One More Reason Why the Rajon Rondo Injury Is the Worst 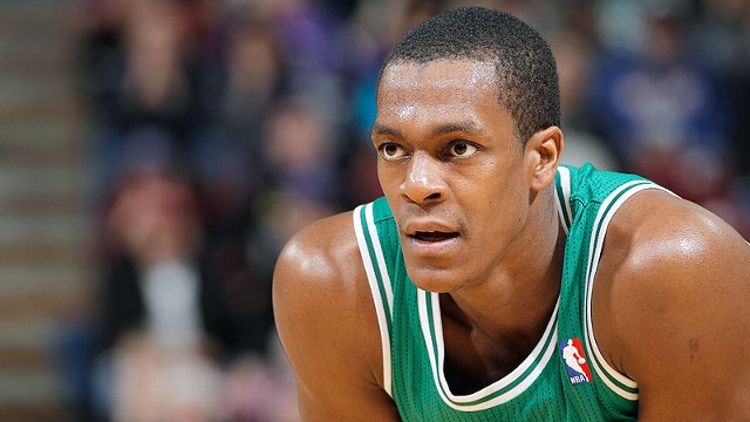 The Dunkin’ Donuts Turkey Sausage Wake-Up Wraps are tasting a little bitter in Boston this week. Rajon Rondo’s out for the season, and out with him, in no particular order: all gorgeous, mind-boggling passes whose lanes could have only been spotted by no. 9, having briefly entered the fourth dimension; all team outings to the Roller World in Saugus; and, of course, all rational hopes for another Celtics title run.

Now usually, in this kind of general “elite player out” situation, there’s a silver lining. With the hobbled fellow a totem, the team rallies — all grit and heart and Michael Jordan’s secret stuff — and becomes a scruffy lovable underdog. (You know, like Varsity Blues). And on paper, there’s no reason why that can’t happen. Imagine: Pierce, pumped to still be in Boston despite trade talks, and KG, pumped to be anywhere at any time always ever, lock into a newly spirited level of basketball. Leandro Barbosa, enjoying newfound playing time, does it big for São Paulo. Jason Terry sells his soul to Satan and regains the ability to play basketball. The Celts squeeze into the playoffs, give someone a scare, maybe even win a series.

But this being Rajon Rondo we’re talking about, things can’t be quite that simple.

Wiser men than I have already broken down for you what Boston’s best options are going forward, and damn if they aren’t depressing. Basically, we’re talking:

Danny Ainge is the kind of guy who talks tough about crushing all sentimentality in his mind vise, and that means if the right offer comes in for Pierce, dude’s out of here. (Garnett’s got a no-trade clause and a heftier contract, so that one’s more complicated). But I’m a mawkish dude, and so as much as I want to think long-term, I can’t help but hope that offer doesn’t come in. Here’s Pierce, at practice on Tuesday: “I want to retire as a Celtic. That’s been my longtime goal.” Aww, he wants to retire a Celtic! Let em! Leeeeet eeeeem!

On a more practical level, as Zach Lowe pointed out on the BS Report, most likely nothing happens. As many swaps as there are that make sense, the best bet is that inertia will hold, and everyone will stand pat. I’m with it, and I’ll start whipping up the “Paul, You Retired As a Celtic” cake whenever we need it.

So now we’re back to a best-case scenario being the team, decimated and ravaged, rallying around their felled and fearless PG. But here, it gets weird. When the Bulls overachieve without Derrick Rose, it’s a heartwarming sight. But there’s never a shred of doubt that that team belongs to Rose, and that the only way they reach higher ground is with him back. If the Celtics overachieve without Rondo, it’ll mean we start hearing who needs Rondo anyways.

There’s a few reasons why, starting with the glaring reality that the team wasn’t that good so far this year with him, anyway. There’s also some damning numbers floating around, for all the world to see. As CelticsHub puts it, with a fancy chart and everything, “One of the more persistent storylines is the idea that the Celtics are just as efficient — both offensively and defensively — with Rondo as without him.” They go ahead to debunk that theory, with even more fancy charts, but it doesn’t really matter what’s true. If the team does overachieve, anti-Rondo momentum — always near surface level anyway — will be cresting.

For almost his entire career, Rondo’s battled the locker-room killer tag; this offseason, with Ray Allen dipping out, it reached peak capacity. Now imagine the Celts going on a little run without him. Next, a couple of veiled quotes about improved team chemistry, and we’re basically assuming Rondo’s been throwing mouse traps in these dudes’ lockers for the last couple of years.

Looking closer at this season, there’s another tidbit that’s hard to ignore: The Celtics’ two best games — the Honey Nut Knicks game, and this Sunday’s double-OT squeeze-out against the Heat — came without Rondo. Why did the two biggest wins come without the team’s best player? I have no idea. The sample size is too small, and we don’t know if that’s just fluky or circumstantial. But it doesn’t matter. The numbers, the big wins, the locker-room stuff: If it can be argued the team gels better without Rajon, it will be.

It’s a tenuous kind of stature that Rondo enjoys. Everyone knows he’s the best player on the team. Everyone knows the team tried to give him the reins this year. But everyone’s ready to cut him down, too. For all his manifold aesthetic pleasures, the flaws are never far from sight. (That’s why it’s almost easier for non-Boston-fans to grieve the ACL; they can just talk about how fun he is to watch, without worrying about all the baggage.) Technically, the 2008 ring bolsters that stature. If you’ve won already, you get some kind of partial criticism immunity, right? But he was more or less an afterthought on that squad — slotted into the starting lineup because half the team was traded away to get KG, then handling his position admirably. The mercurial wonder we now know as Rajon Rondo only bloomed later.

Right now, a silver lining, best-case scenario means a successful narrative transition, from “underperforming fringe contender” to “fuzzy, feel-good underdog of triumph and good will.” But not really. The team overachieving while Rondo does monster walks in physical therapy means at least starting that conversation about what Rondo’s true value is. And that’s a depressing conversation.