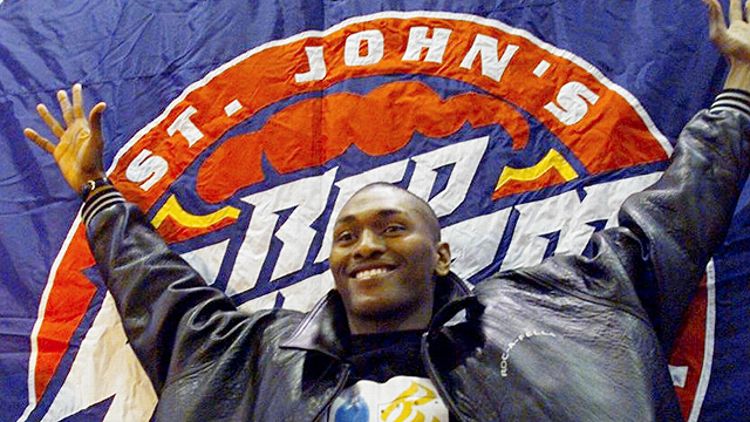 The New York Knicks, generally speaking, have a certain stylistic method to their player acquisitions. It’s something like equal parts money, mothballs, and nostalgia. Splashy names like Penny Hardaway, Tracy McGrady, Jason Kidd, Kiki Vandeweghe, Xavier McDaniel, and Rolando Blackman all sounded pretty good as long as you didn’t happen to notice what the current Gregorian year was. This is nothing new. The Knicks tried to lure a 40-year-old Wilt Chamberlain out of his surely sexy-time-laden retirement in 1975, because, hey, it’s WILT CHAMBERLAIN AND HE SCORED 100 (on us, 13 years ago)!!! It’s like New York GMs throughout history have been picking players as if flipping through a bin of greatest-hits records. “Ooooh, Penny Hardaway! I loved those commercials! A little scuffing around the jacket and the sleeve is missing, but it might still play.”

So here we are, digging in the crates yet again, when, say — what do we have here? A Metta World Peace, née Ron Artest, released on Tru Warier Records in 1999. And, dude, this is my JAM. Concrete jungle where dreams are made of, y’all!

After falling victim to the Lakers’ amnesty guillotine and failing to find any takers during the 48-hour waiver period (during which Metta proclaimed his intention to play in China; play arena football; play hockey; work at the Saladish in Pasadena), Metta signed with the Knicks for the remainder of their midlevel exception. For Knicks fans, this is a particularly satisfying move, because it rectifies one of the more embarrassing missteps in Knicks draft history: the infamous selection of human dunk contest blow-up doll Frédéric Weis over the New York City native and St. John’s–matriculated Artest in the 1999 NBA draft. I see you, Ed Tapscott!

The Weis pick — together with the decision to trade Patrick Ewing rather than let his contract expire, Allan Houston’s totally preposterous $100 million contract, and Antonio McDyess’s kneecap bifurcating like a communion wafer before he could even play a game — represents the Nostradamus quatrain of Knicks millennial doom. The Ewing trade and the Houston contract were dumb, franchise-damaging moves, but I at least understood what the team was trying to do: rebuild on the fly and lock up a talented offensive player, respectively. McDyess had a history of knee surgeries, but this injury was the act of a callous and vengeful god. Not drafting Artest — a player whose skills perfectly matched the defense-first culture of the club at the time — was inexplicable. Pourquoi Weis, Ed Tapscott?

We had a chance to get a very talented big man at the center position. It was too hard to pass up. We are delighted to have a center work with Patrick and learn from him and hopefully down the road step into his very, very large shoes.

Down the road, in the summer of 2000, young Monsieur Weis was getting his tawny hair parted by Vince Carter’s half-man-half-inseam in the Sydney Olympics and Artest had just got done averaging about 12 points, four rebounds, three assists, and two steals in his rookie year with the Bulls. Weis — perhaps out of embarrassment, perhaps out of wisdom — never played in the NBA. Metta has played 14 years in the NBA, during which … well, I guess you could say some stuff happened.

Now, you might retort with “Hey, Metta said he’s glad he wasn’t drafted by the Knicks because he wasn’t ready for New York and they were right not to pick him.” To which I would say “Yes, and he also said maybe he would work at a restaurant called Saladish.”

For me, the basketball considerations of signing Metta are almost secondary to just having him back in New York. He’s a prodigal son and one of the all-time NBA (for good and for ill) personalities. New York isn’t winning the title, so let’s make this entertaining. And J.R. Smith + Metta World Peace = Are you not entertained!? (Disclaimer: It’s July, and I’ve been fully enjoying spending my NBA-less nights catching up on reading and leveling up my second Skyrim character. My caring about lineups/minutes/positions is sure to increase once camp starts.)

But, OK, nuts and bolts. Assuming the spread small-ball attack that the Knicks rode to 54 wins was an actual strategy and not a glitch in Mike Woodson’s iOSBeard operating system, and considering the rise of similar tactics across the league and the smaller power forwards that come with them, Metta is a good fit for New York. Despite his lack of an accelerator pedal, he knows how to use his strength and positioning to still be a plus defender. And, more importantly, he wants to play defense — a rare commodity indeed for the orange and blue these days. On offense — again, assuming last year’s Knicks offense was on purpose — Metta will be asked to splash 3s. Good news: Metta likes to take 3s and neared a career high with 5.5 3-point attempts per game last season (he took 5.6 per game in Houston one season). Less good news: Metta is a career 34 percent 3-point shooter and has shot above league average from deep twice in 14 seasons.

But, listen, this is about righting a wrong just as much as it’s about the on-court considerations. Knicks fans, i.e., myself, genuinely rue the team passing him over in ’99, because how cool would that have been? A New York–born, Queensbridge-raised St. John’s product, made good for the hometown Knicks. It’s basically the daydream of thousands of kids bouncing basketballs in driveways and parks across the city. When I grow up, I’m going to play for the Knicks. I’m going to play at the Garden.

True, that sounds more like a thinly veiled voodoo curse these days — after a decade-plus of Madison Square Garden being something like a 24-hour rave at the Ibiza of Hades — but in 1999, the Knicks were coming off of 10 years of relevance, two Finals appearances, and some of the most memorable playoff games ever. And, after Oakley and Mason, and with Ewing still there, and Jeff Van Gundy running the show, Metta would’ve fit right into that tradition. I know, this is counterfactual time-travel-to-kill-Hitler stuff, but Knicks fans really believe that. And if Metta accidentally/purposefully elbows KG on Christmas Day and is suspended for the year, I suspect Knicks fans will consider his signing a soaring triumph based on that alone.