On the Brink of Survival, Remembering Sunderland’s Heartbreaking Relegations 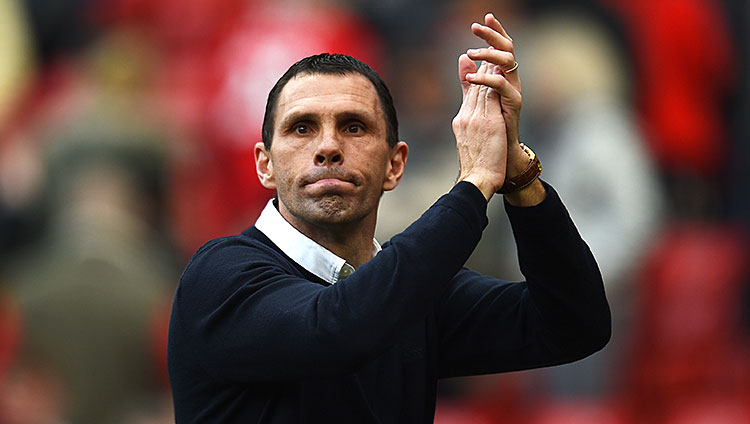 On Wednesday, Sunderland will play West Bromwich Albion in a bid to secure their Premier League status. This comes after the most unlikely series of results, including a 1-0 defeat of Manchester United at Old Trafford, a thrashing of Cardiff, a stunning of Chelsea, and a stumbling of Manchester City.

With Cardiff and Fulham gone, and Norwich hanging by a thread after the weekend’s results, Sunderland realistically need a point from their next two matches, even if Norwich get something against Arsenal in their last game.

I’d say I was relieved, but this is Sunderland. I have an actual “top five most memorable relegations in my lifetime” for this club. Even with the most recent miracle run, part of the condition of Sunderland fandom is waiting for the other shoe to drop. Indeed, there’s a sick part of me that actually greeted the possibility of legal action from the relegated teams, as an inevitable return to the natural order of things.

In case you haven’t read about that — owing to watching developments at the other end of the table, or serial chewing on Tony Pulis Vines — somebody checked a box wrong on a form for a player who may or may not have been responsible for Sunderland earning zero points in three games and one point in a game they were losing, 2-0, when he was subbed off.

The league could have docked that point, but had it in its discretion not to, and now Cardiff, Fulham, and Norwich are considering a legal challenge, which should it succeed (and to be honest, it doesn’t look like it has time to) would certainly be a novel way for the gods to kick Sunderland fans in the teeth.

On the off chance they should succeed, I would definitely have to reconsider my top five Sunderland relegations, which, in case they aren’t seared in your memory as they are in mine, are listed in chronological order below (I’d say order of misery, but occasionally the memory of one rises from the depths and twangs a nerve just so, shifting the order — I live with them):

1. Why I Hate Jimmy Hill

Jimmy Hill helped abolish the maximum wage for footballers as a PFA rep, played for the otherwise inoffensive Fulham, and was the presenter of the football highlight show of my childhood, BBC’s Match of the Day.

In 1977, though, he was chairman of Coventry City, who were playing Bristol City on the last day of the season. Both teams could have been relegated, as could Sunderland depending on the results of their games. Hill delayed the kickoff of their game 15 minutes, blaming “traffic congestion,” then with Coventry having lost a 2-0 lead and reeling against a resurgent Bristol City, he announced over the P.A. that Sunderland had lost against Everton, ensuring the tamest remaining quarter-hour of football you’ll ever see. He still can’t show his face in Wearside.

What Bob Stokoe did for Newcastle-Sunderland relationships, by being the Geordie who won Sunderland the FA Cup in 1973, Lawrie McMenemy undid 14 years later. He was the Geordie who took them down to the third division for the first time in their history, and he’s the main reason Steve Bruce, the childhood Newcastle fan, was on such a short leash at the club years later.

Mackemenemy arrived at the club, then in the second tier, as the highest-paid manager in English football (read that phrase again — I’ll wait), charged with restoring them to the top division.

Having misread the memo, he did indeed get his side out of its division by narrowly avoiding relegation in his first year, then leaving before the job was done in his second year — allowing just enough time for Stokoe to return to the club for a second spell and get an undeserved tarnishing of his reputation as the inevitable relegation occurred. Stokoe has a statue outside the stadium, though. Big Lawrie, not so much.

I actually wrote about this one earlier this year, though the little mention of Luton Town has a slight layer of irony in it with the current legal grumblings.

This was the year the BBC cameras followed manager Peter Reid and coach Bobby Saxton around as they turned the air blue. Forget Being Liverpool PR set pieces, this was warts-and-all TV. Or warts-and-f—ing-all TV. The Premier League was still in its infancy, and this oddly innocent document captured a Sunderland team sleepwalking to relegation (despite gaining the “safety” threshold of 40 points) as their manager cursed at them and their chairman worried about gold taps for the executive washrooms.

With Reid having apparently lost the dressing room at the end of a typical escape-by-the-skin-of-our-shinpads season in 2002, the 2002-03 season started with the deadline-day panic buys of Tore Andre Flo and Marcus Stewart and went downhill from there. Reid was sacked and replaced by Howard Wilkinson, who hadn’t managed in years. Sergeant Wilko and his furiously scribbling assistant Steve Cotterill managed a half-season of ineptitude before being replaced by Mick McCarthy in March. McCarthy inherited a six-game losing streak from Wilkinson and added nine of his own to end the season with a then-record-low 19 points.

Impressively, McCarthy broke his own record by getting Sunderland back up in a couple of seasons, then going back down with 15 points in 2006. But somehow the 19-pointers, in setting a new precedent for ineptitude, hurt more.

And now we have the Gus Poyet miracle team that could yet by undone by a thousand paper cuts if the lawyers have their way. I’ll be watching from thousands of miles away on Wednesday, hoping that at least Sunderland do what they have to on the footballing side. If I’m going to be crushed, let it at least be by novel means. Though frankly, I think this fan has had enough character-building defeats for one lifetime. Isn’t it Jimmy Hill’s turn?