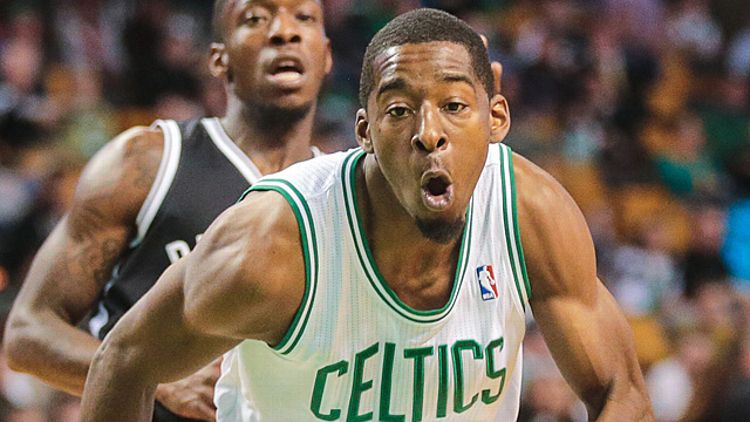 When I started this column just two days ago, I had a vague yet visceral premonition that it would end like this. I knew that at some point between now and the NBA Finals, I would doubt our betting process, our logic, our gambling heart. I knew this would all end somewhere in Reno, maybe at the Eldorado, with me slinking around the casino floor like Elliott Gould in California Split and My Scrabble Friend staring wistfully at a photo of his now ex-wife, saved on the disconnected iPhone 3 he stole out of his mother’s hoarder box. Yes, Reno, where we, two yellowed (only partially racial) weeds (only partial drug reference), hustle Korean tourists who got hustled by Korean travel agents (VISIT THE NEW LAS VEGAS: RENO!) for six-team parlay money.

I had already made my peace with our ugly end. It’s better than being a word clown for the bourgeoisie. Bring on Reno, I thought, and make Reno hurt. I just didn’t think Reno would come so quickly.

So, please excuse me while I spit on the floor and screw my face up into my best young Elliott Gould look of despair while this song plays over tinny speakers in Reno’s worst bar.

These were our picks. The actual results are in bold.

It is hard to miss three NBA bets, none of which are big money-line underdogs, by a combined 58 points, but we did it. In fact, I would argue that it would probably be easier to go 5-0 than it would be to go 0-3 and miss by this much. We also bet Miami -6 last night and watched in horror as LeBron missed a free throw that would have given us a push and then Mario Chalmers do this with Miami up five …

So, here’s my best gambling advice.

(I do recognize the glaring irony of embedding Townes Van Zandt and Seinfeld videos in a post that complains about bourgeois shit. I had no choice in the matter. I cannot control the range of college radio options I was born into.)

On the official record, me and My Scrabble Friend are 6-11. In reality, we’re 8-11 because we snuck in a bet we like to call the Jordan Crawford Special. Boston has a plus-2.8 scoring margin in the first half. In the second half, that number drops to minus-6.8. Usually this is Jordan Crawford’s fault, so we named the bet after him.

We take the Celtics in the first half and we take whoever they’re playing in the second. If you’re dreaming of some 2004 Haralabos Voulgaris gold mine where Vegas simply cuts the total spread in half, I am sorry to report that Vegas has been all over the place trying to predict the Celtics’ second-half lines. The Celtics led the Grizz by four at the half on Monday, but the halftime number was Grizz -9. We took the Grizz anyway and won. On Wednesday, the Celtics were up 16 at the half against Utah, but the halftime number was Utah -2.5. We took Utah and watched in horror as the Celtics opened up a 25-point lead in the third quarter. Then Brandon Bass and Kelly Olynyk and our main man Jordan Crawford brought Utah storming back to easily cover the -2.5. It was glorious.

The logic behind the Jordan Crawford Special: Boston is tanking so hard that Brad Stevens has already ordered a nine-month back supply of Zoloft from a Canadian pharmaceutical website and a ricin pill in case the Celtics miss on the lottery and have to pick “the Australian guy.” On Wednesday night, Utah’s announcers were so disgusted by the play in the second half, even during Utah’s “run” (the scare quotes are there to indicate sarcasm because saying Utah went on a “run” is like saying you “rallied” to win a fight when your opponent inexplicably started punching himself in the groin), they started sarcastically saying things like, “Courtney Lee enters the game. He’s played well, so it makes sense that he’s been on the bench.”

So our bet for today will actually be two bets. Take the Celtics +3.5 in the first half at Orlando and then bet the Magic in the second half, as long as the number doesn’t get too crazy.

As Danny Chau pointed out in the last NBA Shootaround, the Jazz have been playing a whole lot of Richard Jefferson. I agree with Danny that this is very funny when placed in the context of a basketball competition. It would be less funny if the competition were “Who was the most handsome NBA player in 2004?”

The Jazz are 30th in points per possession at 0.801. The Bulls are 29th at 0.83 and just lost by 17 to the Pacers, who were on the second night of a back-to-back. To be fair, that game was a lot closer than the final result, but the Bulls had four days to prepare and just didn’t seem to have any ideas on offense. I can’t tell if this game is going to be 105-80 or if it’s going to be 90-60, but either way, we’re going with the under. These two teams average a combined 180 points, and although I think the Bulls are still the third- or fourth-best team in the Eastern Conference, they’re still a bit of a mess right now. Also, Utah might score 50 points this game. We take the under.

Framey’s Parlay of the Day

In our first installment, I told you about our friend who knows nothing about basketball but likes to put together stupid parlays. (His other hobby is going to Chinese restaurants in the Outer Richmond and the Sunset that have three stars on Yelp because he knows he won’t be bothered by his fellow white people.) At our mutual Scrabble Friend’s bachelor party in Tahoe, Framey hit some ridiculous seven-team parlay that I refused to join in on because I thought it would be funny to laugh in everyone’s face when they went 1-6.