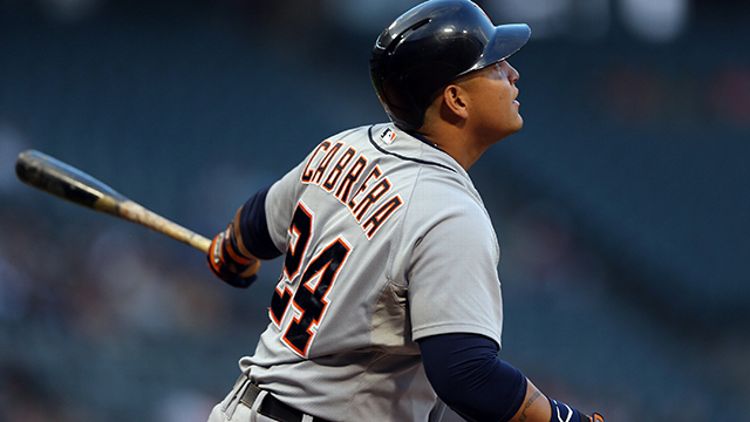 Has any team gone from “national darling” to “completely ignored” in one year while still being a really good baseball team? Granted, the Orioles spent last season winning what felt like 87 straight extra-inning games, and their flair for the dramatic has ebbed slightly in 2013. But this club is still 10 games over .500 and just 2½ games back of the last wild-card spot. It’s almost a shame that they’ve been lost in the Dodgers-Pirates-Royals-Rays feisty-underdog shuffle. The Orioles are essentially like your friend’s 6-year-old kid who’s amazing at piano. The first time you see it, you’re genuinely impressed. The second time, you’re more like, “OK, we get it, the kid’s good at piano, let’s do something else,” and finally you stop going to their house at all because you can’t take the piano anymore. Meanwhile, the kid is like, “What did I do? Sorry for being awesome at the piano, dicks.”

8. Clayton vs. Pedro: A Duel Against History (Saturday, LAD-PHI)

With a month and a half left in the season, the Clayton Kershaw ERA watch is on. Why? Because if he pushes his current 1.88 ERA even lower, he has a chance to finish the year with the best numbers of the millennium. His competition, you won’t be surprised to know, is Pedro Martinez, who posted a career-low 1.74 ERA in 2000. If Kershaw starts one of every five games from now until the end of the season, he’ll take the hill nine times, including Saturday’s start. That gives him plenty of time to catch Pedro, but it also provides plenty of room for error. And the shot at history doesn’t stop there. If he can somehow beat Doc Gooden’s 1.529 ERA from 1985, he’ll have the lowest season-ending numbers since Bob Gibson in 1968. All of which is to say that you should be watching the best pitcher of our era whenever you get a chance, and also, since we’re here, let me just note that it was total B.S. when he didn’t win the Cy Young last season.

Two days ago, Miggy finally took the RBI advantage from Chris Davis with a three-run jack against the White Sox. He’s already leading in batting average by 30 points over Mike Trout, and only a massive slump could cost him that crown. Which leaves home runs. As of now, Davis still has a healthy lead with 44 to Miggy’s 38. In the second half, though, Cabrera is on an absolute tear, with eight home runs in 18 games. Meanwhile, Davis has seven in 24 games. Just for kicks, let’s use some math to prognosticate how many more they’ll hit this season if they keep up their current paces. Here’s how it works out:

So, obviously this is not very scientific since there’s no guarantee either player will maintain the pace of the last 20-odd games, but if their output did remain steady, Cabrera would finish with 57 home runs, while Davis would end with 56. Hence, a Triple Crown. Now you know.

Fun little series. Funnnnnn little series. Much like an actual snake, the Diamondbacks have proved capable of surviving in harsh conditions; namely, the recent Dodgers hot streak. Instead of fading into the shadows, they’ve put together a nice resurgence to stay at five games over .500 and at least give themselves a shot at a wild card. (Though, to be honest, it’s still a long shot when you consider the strength of the bloodthirsty NL Central troika.) And much like actual Pirates, Pittsburgh will try to “steal” the “gold” of Arizona’s playoff chances, and “bury” the “treasure” so the playoffs can be all their own, and oh God, I’m done with this section.

5. Just Give the Dodgers Their Rings Now (LAD-PHI)

They simply cannot lose. The season is over. Even when it looks like they should really, really lose, something like this happens:

Classic Scully there: “And the magic has come back again!” Such joy in that man’s voice. I don’t care what anybody says, I think he’s a really good baseball announcer. Anyway, the Dodgers have now won eight straight games and are 23-3 (!!!!) since the All-Star break. If you want to go back even further, they are 40-8 (!!!!!!!!!!) since June 22. The Dodgers’ record was 30-42 before playing that day, and now they’ve brought an entire division to its knees and are surging toward the best record in baseball. This is insanity, and all we can do is watch and pray. Pay attention to Friday night’s game, when Zack Greinke takes on Cliff Lee in one of the best pitching matchups of the weekend. But not quite the best, because …

You already know about Max Scherzer, right? His 17-1 record (bolstered by a lot of run support), his 181 strikeouts and 2.85 ERA, and how he’ll almost definitely finish somewhere in the top three of AL Cy Young voting? Good. Now, let me reintroduce you to Bruce Chen. The veteran lefty started out in the pen for the Royals after a horrid spring training, but as of July 18, he was promoted back to starter. He’s only had six starts since then, but man, look at the numbers — 38⅔ innings, 19 hits, 4 runs (0.93 ERA), .144 opponent average, 29 strikeouts. Sure, his BABIP has been .160, so there’s a little luck involved, but no amount of luck can account for those numbers. Most crucially, he’s lasted at least six innings in every start. I’m sure the Royals had some positive expectations when they moved him into the rotation, but so far the Bruce Chen experiment has succeeded beyond their wildest dreams. Without him, they wouldn’t be looking at a chance to make the playoffs for the first time since 1985.

Yeee-haw! You know what, though? This series feels a little weird to me from an aesthetic angle. Maybe the team colors clash in my brain or something, but a Cleveland-Oakland battle just doesn’t give off a good vibe. First of all, what is a “cleve,” and why did they name their city “the land of cleves”? Second of all, is “Athletics” the least creative nickname in all of sports? Why not just name your team the “Sports Players”? Sorry, but I’m not feeling this matchup right now. (Turns out, Cleveland was named after this guy, who, judging only from that photo, seems a littttle douchey.) Last question: How Cleveland is it that when the Indians finally put together a decent season, they get upstaged by the Royals? That’s so Cleveland!

Alfonso Soriano is just the spark this crazy club needed! He’s a one-man army! A hitting robot designed to destroy the rest of the AL East! With him on our side, there’s no stopping the Yankee machine as we slaughter the infidels and surge to another World Series! I’m not saying Soriano is a mystical savior or anything, but then again, I did find a corn flake in my cereal bowl that looked just like his face, so make of that what you will. It just feels like destiny, and YES, I’M DELUSIONAL, BUT LET ME HAVE MY MOMENT, PLEASE! DONNIE BASEBALL IS ABOUT TO WIN A WORLD SERIES AND WE’RE STUCK WITH A MAN WHOSE NICKNAME IS NEUROTIC JOE AND NOW DONNIE BASEBALL IS LAUGHING AT US FOR TURNING HIM DOWN IN 2008 AND WE’LL PROBABLY HIRE SOMEONE LIKE GRADY LITTLE OR A-ROD OR MITT ROMNEY TO MANAGE THE TEAM NEXT, AND BY MANAGE I MEAN KEEP TRACK OF SOCIAL SECURITY BENEFITS BECAUSE WE’RE SO OLLDDD BAHOOOO BAHOOOOOOOOOO!!!

1. The Continuing Escapades of the Kansas City Royals (KCR-DET)

Last week, I demanded that they prove themselves against the Red Sox. They responded by winning three of four from the best team in the American League. Now, I ask them once more: Prove yourselves against the division leaders. This is a five-game set with a doubleheader on Friday and the aforementioned Chen-Scherzer pitching gem on Sunday. The Royals experienced a bit of a setback during the week, dropping two of three in what should have been a gimme series against Miami, and it’s easy to imagine the Tigers reasserting their dominance in the next few days and ending the Royal revolution almost before it began.

The upstarts will have to face the murderer’s row of Detroit starting pitching — Sanchez, Verlander, Fister, Scherzer — and simultaneously try to contain the second-best run-producing offense in baseball, anchored by a guy (Cabrera, duh) who is starting to look like a once-in-a-generation offensive force. The unfortunate aspect of a late playoff push for an underdog like the Royals is that it just never gets any easier. Slay one juggernaut, and another appears in its place. The reality is that while ultimate success is still far off in the haze, each series presents a new chance to lose all the momentum and slouch backward to .500. Let’s see what you’ve got, KC.