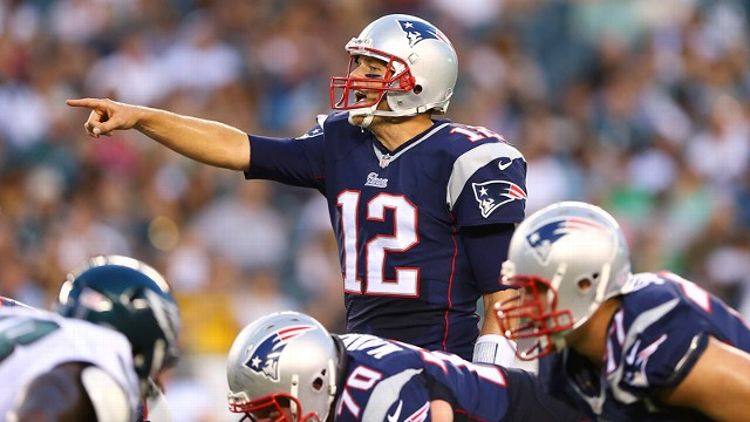 When the Patriots’ offense takes the field against Tampa Bay tonight, Tom Brady will be under center. Typically, that would be unremarkable news, but after Wednesday afternoon’s injury scare, even a preseason game is something to celebrate for Patriots’ fans (and really, for anyone who cares about the NFL).

We already know what a Bradyless season looks like, following his Week 1 2009 ACL tear that cost him the entire year, but Wednesday afternoon was just another excuse to consider what Brady has meant to New England for the past decade. Their postseason stumbles remain the freshest memories from the past few Patriots seasons, so much so that it’s easy to forget that with Brady, the team has double-digit win totals every year since 2003. Think about that. Since 2007, he’s thrown for at least 3,900 yards every year; he’s topped 4,800 three times.

At this point, the Brady story is incredible enough to have become insufferable. We’ve all seen that shirtless combine photo by now. We all know Tom Brady went in the sixth round. Most people know Mo Lewis’s name for one reason. None of that changes the fact that every week, Tom Brady still plays quarterback in a way that few players ever have. This year figures to be his toughest in some time. Gone is the Pro Bowl talent that populated New England’s receiving corps for the past five years, replaced by a group of no-name kids. I don’t think anyone would be surprised, though, if this ended up being just another 10-win season in New England, and by Week 5, a couple of those no-name kids ended up famous. Brady’s work is cut out for him this season, but I know I’m glad I get to watch him do it.

This Week in Internet: When Is Puff Daddy Gonna Buy the Clippers?