This Week in Internet: When Is Puff Daddy Gonna Buy the Clippers? 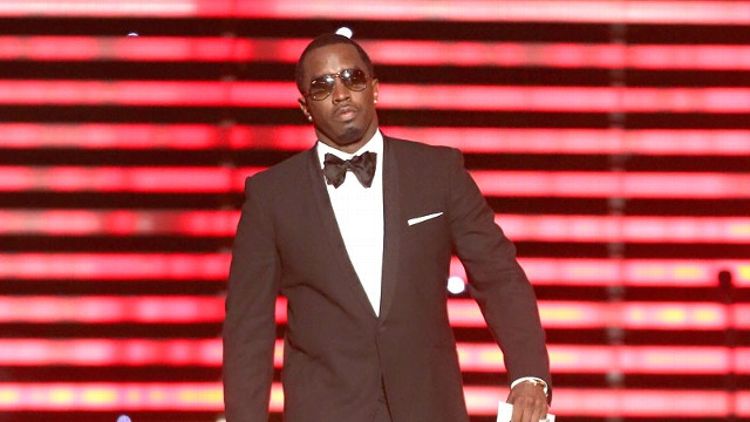 The Internet is a big place, and in the age of social media it’s important to stay current on all the ridiculous things that happen in sports (and elsewhere). Every Friday, we’ll catch you up on very important stories you might have missed. This week, we begin in the mid-’90s.

There have been plenty of amazing humans throughout history — inventors, leaders, humanitarians, visionaries — but when we talk about the most amazing humans of modern times, there are two people who get overlooked way too often. The first is Bill Clinton, because Bill Clinton invented swag, and we don’t talk about this nearly enough.

And then there’s Puff Daddy. I checked Twitter late last night and saw writer Dream Hampton telling a Puff Daddy story, and it was a good reminder that we don’t appreciate Puff quite as much as we should. The tweets have since been deleted, but that doesn’t mean we can’t keep the story alive.

It started with Puffy moving into a condo on Park Avenue sometime in the mid-’90s. This was before hip-hop had gone all mainstream and people like Jay Z were partying in the White House and everything. When Jay Z went to the Hamptons in 1999, it produced amazing stories like this, and probably horrified just about everyone associated with the Maidstone Club. Even if hip-hop was taking over pop culture, the whitest, wealthiest parts of America weren’t quite ready to embrace people like Jay Z and Puff Daddy.

So when Puff Daddy moved into the building on Park Avenue, he apparently found that his new friends in the building were “racist, rude, closing elevators, and refusing him basic greetings when they found themselves sharing a ride with him.”

What was the solution?

Well, obviously, he bought the building.

But then he took it to another level. Buying the building wasn’t enough.

Instead of evicting people or trying to win over anyone, he just turned off the hot water in the building and then left town for a few months. When he got back, his racist neighbors were gone. KING SHIT.

We don’t know whether that story is 100 percent true, but it’s perfect, so let’s all agree to roll with it regardless. The world is a better place if Puff Daddy is buying apartment buildings to flush out racists.

And, obviously, we can’t discuss apartment-building racism without mentioning Clippers owner Donald Sterling, so let’s make this our official petition for Sean Puffy Combs to take back the Clippers from Donald Sterling somehow. Whether that involves he and Mark Wahlberg getting filthy rich off bottled water or Puff reaching out to a team of investors to force Sterling’s hand, it should happen. In the meantime, that Park Avenue parable is a good lesson for anyone dealing with stupid assholes. When in doubt, BUY THE WHOLE DAMN BUILDING.

And speaking of Puff Daddy …

I didn’t think it was possible to love Jason Dufner any more than I did after this picture, but then he won the PGA Championship, we found out his nickname is Duff Daddy, the picture above happened … and Duff Daddy is everyone’s favorite golfer from here on out. He is more proof that the best part about being rich and famous is that you can look like a well-fed homeless person and people are still obligated to take you seriously. Long live Duff Daddy. Jim Nantz is probably so disgusted by his entire existence, and that’s why we should all love him forever.

The Hockey Offseason Is Getting Weird

The Best Breaking News of the Baseball Season

From the Tampa Bay Times: “DEVELOPING: Manager Joe Maddon had a 20-foot python brought into the Rays’ clubhouse before tonight’s game against the Mariners in his latest team-building activity.”

And hey, sure enough!

That is definitely a snake.

Snakes are horrible and have haunted my subconscious for years — even that picture gives me chills — but sure, we have to applaud the sheer insanity of bringing a 20-foot python into any sort of workplace. Plus:

A snake is a risk taker and a wellspring of ideas. They fit into the Rays Way. Asia was a big hit today. pic.twitter.com/wrZTY9nR0p

A snake is a wellspring of ideas.

1. That is gibberish, Joe Maddon.

2. Make no mistake: A snake is a wellspring of venom and evil.

3. Look at this link that Barnwell shared yesterday. Snakes are horrible.

5. Put that python in a giant microwave.

Matt Barnes’s Wedding: Because NBA Weddings Are the Best Weddings

And Sebastian Telfair’s velour blazer is the best blazer.

Andre Drummond Is in Love

Two important things we learned this week: (1) Andre Drummond is using Instagram to seduce an actress from Nickelodeon. And it’s working. (2) The secret to Leonardo DiCaprio’s success is romantic bike rides. True player shit, as Shea Serrano would say.

The Circle of Life

The best part of this picture is you definitely could’ve taken the exact same photo of Deion Sanders in his 1989 Atlanta apartment. Junior probably got those sheets from his Dad, actually.

It’s a beautiful thing, watching silk Versace sheets get passed down between generations.

“The substitute lion has drawn ridicule on Chinese social media”

“If this works why would people even bother to go to the zoo!” wrote Guohebaxiaoma. “Children will cry out ‘look a lion came out!’ at the sight of Tibetan Mastiff or ‘look it’s a rat!’ seeing snake on the street…This is totally absurd!”

One of the greatest things about the rise of the Internet has been the easier access to all the batshit insane news that emerges from China and/or Russia. This is easily the best international controversy of the week.

And we end where we started, with spoken word from Puff Daddy’s mini-movie and/or cologne advertisement and/or James Bond audition tape.

“It’s something that we all possess in us.”

“But few answer the calling.”

“Don’t fight what has already been written.”

“Will you answer the calling? To be a King?”