Everything You Need to Know (Which Admittedly Isn’t Much!) About MLB’s Drama-Light Final Weekend 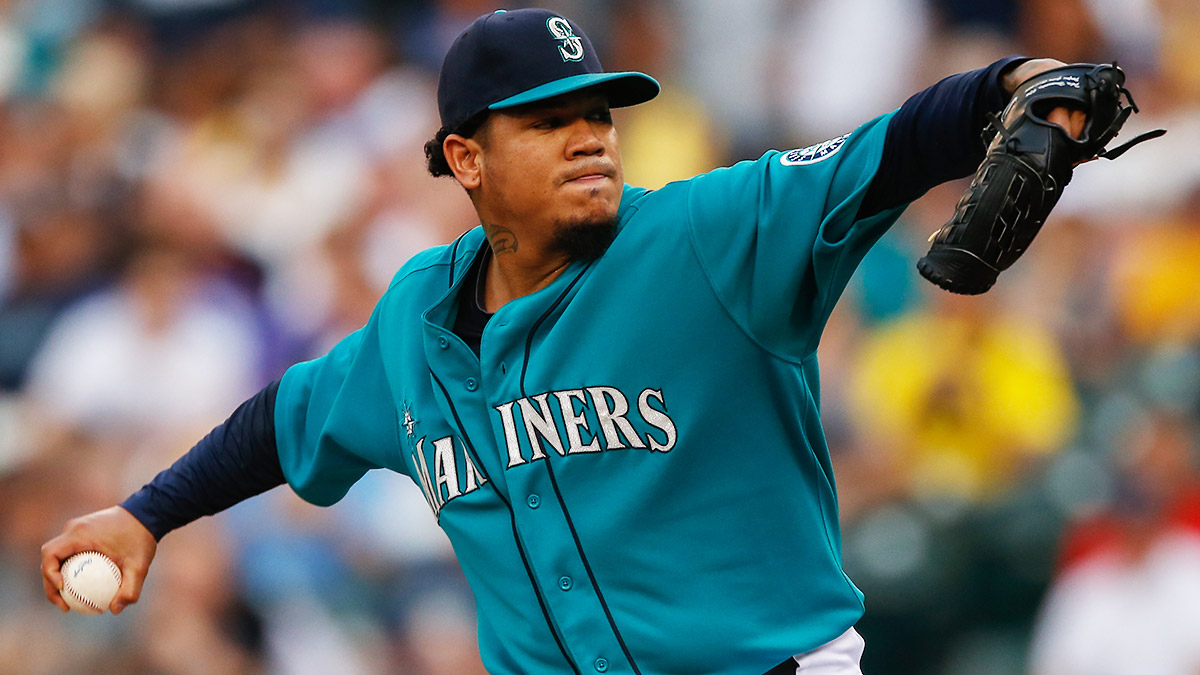 So many great stories from baseball history take place on the last weekend of the regular season, from Merkle’s Boner to the phenomenal final night of the 2011 season. Over at SI.com, Jay Jaffe tracks the possibilities for maximum chaos at season’s end with something he calls Team Entropy, describing scenarios and probabilities in a way I imagine to be very much like President Kennedy’s security briefings during the Cuban Missile Crisis. Some years, we get that chaos, but this year, things are pretty much locked in going into the final weekend, leaving Team Entropy floating sadly out to sea like a stricken oil tanker or an old person on an ice floe.

With three days remaining in the regular season, all that’s left to play for is the AL wild card, where Seattle still has an outside shot; first place in both Central divisions; and home-field advantage throughout the postseason. That last item is even less of a big deal than you’d think: Since 1995, the home team has won about 54 percent of major league games. For a one-game playoff with a full day to travel beforehand, the venue probably won’t be any more of an advantage for the home team than the weather or the umpire assignments would be. And even from a neutral fan’s standpoint, all of the possible wild-card stadiums are at least reasonably telegenic. The only stadium that would make a difference, at least to me, is Pittsburgh, where the noisy weirdos in the stands were so loud during last year’s wild-card game that they made the center-field camera shake and rattled the fillings out of Reds pitcher Johnny Cueto’s head en route to a 6-2 boat racing of Cincinnati. It was one of the coolest games I’ve ever watched on TV, and I’m rooting for a return appearance to PNC Park.

Pittsburgh could be after something bigger than a wild-card spot, though: The Pirates have closed to within a game of first-place St. Louis in the NL Central, and even though the schedule isn’t in Pittsburgh’s favor (it closes against Cincinnati, while St. Louis gets Arizona), it is suddenly within a puncher’s chance of skipping that inconvenient single-elimination game altogether. This brings up the intriguing narrative possibility of the Pirates once again having to go through Cueto to stay alive, only this time in Cincinnati. Maybe this year Cueto won’t drop the ball.

Over in the American League, meanwhile, the big final weekend series takes place in Texas between the Rangers and A’s. If you’d told me before the season that this would be a big series, I’d have believed you. I’d have expected Sonny Gray versus Yu Darvish for the division title. Instead, we’ve got a last-place Rangers team going against an A’s team that would be in real peril of losing its playoff spot if the Indians could turn a damn double play against the Twins or get even one run off Danny Duffy. (If a team can’t do these things, it doesn’t deserve to be in the playoffs.)

You’d think that the A’s, who are throwing Scott Kazmir, Jeff Samardzija, and Gray against the hapless Rangers over the final three games, would be favored, but they’ve now lost four in a row to Texas, and after their performance the past two months, I’m done assuming they’ll play well against bad teams. Kansas City is a game up on Oakland in the wild-card standings and two games behind Detroit in the Central. The Tigers will win the division unless they lose at least twice in three games, at home to the Twins, so we’re probably inexorably headed toward a Royals-A’s wild-card game, with James Shields facing off against Jon Lester.

This weekend looks to be baseball’s equivalent of an overfull elevator, in which nobody changes position and everyone’s kind of miserable. There is one redeeming possibility, however: Seattle sits two games behind Oakland, with three games left at home against an Angels team that has nothing to play for except protecting the home-field advantage that it’s already all but secured over the Orioles. Seattle is in line to throw Hisashi Iwakuma and Felix Hernandez, and if the Mariners sweep and Oakland truly humps the bunk, Seattle could force a one-game playoff for the second wild-card spot, or leapfrog the A’s altogether.

So here we are, huddled around the dying embers of a season drowned in mediocrity and a pennant race dissolved in the acid of nobody actually playing well enough to knock another team out of a playoff spot. The irrational hope, of course, is that such a thoroughly shitty September will be balanced out by a memorable postseason. Keep your fingers crossed.