A Clockwork Oakland: What the Heck Happened to the Once Great A’s? 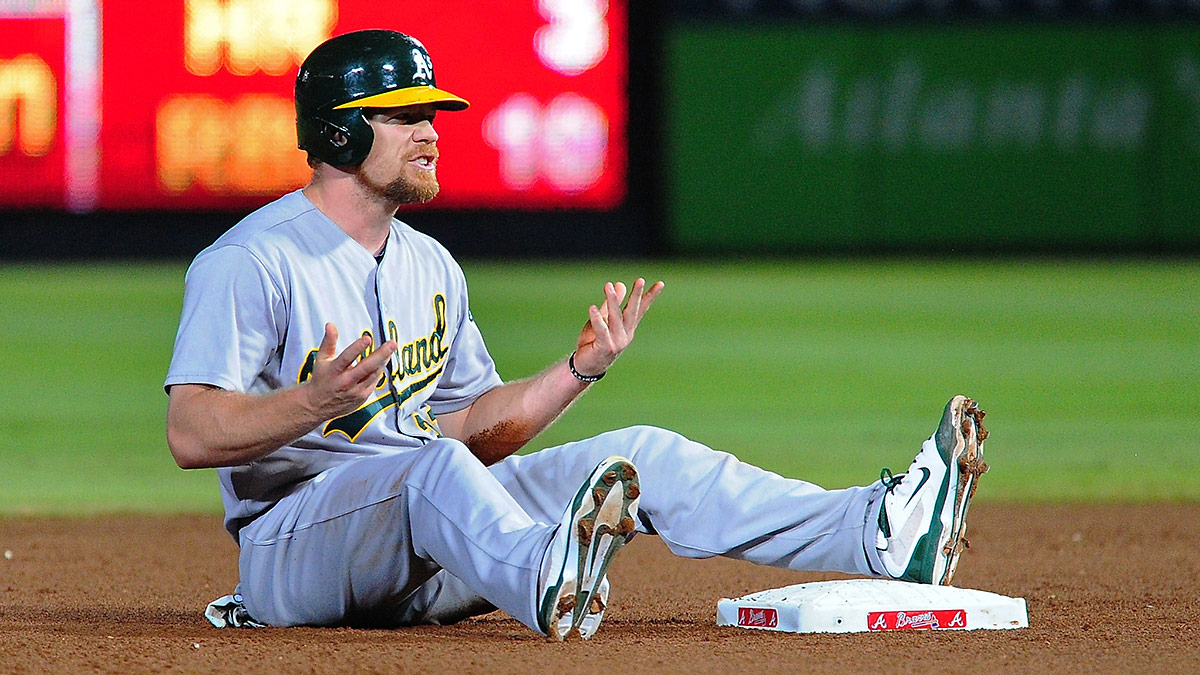 At the end of play on July 30, the Oakland A’s led the AL West by 2.5 games. They owned the best record in baseball, at 66-41. They also boasted the top run differential, outscoring opponents by an amazing 162 runs, which is what happens when a team scores the most runs in the majors and allows the fourth fewest. Based on ESPN’s playoff odds, the A’s had a 99.6 percent chance of making the postseason.

The next day, they traded Yoenis Cespedes to the Red Sox for Jon Lester, Jonny Gomes, and cash. Since that deal, Cespedes has been a run-producing machine, driving in 27 runs in 36 games, with multiple knocks in big spots. The A’s, on the other hand, have been a disaster, going 15-22 since deadline day, including losing nine of their last 12 games.

This Monday’s fiasco loss was the capper. One strike away from securing a much-needed win, sort-of interim closer Eric O’Flaherty served up a game-tying home run to White Sox catcher Tyler Flowers. When Flowers followed three innings later with a game-winning blast off Jesse Chavez, the A’s had pulled off the ignominy trifecta, falling eight games out in the AL West, seeing their wild-card lead shrink to one game over the Mariners and 1.5 over the Tigers, and prompting two breathless “YOU CAN PUT IT ON THE BOOOOOOOARD … YES!” calls from Hawk Harrelson.

While the A’s recovered to win on Tuesday and keep their division deficit at eight, they’re still in trouble, with the Tigers and Royals just 1.5 games behind in the wild-card hunt and the Mariners two games back. It’s been a stunning decline for the team that looked World Series–bound for so much of the season, and at first glance, it doesn’t seem hard to figure out what went wrong.

Before the Cespedes trade, the A’s were an offensive powerhouse, averaging 5.1 runs scored per game. Since then, their bats have gone flaccid, generating just 3.8 runs per game. A popular narrative has thus emerged: The A’s traded hitting for pitching, and it backfired, as losing the 2013 and 2014 Home Run Derby champion has turned Oakland into a banjo-hitting team suddenly in danger of going from prohibitive favorite to also-ran.

That theory is convenient, but it’s also off base. The A’s aren’t losing because they traded Cespedes. They’re losing because everything that could have gone wrong in the last six weeks has. 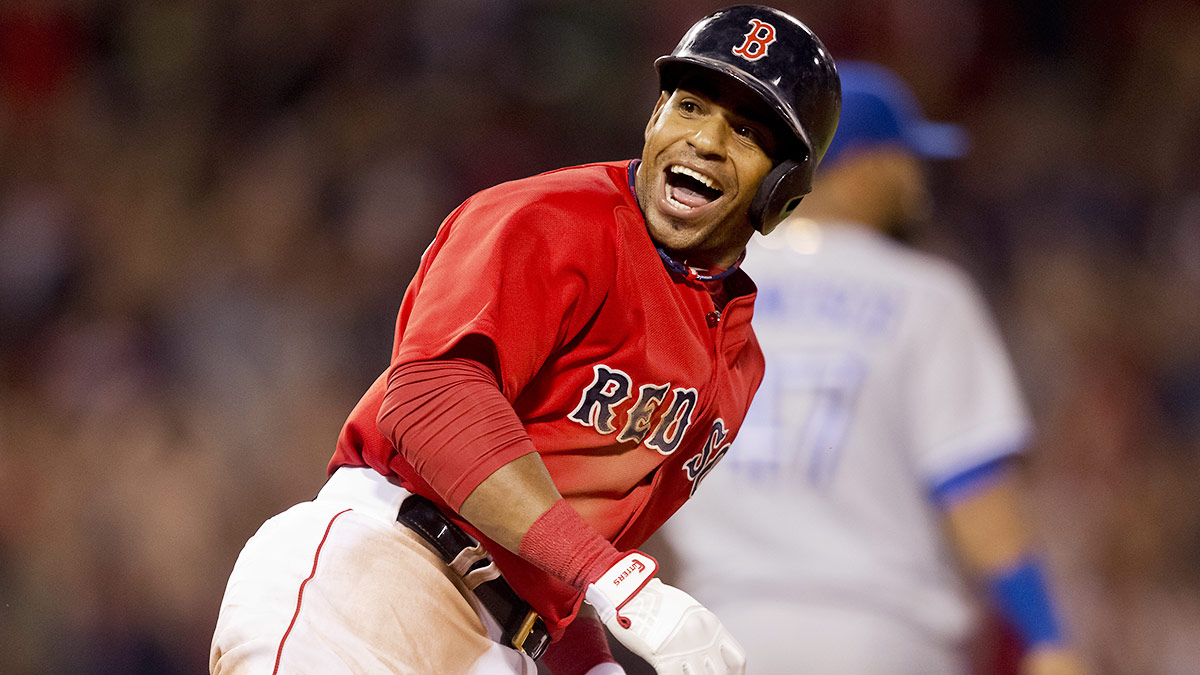 Prior to the Shot Heard Round the White Sox Broadcast Booth, Oakland’s most impactful losses occurred at the end of August. On August 28, at the start of a four-game set against the Angels, the A’s sat just a single game back in the AL West. Win three out of four in Anaheim, and they’d reclaim the division lead; split, and they’d still be in fine shape heading into September. Instead, the A’s got swept.

The offense was terrible, posting its worst stretch in more than nine years …

… but it wasn’t merely because of Cespedes’s absence. Brandon Moss and Derek Norris, two of the team’s best hitters during the first four months of the season, have been ice cold in August and September, and they fared especially poorly during that summit series with the Angels.

Moss made his first All-Star team this year, batting .268/.349/.530 with 21 homers in the first half, the 10th-best mark for any qualified American League hitter on a park-adjusted basis during that span. Since the deadline, however, Moss has hit just .152, slugged just .196, and managed zero home runs in 30 games. In that fateful series against the Angels, he went 1-for-12, with his only hit a single. Norris, meanwhile, also made his first All-Star Game, batting .294/.402/.477 in the first half, which would have ranked eighth among AL hitters had he amassed enough plate appearances to qualify for the batting title. Since the deadline, he, too, has struggled mightily, batting .233/.288/.328, with one homer in 33 games. And he also came up mostly empty against the Angels, going 3-for-14, striking out twice, failing to draw a walk, and bouncing into a double play in the series opener.

Though that timing might seem to suggest a cause-and-effect link with the Cespedes trade, the truth lies elsewhere. While Moss had shown good pop in the past, he’d never matched what he did this May 9 to June 3, when he cranked 10 homers and slugged .808 during a 21-game stretch. Norris was also far outperforming his career norms earlier this year, thanks in part to an uncharacteristically high .336 batting average on balls in play in the first half.

In a lineup that was well constructed but not built to torch opposing pitchers the way it had until the deadline, Moss and Norris were merely two of the most glaring examples of hitters outpacing past performance. This is where the Cespedes narrative purveyors will shriek that the slugger’s departure surely sped up that teamwide regression. But if it did, it’s hard to see exactly how. Even those who would argue for the importance of lineup protection — a concept that’s been debunked numerous times — can’t lean on that crutch, since Moss and Norris both hit behind Cespedes when he was still on the team, and thus didn’t benefit from his looming presence leading to more favorable pitches during their at-bats.

And though the middle of the lineup has suffered with Moss and Norris (when they bat the catcher there) struggling, the top and bottom of the order have also often looked punchless since the end of July. Starting center fielder Coco Crisp had been the lineup’s catalyst throughout the first half, rolling into the break hitting a robust .291/.387/.449 line. However, a nagging neck injury that had left him day-to-day a couple of times earlier in the season got worse around the break, costing Crisp 12 games between July 10 and August 4. Whether due to regression, to the lingering effects of that injury, or to both, Crisp stopped hitting for six weeks, going .172/.252/.284 from his first game back after the break through August 29.

During that injury, the A’s put Sam Fuld in the leadoff spot. While Fuld is an excellent defensive player and heady baserunner who’s been a valuable reserve outfielder for most of his career, he’s never been a great hitter. When the A’s acquired him from the Twins for Tommy Milone on July 31, they did so to build outfield depth, not to use him regularly atop the lineup to the tune of a .221/.274/.346 line since he joined the team.

The final two games of that Angels series, in which the A’s scored a total of one run, also highlighted Oakland’s weakness in the seven, eight, and nine spots. On August 30, the A’s got an 0-for-9 out of those spots, with Alberto Callaspo playing second base and hitting seventh, Eric Sogard at short batting eighth, and Craig Gentry manning center and hitting ninth (Fuld led off and started in left). The next game netted a 1-for-10 from those spots, with Callaspo, Sogard, and Andy Parrino anchoring the bottom of the order. A glance at the numbers speaks volumes. Callaspo is hitting .230/.294/.298 this season, making him the fourth-worst hitter in the AL among batters with as many plate appearances. (How the A’s have let him bat 436 times is another matter altogether.) Gentry, a highly useful platoon player in Texas, has been terrible since coming over in an offseason trade, batting just .251/.316/.286. Parrino is a journeyman who’s spent most of this season in the minors and is hitting a buck fifty-two for the year. Sogard, to his credit, has been one of the few A’s who hasn’t slumped in the post-Cespedes era. But he’s still a career .236/.298/.322 hitter who’s been even worse than that this year, despite a modest recent stretch of success.

Fuld, Callaspo, Parrino, and Gentry don’t play as much now that Crisp and Jed Lowrie have returned from injuries and Oakland has added Adam Dunn as the new DH. Still, the past few weeks have revealed that even the A’s, who are maniacal about building roster depth, can reach the point where injuries and slumps become too much to handle. 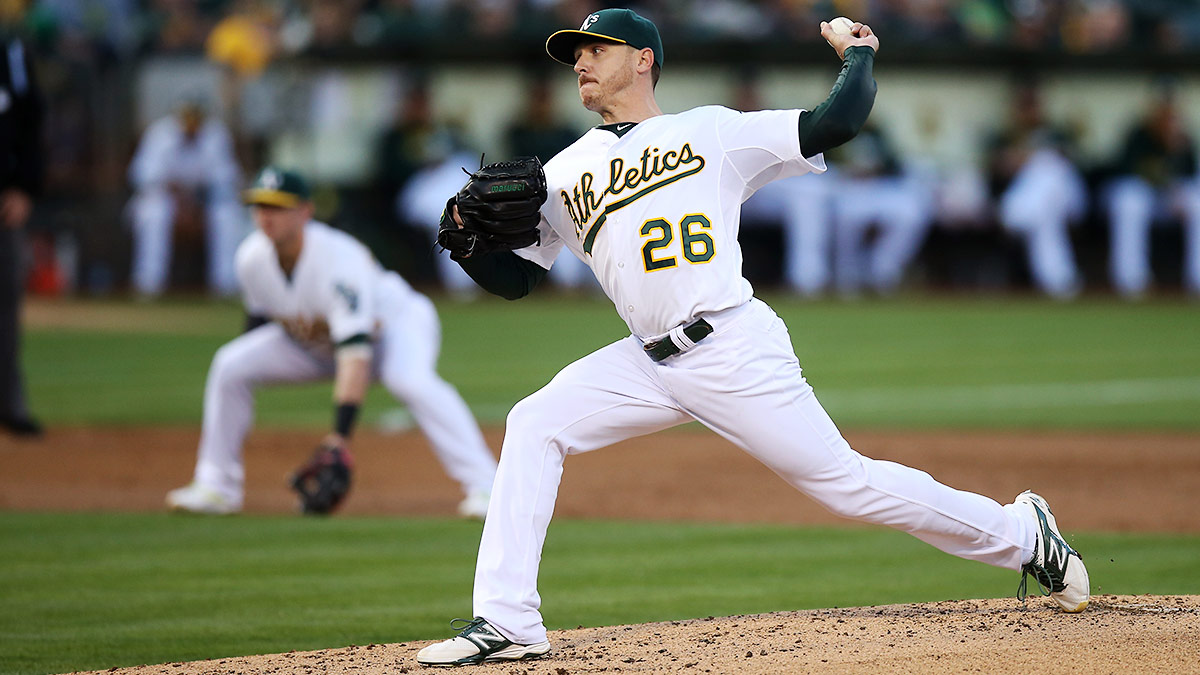 While a lack of offense has sparked much of Oakland’s recent losing, a few pitchers have also hurt the team’s chances.

Sean Doolittle was one of the most dominant relievers in the game this season, striking out 80 batters and walking just five in 55.1 innings, but an oblique injury shoved him to the DL, leaving late-inning duties to the likes of Luke Gregerson, Ryan Cook, and O’Flaherty. While all of them have decent to very good track records, all have also gone cold lately, with O’Flaherty’s meatball to Flowers in Chicago the most recent blow.

Meanwhile, the starting rotation has been productive at the top, with new acquisitions Lester and Jeff Samardzija combining for 121 strikeouts and 20 walks in 139.1 innings. But Scott Kazmir and Sonny Gray, the team’s two best and most consistent starters for the first four months of the year, have sputtered. Kazmir owned a 2.37 ERA at the trade deadline and has posted a 7.18 mark since; Gray boasted a 2.65 mark when July wrapped, but has managed just a 4.76 ERA subsequently.

Even those determined to argue that Oakland’s hitters are slumping because they miss having Cespedes in the middle of the order can’t explain Kazmir and Gray suddenly forgetting how to pitch, especially after the team bolstered the rotation with Lester and Samardzija.

It boils down to this: Cespedes is a good overall player, a dangerous power hitter, and an outfielder who makes up for bad routes with a cannon arm and impressive athleticism. It’s a fallacy to say he’s a great offensive player, however. He posted a .303 on-base percentage this year with the A’s, below the league average of .317 and thus rather unimpressive, even when accounting for Oakland Coliseum’s offense-dampening effects. In the friendlier Fenway Park, he’s looked like the same guy, flashing basically identical numbers (115 OPS+ in Oakland, 107 OPS+ in Boston), only with a few more hits in high-leverage situations. Subtracting him from the lineup wasn’t going to be enough, and hasn’t been enough, to significantly hamper the A’s offense.

In their all-too-human effort to explain a puzzling sequence of events, many people have forgotten a cardinal rule of baseball, and of life: Sometimes, shit happens. Unfortunately for the Oakland A’s, a really big pile has happened, and at the worst possible time.