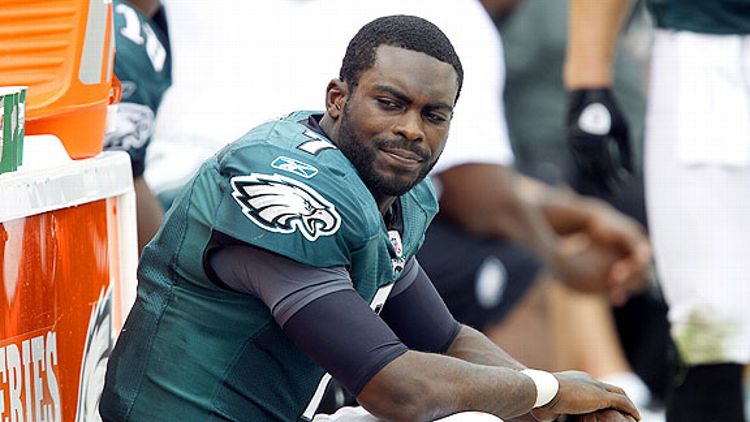 On Sunday afternoon, Michael Vick acted like a human being. Given the reaction that move got, I highly doubt we’ll ever see him act like one again.

After losing to the New York Giants, in a game in which Vick injured his right (non-throwing) hand and took multiple shots to the head, the Philadelphia Eagles quarterback finally went on the offensive, and questioned whether he was getting the same protection afforded to other quarterbacks around the league.

Cry havoc and unleash the dogs of punditry. Trent Dilfer, an analyst on the network that also owns this website, was appalled that Vick had the temerity to complain. The former NFL V.P. of officiating, Mike Pereira, called Vick’s initial complaint and subsequent apology “a bunch of bull.” Despite a defense mounted on the Monday Night Football pregame show by Tom Jackson, Keyshawn Johnson, and Cris Carter, a lot of people, members of the media and fans alike, seemed to take issue with his complaining in the first place.

Nobody knows this as well as Michael Vick. “I was kind of out of character and being too candid in that aspect. Ultimately, I have respect for the referees and their decision to make calls. You won’t hear me complaining about it no more.” I don’t imagine we will.