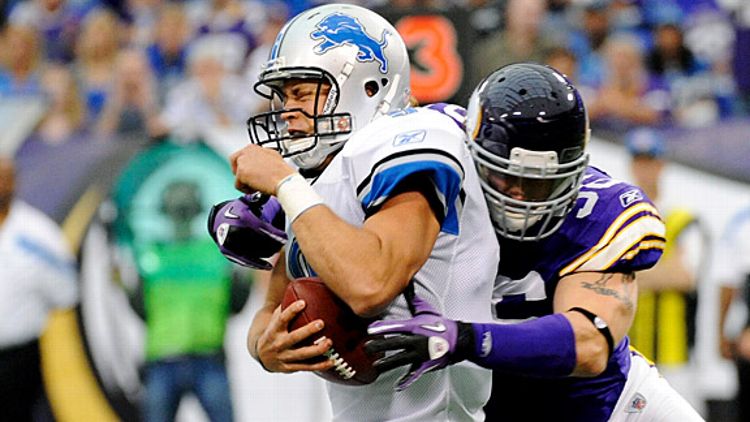 Scene: I’m at the annual sportswriters Thanksgiving football game. Jamey Eisenberg is on my team. We’re trailing by a touchdown, and there are just five seconds left on the clock. In the huddle, a lot of voices are clamoring for attention. Finally, Eisenberg shouts, “Everyone shut up!” He looks at me, and says, “Ryan, I want you to go long. You’re our only hope.” I protest. I’m not fast enough. I can’t get open. But he believes in me. “You’ve got more heart than any player I’ve ever seen. NFL or otherwise.” So I line up on the right side, and members of the other team are laughing. “Who does he think he is?” they ask, and then slap high-fives and call me names. I grit my teeth. Eisenberg, at quarterback, looks my way and gives a meaningful nod. Then the snap comes, and I’m off. I’m running faster than I’ve ever run, as fast as the wind, past the fallen leaves, and soon I soar past the last defender. The ball is in the air. The other team, so cocky before, shouts “Nooo!” in slow motion. The ball settles in my outstretched hands, and I high-step into the end zone. Immediately, a thousand beautiful women run on the field to congratulate me. Eisenberg points at me once, smiles, and walks off into the sunset.

Let’s get to those picks.

5 Points: For Harmon, we’ll take only the first batch of his “heroes and flops” since he tends to handicap like a madman until he runs out of NFL. In Week 3, he liked Matthew Stafford, Rex Grossman, Cam Newton, and Ryan Fitzpatrick. Three of four. He issued flop alerts for Matt Ryan, Matt Schaub, Josh Freeman, and Kyle Orton. Three of four again, and six of eight on the week. Guns ablaze, baby! He’s already coming back hard from last week’s difficult showing.

4 points: As with Harmon, we’ll be taking Mack’s first few choices as a method of preserving my sanity in the midst of his prolific picking. He gave the nod to Michael Vick, Schaub, Stafford, Newton, and Matt Hasselbeck. Four of five, with perfection foiled by an broken injured hand. He sat Eli Manning, Andy Dalton, Sam Bradford, Jay Cutler, and Grossman. Three of five. As the only man with the bravery to bet against Grossman, he ends with seven of 10 and a second-place finish.

3 points: Fearsome Fabiano climbed aboard the Grossman train (famous for its delays), and took Stafford, Fitzpatrick, Newton, and Schaub along for the ride. Four of five. He shook a threatening stick at Manning, Cutler, Chad Henne, Orton, and Jason Campbell. Two of five, for six of 10 overall.

2 points: Matthew Berry’s love/hate column (which includes an uplifting introduction about the career path that led him to ESPN) shined its favor on Stafford, Fitzpatrick, Grossman, Kevin Kolb, and Henne. This is usually his category for the taking, but he hit on only three of five in that bunch. He hated Ben Roethlisberger, Manning, Joe Flacco, and Orton. He was right only on Orton, and got it wrong to the extreme on Flacco and Manning. That’s four of nine on the category.

1 point: Eisenberg started Grossman, Roethlisberger, Kolb, Fitzpatrick, and Ryan. Two of five. He sat Manning, Cutler, Orton, Bradford, and Henne. Again, two of five, for a tough 4-for-10 finish. You have to wonder: Is this a letdown from the touchdown pass he threw in my fantasy?

4 points: Harmon’s heroes included Jahvid Best, Wells, Ahmad Bradshaw, Peyton Hillis, and Ryan Mathews. Big hit on Mathews, but just two of five total. He expected flops from Shonn Greene, DeAngelo Williams, Tim Hightower, and Benson, and got them from everyone except Hightower. Five of nine and another top-two finish. We should start calling this guy Markus Prock. But only if Olympic luge has caught on in American culture enough for the reference to make sense.

2.5 points: Mack gave the fantasy hand-off to Bradshaw, Ben Tate, Mark Ingram, Best, and BenJarvus Green-Ellis. Just one of five. He held back on Foster, Moreno, Thomas, Steven Jackson, and Cadillac Williams. Four of five, and an even 5-for-10 split, on the week.

2.5 points: Eisenberg started Green-Ellis, Ben Tate, Mathews, Fred Jackson, and Ingram. Two of five, with a narrow miss on Ingram. He sat Steven Jackson, Felix and Thomas Jones, Joseph Addai, and Reggie Bush. Three of five, and 5-for-10 total. I think we can definitely call it a letdown at this point.

1 point: Fabiano liked Fred Jackson, Wells, LeGarrette Blount, and Ben Tate. Only one of four, I’m sad to report. He did without Felix Jones, DeAngelo Williams, Ingram, Benson, and Addai. Three of five, and a paltry four of 10 combined. In case you were wondering, I’ve decided that “Fabiano” sounds the most like a Brazilian soccer star of any of our experts.

5 points: The Mack placed the full weight of his faith on DeSean Jackson, Deion Branch, Nate Washington, Brandon Marshall, and A.J. Green. One of five. He cried foul on Mario Manningham, Brandon Lloyd, Denarius Moore, Mike Sims-Walker, and Sidney Rice. A decent 3-for-5 recovery, but only good for four of 10 overall. But guess what? In a tough week for receivers, that was a first-place finish. Classic rope-a-dope from the Mackster.

3 points: For Fabiano, Smith, Steve Johnson, Maclin, and Branch were the good guys. One of four. The bad guys included Dwayne Bowe, Mike Williams, Percy Harvin, Mike Thomas and Moore. Just two of five, and a rough 3-for-9 in the category.

2 points: Eisenberg started Moss, Steve Smith, A.J. Green, Jordy Nelson, and Nate Burleson. An old-fashioned goose egg, I’m afraid. He did better in his sit-down mandates, choosing Dwayne Bowe, Manningham, Moore, Lloyd, and Davone Bess. Three of five there gives him a 3-for-10 finish. If you were just here to see how Eisenberg finished, I can now confirm that he’s been mathematically eliminated from first place. But don’t leave — in the next section, there’s an exciting car chase.

1 points: Berry loved Chad Ochocinco, Santana “Gathers No” Moss, Steve “Gold” Smith, Malcolm “Pretty Boy” Floyd, and “Admiral” David Nelson. If you can’t tell, this is the point in the article when I get punch-drunk from cross-checking stats. Those picks gave Berry an Eisenbergian zero. He tried to make it up with his hatred, casting aspersions on Hakeem Nicks, Devery Henderson, and Burress. He hit only two, for a disappointing 2-of-8 week.

5 points: Harmon directed us to the Tennessee Titans, Arizona Cardinals, and Carolina Panthers. Bingo, bingo, and bingo. Looks like his picks are in perfect HARMONY, am I right? Am I? Someone tell me if I’m right before I start to get really angry.

4 points: Matthew Berry put on his minimalist cap, chose the Cincinnati Bengals to start, and picked nobody he hated. The Bengals were second, though, so kudos. Also, it just occurred to me that the scoring system I’m using is total nonsense. Either that, or Berry is the cleverest fox in the fantasy forest. (Man, I wish I hadn’t typed that sentence.)

2 points: Eisenberg tried to salvage a rough week with his final two picks. He blessed the Chargers and damned the Bears, but that got him only halfway there. And halfway there ain’t halfway to nowhere, as Bob Dylan probably once said.

1 point: Fabiano started the Chargers, Lions, and Washington Redskins. He sat the Texans, 49ers, and Vikings. Just two of six, and a limp to the finish line.

After I talked some serious smack last week, even implying that he might get put down like a hobbled racehorse, Mike Harmon demolished the fantasy record with 18 points in a single week!

With another solid week, Mack extends his lead, and Harmon’s record-setting theatrics are enough to bring him up to third.