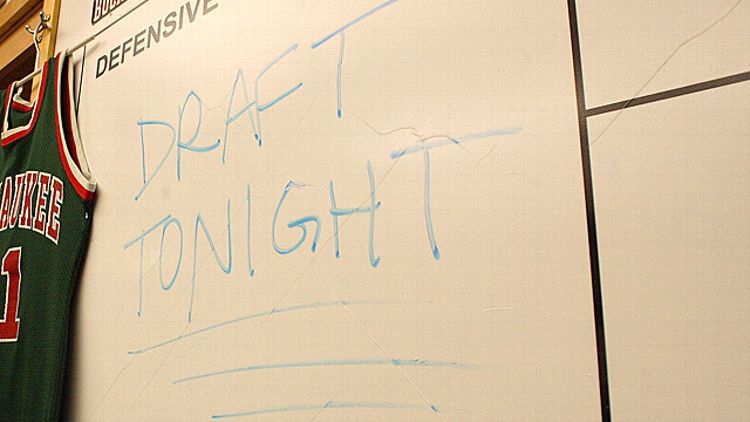 My first Salary Cap Fantasy Basketball draft occurred entirely online between 16 people who didn’t really know one another, and lasted five and a half days. This sounds like hell because it is hell. For the better part of a week, I sat on my couch and memorized the salary of pretty much every player in the NBA. I now know that Trevor Booker makes $1,385,280, I know that Alec Burks makes $2,111,160, which is about $300,000 more than Kawhi Leonard. I have read every article speculating about the potential value of James Harden, Brandon Jennings, and Stephen Curry’s contract extensions. I exchanged 400 e-mails over the course of the draft. I can’t remember what happened last week on 30 Rock because I watched it while trying to decide between Omer Asik’s and Greivis Vasquez’s annual salaries.

Salary Cap Fantasy Basketball is the brainchild of Justin Lin, director of Fast Five. You can read about the origin and get a more detailed rundown of the rules here. Basically, you are tasked with assembling a fantasy team within the NBA’s salary cap. Ten of the 11 players you select must play, meaning you can’t just pick up a cheap second-round draft pick who never plays and stash him on your bench. An owner can go over the cap, but if you do, you have to pay a tax by tripling the buy-in. If the entry fee was $100, you now owe $300. Every team gets to keep three players from year to year, but if a player’s salary situation changes, you have to honor his new contract. You can set whatever roto categories you want, and set the cap at any amount. We chose $65 million, which worked nicely.

If you want to go ahead with your own draft, here are some tips to avoid frustration.

• Get started now. As in, pause the reading button in your head and start drafting up an e-mail to your friends. The season starts next week and the draft could take several days.

• Get your best spreadsheeting friend to set up a draft board in Google docs or some other cloud program. I have no idea how to do this, but apparently a spreadsheet can add up numbers? Next to the column for a team’s pick, add a column for the pick’s salary. Then do that thing where you make all the numbers in that column add up.

• Make sure nobody has a demanding job. This is crucial. During our draft, Grantland gambling guru David Hill kept disappearing to go to meetings. The pressure caused him to take Lou Williams and his $5 million salary in the first round of our draft, which was easily the worst pick of the draft until I picked Stephen Curry ($3,958,742) over James Harden ($5,820,416).

• Pass around some sort of salary tip sheet before the draft to all owners. We didn’t do this because some of the owners in the league said they had “worked too hard” importing the salaries over from Spotrac.com and didn’t want to share their work with their competition. We are in a recession because of these sorts of greedy assholes.

• Wage psychological warfare on your opponents. Strike up friendly conversations with other owners and try to convince them they need Pau Gasol because you “saw him practicing in El Segundo and he looked totally focused this season.” Then watch in the later rounds as that same guy has to blow a seventh-round pick on Tyler Zeller because he can’t afford anyone else.

(Note from Chris Ryan: This is true. Over Gchat, during this draft, Jay would exude the warmth and hospitality of Hal Holbrook sitting on a porch, offering me iced tea and wisdom. “You don’t want to take Dwight Howard here, Chris. His free throws will kill you … you want value? Andre Iguodala and his $14 million deal. That’s value.” I felt safe, like someone was watching out for me. Then I looked at my team, with a bunch of money tied up in Iggy, Roy Hibbert, and Nick Young, and a bunch of strangers were laughing at me. So that was a nice trip back to high school. Just substitute Tony Wroten for Tyler Zeller in this scenario. Jay literally had not heard of Tony Wroten. Tony Wroten will have his revenge … in this life, or the next.)

• Draft Mike Dunleavy early. He was taken in the 10th round of our draft. Five other dudes had Mike Dunleavy on their draft boards and cursed grimly while crossing out his name. Having a battle over Mike Dunleavy in a fantasy draft is funny because Mike Dunleavy sucks. It’s also funny when a bunch of dudes in your league have to live down the fact that they really wanted Mike Dunleavy but couldn’t get him. The only other people to ever have this feeling were those girls who were in that lame sorority when Mikey D was at Duke.

• Grab stars when you can. Kevin Durant and LeBron James should probably still be the first and second pick. There’s an argument to be made for Kyrie, because you get a top 5-8 fantasy player AND get to save somewhere between 11 and 13 million dollars, but by the time the draft swings back to you 32 picks later, there won’t be that many $14 million guys who are any good. Too many times in our draft, players with reasonable salaries like Monta Ellis kept falling because owners kept trying to find value in back-of-the-rotation guys and unproven rookies. (One owner used his first, second, and third-round picks on Anthony Davis, Michael Kidd-Gilchrist, and Damian Lillard.) Jeff Teague was drafted two rounds before Dwyane Wade. Boogie Cousins was the fifth pick OF THE DRAFT, after LeBron, Durant, Kyrie Irving, and Chris Paul. Dwight Howard was picked in the 10th round, approximately 50 picks after B.J. Mullens.

• Try to get to 16 teams. The more you stretch the rosters of each team, the more fun it will be. Like right now, I’m trying to decide if I already have to drop Andrew Bynum because I don’t think I can afford missing a week of action. This will free up $16,899,000 in cap space, though, which I can use to sign pretty much any one of the players on the waiver wire, save Kobe and Pau.

• Don’t worry about having sex. Because you will not have any sex during this draft unless your significant other is some sort of accountant who gets off on just how little Chase Budinger makes per season. I’ve never dated anyone who seriously played fantasy sports, but I can imagine it must be tedious and unattractive to watch your significant other sit on the couch and curse at his or her computer. (This is why I don’t like The League. Because it makes me feel like I’m dating those dudes. This league combines the pathetic bro-ness of fantasy sports — again, I’m speaking here as someone who flies every March to attend my yearly baseball draft — with pathological cheapness. It’s like taking your significant other out to Sizzler for her birthday and forcing her to order the salad bar. Actually, it’s probably worse than that.)

Our league’s draft board is posted below so you can have a template on how to set one up. The number next to each team name represents where he picked. The draft went snake-style, meaning Paul George was picked right before Ersan Ilyasova, who went right before Kevin Love. And so on.

If you have any questions about the draft, please tweet @RealRobertMays. He’s got all the answers.