Choking on the Splinters

The Devil’s Dictionary of Sportswriting 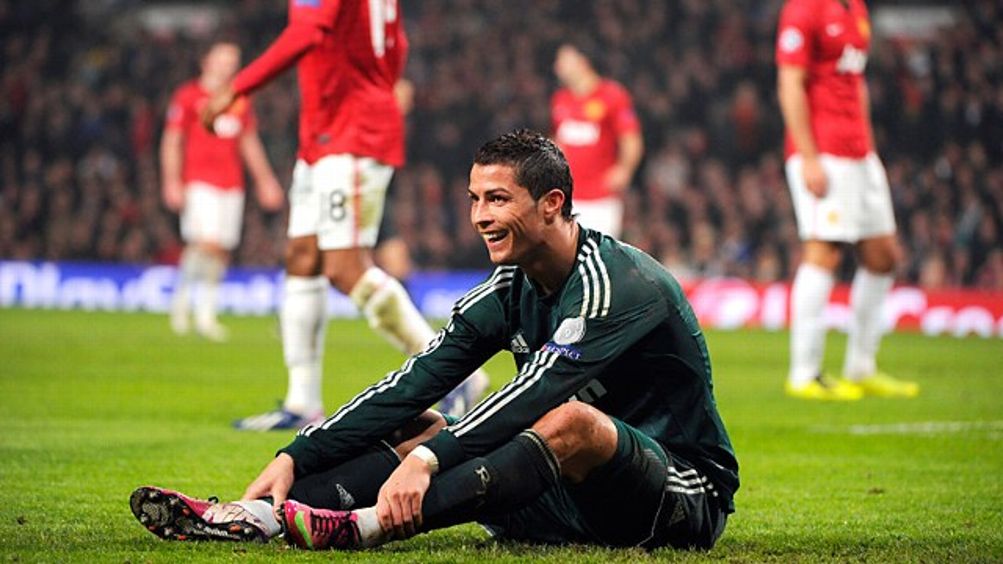 It was the last 15 minutes of the 2009 Champions League final, and I finally began to understand why so many people around the world hated Cristiano Ronaldo. Manchester United was losing by a score of 2-0, but Barcelona’s inability to ever give up possession made that deficit feel much greater. Defeat is one thing. Humiliation is entirely different, and this was the feeling that mounted as United chased after the ball in vain.1

Around the 78th minute, Ronaldo — someone who rarely ever showed interest in tracking back — began dashing wildly after Barcelona’s passers, always a nanosecond too late, until he finally caught up to and cynically shouldered Carles Puyol to the ground. That night in Rome formalized a major realignment in European soccer. It was the beginning of Barcelona’s dynasty-in-progress, the legitimation of their attractive, free-flowing style and a victory for their overbearingly perfect brand of classy, selfless player. It was also the last time Ronaldo, whom detractors accused of personifying the very opposite of Barcelona’s old-world culture and style, played for United. “The tactics were not good,” he groused after the match, unable to stifle his sour mood. The yellow card he picked up for shoving Puyol would be his last recorded act as a United player. That summer, he was sold to Real Madrid for 80 million pounds (roughly $104 million), making him the most expensive footballer in history.2

Visibility means people will take their shots, but there is a special kind of animosity reserved for Ronaldo. I’ve never understood it, though I’ve tried.3 What they say: He’s joyless and overserious on the pitch; he’s too self-absorbed to be a leader; he dives and rarely defends; he looks like a soap opera villain, only one portrayed by a very bad actor; maybe he could stand to keep a lower profile, or at least steer clear of Paris Hilton and Serena van der Woodsen; there’s no edge, only surfaces. Most of all, it seems like he is hated because he is not Lionel Messi, the quiet, humble gentleboy to Ronaldo’s bronzed heathen. Fifty weeks out of the year, either Ronaldo or the Barcelona attacker is the best player in the world. But their head-to-head competition in Spain’s La Liga only seems to flatter Messi. He’s won more trophies, scored more goals, and, most of all, offered a mellow alternative to Ronaldo’s brashness. One guy crashes Ferraris, the other goes to Disney World. While Ronaldo seems pathologically unable to keep quiet or disguise his feelings — earlier this season, he cryptically mentioned that he felt “sad” but refused to elaborate — I can’t remember the last time Messi said anything remotely notable. In fact, I don’t even know if I’d recognize his voice.

For a while, it was this triangle of inter-club animosities that had begun to define Ronaldo’s career, particularly Barcelona’s sustained triumphs over him regardless of whether he was wearing a United or Real Madrid shirt. But if it is ultimately Ronaldo’s narcissism that people hate the most, then the Champions League matches pitting Ronaldo against his old team offered a rare occasion to see him at his most subdued and respectful. Ronaldo scored against United during their first match two weeks ago in Madrid — a towering header that, if you want to go there, isn’t really part of Messi’s game. Since that match, he helped lead Real to two convincing victories over Barcelona, temporarily salvaging a disappointing season and potentially striking a psychological blow to their hated rivals.

Perhaps it’s a character flaw of mine that I found Ronaldo’s return to Old Trafford moving. To pout and cry and be insecure and emotionally inconsistent seems more human to me than efficiency and perfection. This isn’t to redeem Ronaldo as “misunderstood,” or to suggest that United or Madrid aren’t actually pure, imperial evil, as their detractors are entitled to believe. But it helps explain the special relationship Ronaldo maintains with United and its fans, whether either party deserves it or not. 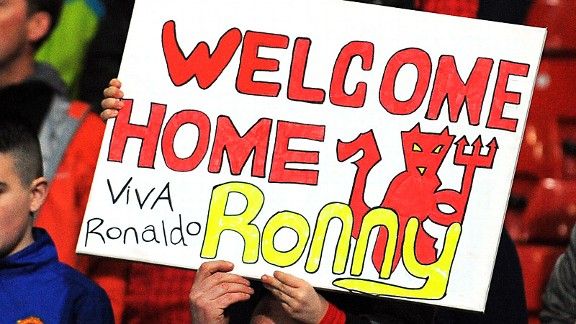 As the legend goes, it was during halftime of a summer 2003 exhibition match at Sporting Lisbon that Manchester United boss Alex Ferguson’s players suggested he buy the teenage winger who had spent 45 minutes terrorizing their defense. In reality, Ferguson had secretly finalized a deal to buy Ronaldo the night before. Though the talented 18-year-old lacked refinement — or consideration for anyone else, really — you could see the qualities that drew Ferguson and others: his directness, his willingness to take on any defender, his speed and control. Much to his surprise, United didn’t loan him back to Sporting so he could get more first-team experience. Instead, Ferguson handed him the prized no. 7 shirt and integrated him into their squad.

Premier League hegemons like United waste tens of millions of dollars each year buying and hoarding young talent from around the world, and for this reason it’s easy to feel jaded about the extent to which huge clubs actually “develop” players. There is a special breed of young footballer blessed with delirious skills but no sense of how to use them. YouTube is sad with compilations of teenage prospects pulling off unholy nutmegs and backheels, and then you follow up and realize that onetime Porto and Inter winger Ricardo Quaresma now plays in the Middle East. Ronaldo’s physical attributes were never in question — check out this video in which he races an Olympic sprinter and scores goals with the lights out. He is the platonic ideal of a gazelle’s stride, so much so that I’ve forgotten what an actual gazelle looks like. But in those early days with United, it wasn’t a sure thing that he would evolve from someone addicted to tricks and step overs into a true attacking threat. Watching Ronaldo evolve past that youthful narcissism and graduate toward a more functional, adult narcissism was thrilling. There were the bizarre, knuckling free kicks, that disrespectfully brilliant goal against Porto, the blistering counterattacks and smug celebrations. When Ferguson sold Ronaldo at his seeming peak, he said that he was merely fulfilling a promise he made to allow Ronaldo to pursue his dream of playing for Real Madrid. A new narrative emerged: We were lucky to keep him for as long as we did.4

Last night, he was greeted with a warm ovation, one that almost seemed designed to defang him. To hear Ronaldo speak about United, his forever “boss” Ferguson, and his old teammates is to glimpse that cocky, untested 18-year-old again. As his name was announced last — an unusual honor for an opposing player — he touched his heart and waved to the stadium’s various corners. United went ahead 1-0 (2-1 on aggregate) before a deeply controversial red card reduced their side to 10 men.5 Real Madrid scored the next two goals, with Ronaldo scoring the winner. His face looked ashen — or at least less-tanned-than-usual — the moment he realized what he had done. He shook his head and, like many players in this position, refused to celebrate. His hand returned to his chest and he seemed almost apologetic — almost.

“I’m happy to win but also sad for Manchester United,” Ronaldo remarked on Twitter this morning. We tolerate a lot of eccentricities, those moments when the competitive spirit gives way to a blinding rage or unexplainable darkness. But there’s no real way of softening the charge of disingenuousness once it sticks.6 Watching Ronaldo stay on his feet and run at United’s defenders, it felt like a situation his self-confidence couldn’t guide him out of. For the last half-hour of the match, it almost seemed like he didn’t want to be there. In the last 15 minutes, with United’s attack lunging and gasping and retreating, there were a couple moments when Ronaldo had the ball at his feet in the opposing box. At least once, he actually seemed uninterested in scoring. Instead, he dribbled around the defenders and then skimmed a halfhearted shot at goal. It wasn’t cynical — it was the very opposite, actually.