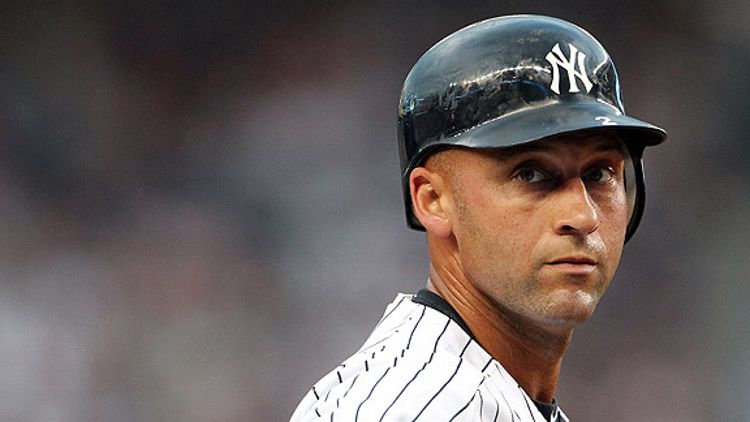 If baseball were a novel and I had to write one of the characters, I’d have a field day with the Yankees’ current roster alone. Alex Rodriguez could carry a book all by himself. He’s physically magnificent and extravagantly, superhumanly talented — and extravagantly, superhumanly rich — and his life seems to be an ongoing mess. On one level he’s all tabloid all the time, but on another he’d fit a deep, psychological study about pressure and the fragility of personality and performance. So would I pick him? No. He’s the face of the modern game, but his story is essentially very old-fashioned. On reflection I’d leave him to a Fitzgerald clone to write.

Or there’s the gift any bench gives you — the bit player enjoying a couple of unlikely seasons in the sun. Brett Gardner, maybe. Left fielder, speedy base stealer, pesky leadoff hitter, average in most ways, but he’s enjoying a run of luck right now. The little runt is having the time of his life. But that’s a book about chance and pluck, and a hundred people could write it better than me.

No, I’m a thriller writer, so Derek Jeter would be my series character. Which sounds weird. On the face of it, he’s the blandest man in the world. He’s the Paul McCartney of baseball. Everything he says in public is measured, upbeat, uncontroversial, and inoffensive. His parents still show up to his games.

But walk that back a step. Can you imagine the constant, crushing pressure involved in that? The sense of always being onstage? The caution, the paranoia, the relentless vigilance? He’s a Cold War story, a CIA guy undercover for 10 years a block from Checkpoint Charlie. Nerves of steel. Not just for the week of the World Series, but all day, every day, year after year after year. He has to be tough as hell. A weaker man would have collapsed under the strain long ago.

And when you watch him long enough, you start to read between the lines and see things in his eyes. This is possibly the most competitive human who has ever lived. Losing burns him up. Which is fascinating in the context of baseball, because he loses at least 50 times a season, sometimes day after day. The only sports franchise in the world comparable to the Yankees is the UK’s Manchester United soccer club, and it regularly goes months without losing. Its Premier League rival Arsenal once went a whole year without losing. The torment caused to a competitive guy who loses 50 games a year must be immense, and the internal mental conflict it must cause would be well worth writing about.

And deeper still, there’s something darker lurking in Derek Jeter. I’ve seen situations where he walks to the plate with the Yankees needing a run, and you sense an absolute determination in him. He’s going to get that run. He’s going to kick and scratch and bite and claw and bludgeon, and he’s going to deliver. He’s going to do what it takes. Deep down, he’s got an assassin’s mentality. He’s a stone killer. If he really were a CIA guy undercover a block from Checkpoint Charlie, he’d garrote his suspicious neighbor in a deserted doorway and then sleep like a baby. You can see it in his eyes. That flicker, that momentary faraway focus. Bland? I don’t think so.

Lee Child is the author of the best-selling Jack Reacher crime novel series. The Affair is available worldwide September 27-29, 2011.