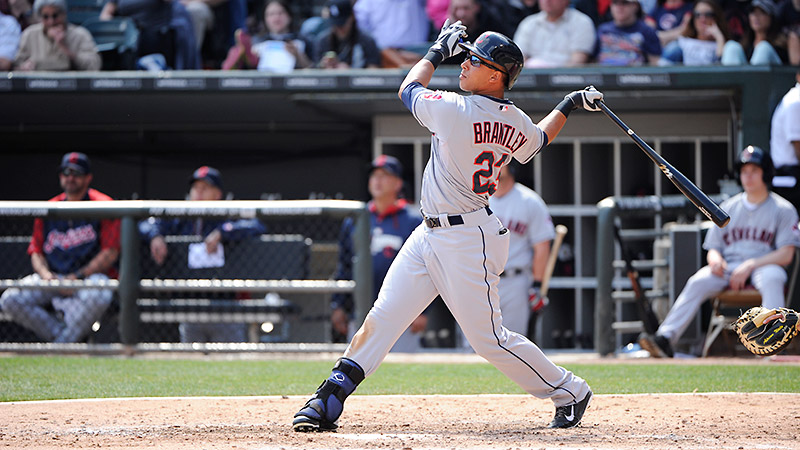 With big headlines like the Tommy John epidemic, the historic strikeout rate, and moonwalking closers dominating this baseball season, you’re forgiven if you’ve lost track of some of the subtler stories affecting the 2014 campaign. Here are four you might have missed while reading about Yasiel Puig and ’80s blooper reels.

Presently, the third-lowest ERA in baseball (minimum 20 innings) belongs to a pitcher who tossed just 22⅓ big league innings from 2008 through 2010 and just 66⅔ frames from 2008 through 2012. This submariner was a lights-out reliever at the start of his career, but was derailed by injuries before suffering through a devastating personal tragedy in 2012. Since landing in St. Louis this season, however, he’s been unhittable.

No one quite knew what to make of Pat Neshek when he broke into the majors with the Twins in 2006. A self-proclaimed nerd and massive baseball card and autograph collector, Neshek wasn’t above asking fellow big leaguers for their John Hancocks. His pitching motion was even weirder. As Rany Jazayerli noted in his recent Grantland feature on Diamondbacks reliever Brad Ziegler, pitchers who throw from a sidearm angle or lower are rare in today’s game. Neshek was an odd duck even by those standards, taking a little shuffle step before falling off to the side and firing from a low angle.

Batters were in fact living on a prayer during Neshek’s early days with the Twins, hitting just .181 against him in 2006 and 2007. Then, the injuries started. He tore his UCL in 2008 and missed the better part of two seasons following Tommy John surgery. He injured his finger in 2010, then struggled to sustain a comeback attempt with the Padres in 2011, spending time in the minors and making little impact. He got a fresh start with Oakland in 2012, but then the unthinkable happened: Neshek and his wife, Stephanee, lost their baby boy just 23 hours after he was born.

This year, everything has changed. The Nesheks’ second son was born in March and is doing well after a stint in the neonatal intensive care unit, and dad is dominating virtually every time out. After shifting from being a sinker-slider guy to a pitcher who threw more sliders than anyone in the league, Neshek has returned to a more balanced approach and is throwing a lot more sinkers this year. Unlike many sinkerballers, Neshek doesn’t generate a ton of ground balls, but his offerings net plenty of weak contact.

Neshek won’t maintain his current .173 batting average against on balls in play nor continue stranding 95 percent of baserunners for much longer, but he’s back to being a pain in the ass for hitters, and another Cardinals pitching success story.

When the Indians gave Michael Brantley a four-year, $25 million extension (plus a club option) over the winter, they were acknowledging that he’d grown from a throw-in player in the CC Sabathia trade to a durable, underrated, and versatile outfielder whose contributions weren’t easily seen in his Triple Crown numbers. Fantasy owners recognized that a player with double-digit home run and stolen base numbers, a plus batting average, and playable team-dependent counting stats was worth pursuing as a sleeper.

Still, it’s hard to imagine that even those who valued Brantley’s subtle skills before this season anticipated that he’d emerge as one of the best players in all of baseball, no caveats needed.

Already an excellent contact hitter before 2014, Brantley has become nearly impossible to strike out this season, which is an especially valuable skill with strikeouts continuing to soar across the sport. Though he’s not going to break any walk records, his near 9 percent walk rate still represents a career high. The biggest change, though, has come in his power game; just two months into the season, Brantley is one dinger shy of his career-best 10-homer mark. It all adds up to a .306/.374/.510 line that would be earning Brantley more attention if the Indians weren’t riding a wave of horrific defense to last place.

If you’re looking for an outlier in Brantley’s stat line, look no further than his HR/FB rate, which is up to a career-high 17.3 percent. That’s nearly triple his career average despite Brantley’s middle-of-the-pack rank in ESPN TruMedia’s Hard-Hit Average stat, where he’s in the same neighborhood as immortals like Brandon Crawford and Casey McGehee. Given that, expecting a 30-homer mega-breakout campaign might not be realistic even amid this hot start.

Still, we’re talking about a player who totaled nearly 2,000 at-bats before this season and just turned 27. Even if he fails to maintain this pace and earn MVP votes, Brantley has delivered early-season success that largely looks legit, and it’s a big reward for those who first recognized his well-rounded skill set.

The Phillies are bad again this year, which makes it easy to overlook what Chase Utley has been doing. At least it was easy, until Buster Olney blew the case wide open last week.

If you’ve been sleeping on Utley because his team’s in last place or because he seems like the same old player, you’ve been missing out. The 35-year-old second baseman ranks third in the National League with a .333 batting average, and while it might seem easy to wave away that number as the result of a flukish .370 batting average on balls in play, Utley is making quality contact more often than he has in years. As a result, he’s posting his highest line-drive rate in six years and fewer infield popups than ever before.

Limited by injuries (especially knee injuries) to just 186 games played in 2011 and 2012, Utley has posted the 16th-best wRC+ among National League players over the past calendar year. Considering how much lower offensive numbers tend to be for second basemen compared to other positions, that’s particularly impressive.

Thus, the question Olney posed last week: Is Utley a Hall of Famer? SI.com writer Jay Jaffe created a formula called JAWS that balances a player’s peak value with his career value, then spits out a catch-all number that measures those two factors along with the player’s hitting, defense, and pretty much everything else. Using JAWS, Utley ranks ahead of likely soon-to-be Hall of Famer Craig Biggio and a slew of second sackers already in (including Joe Gordon, Billy Herman, Bobby Doerr, Nellie Fox, and Tony Lazzeri), but slightly below the average number posted by the 19 second-base inductees.

By season’s end, however, Utley could be right there with the likes of Jackie Robinson and Ryne Sandberg. Of course, if Utley keeps hitting at anything close to this rate, he could prove to be a valuable contributor well past the point at which many of the greatest second basemen of all time hung ’em up.

On Monday night against Detroit, Derek Norris capped Oakland’s scoring onslaught by hitting a grand slam off Phil Coke to tie a bow on another win for the AL’s winningest team.

Even after that terrifying performance plunge, Norris still finds himself in rarefied air: Only three times over the past decade has a catcher qualified for a batting title while posting a higher on-base percentage than what Norris has managed this year (Jorge Posada once, Joe Mauer twice).

Norris always had that on-base arrow in his quiver, but it took him a while to get the chance to fire it. In 2,075 minor league plate appearances, Norris posted a .394 OBP to go along with 98 doubles and 80 home runs in 492 games. Despite that power and patience, nagging injuries led to a big dive in Norris’s batting average, leading him to hit just .210 in 104 games for Double-A Harrisburg in 2011. Sensing an opening, the A’s swooped in and grabbed Norris as part of the six-player deal that sent Gio Gonzalez to Washington. Norris is rewarding Oakland’s faith this year, delivering a .314 batting average and .508 slugging average to pair with his massive on-base percentage. At least, he’s delivering when called upon. Though he’s playing more frequently than ever before, Norris still starts only semi-regularly (30 starts), giving way to John Jaso (22 starts) against tough right-handed pitchers.

This, of course, is a problem any team would kill to have, and it speaks to the A’s remarkable ability to build dominant rosters with little help from elite homegrown players. Like Norris, Josh Donaldson was drafted elsewhere and came to Oakland before he was a finished product, with the A’s securing him just after his value had fallen off a bit. In fact, of the 13 position players on Oakland’s major league roster, just one has played in the A’s organization and nowhere else. And even in that case, there’s a “but,” as Yoenis Cespedes had established himself in Cuba before signing with Oakland.

It’s a weird way to build an offense that’s scored more runs per game than any team in the American League, but these A’s do so many things better than the competition … including out-scouting those teams on their own players.