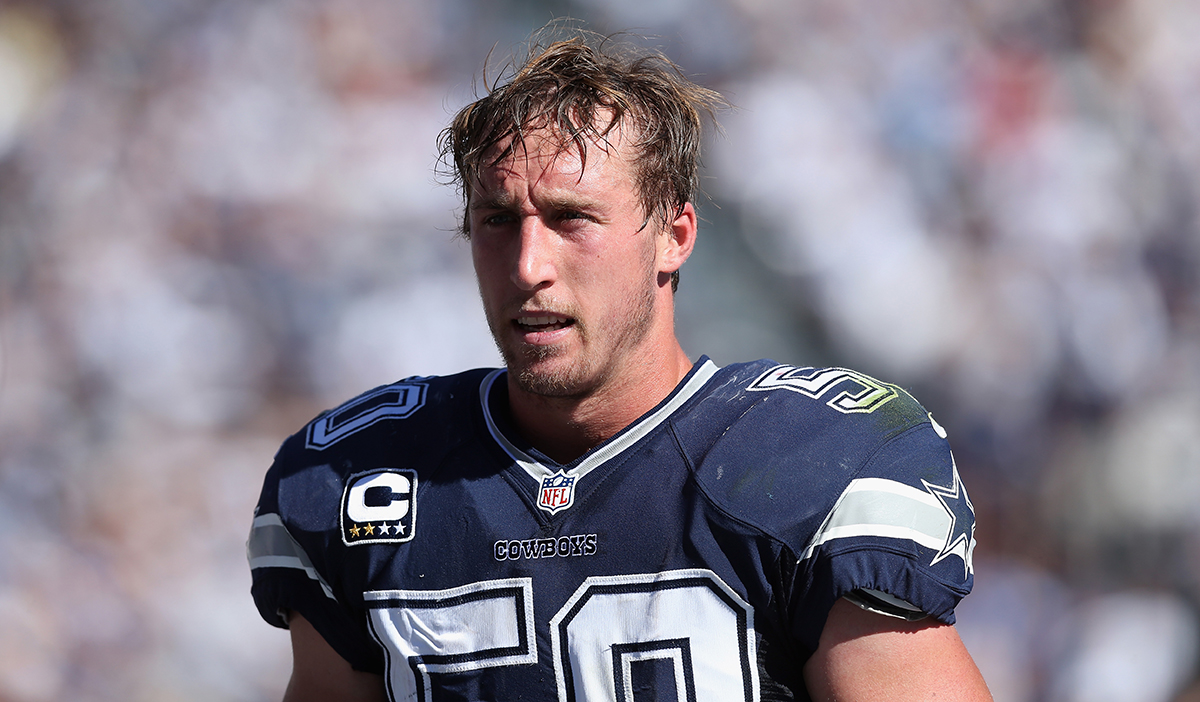 The saddest version of Sean Lee’s legacy ends in an Abilene bar a few decades from now. A group of 25-year-olds are talking about Cowboys past when the crusty guy a few stools away, dimly lit by a neon Shiner Bock sign, starts in about this linebacker you should have seen, a tackling machine who was glued to the ball and covered like a safety.

We’re headed that way with Lee, and it really is a shame.

During the first day of OTAs yesterday, the Cowboys’ fifth-year linebacker was driven to the ground in what was supposed to be a noncontact practice. He had to be helped off the field by two trainers, and from the beginning, the medical staff expected the worst. Ed Werder came with the news late last night that Lee’s left ACL was indeed torn, and he would likely miss the entire regular season.

Lee’s litany of injuries goes all the way back to his time at Penn State. A torn right ACL caused him to miss his senior year, and after a medical redshirt, a sprained ACL kept him out of three games the following season. As the Dallas Morning News’s Rick Gosselin wrote last night, plenty of scouts were wary of the risk, but the talent was undeniably alluring. Lee was the best linebacker on a Penn State team full of good ones, and the Cowboys took him in the second round in 2010, hoping his history of impairment might just be a fluke. It wasn’t. Lee had a partially dislocated wrist in his second season and had to play most of the year with a club on his hand. In 2012, he missed 10 games with a toe injury, and last year, neck and hamstring issues kept him out of Dallas’s last five games.

Just because Lee’s latest setback isn’t a surprise doesn’t mean it isn’t depressing. Twitter was full of “not again” responses when the news first broke yesterday, and for most of the afternoon, people threw out Lee’s name with other players whose talent went unrealized because of injury. Bob Sanders is a recent example — someone, like Lee, who fell victim to a variety of ailments rather than one devastating injury. Only twice did Sanders play at least 14 games in a season; the only time he played 15, he was named NFL Defensive Player of the Year.

The Sanders comparison works on some levels, but maybe the most unfortunate part of Lee’s injury-ravaged history is that he hasn’t gotten the chance to have his version of Sanders’s 2007. Through the first six games of 2012, Lee was probably the best inside linebacker in the league before going down with his toe injury. Last year, he was on pace for close to 100 tackles and had four interceptions in just 11 games.

Lee’s knack for creating turnovers in the passing game is what sent me in a different direction from Sanders when looking for a comparison among other players who lost out because of injuries. Nick Collins wasn’t perpetually injured. His career ended because of a single hit, and the stretch he had from 2008 to 2010 (during which he started every game) is still one of the best any safety has ever had — 17 interceptions in three years. He reminds me of Lee by how easy he made it look. Collins was the perfect ball-finding safety for the NFL’s modern era; Lee is the perfect linebacker. Even with the 15 games he’s missed the past two seasons, no linebacker has had more interceptions than Lee’s 11 since he came into the league.

On a team with glaring problems in the secondary, Lee was the Cowboys’ best pass defender. According to ESPN Stats & Info, opponents’ third-down percentage last year jumped from 40.6 with Lee on the field to 47.6 with him off it. Their touchdown-to-interception ratio went from 19-12 to 14-3. Lee wasn’t just the leading tackler for Dallas; he was supposed to be the centerpiece of its defense, and now the Cowboys are left scrambling. When the Cowboys moved to a 4-3 defense a year ago, the thought was that Lee would be an ideal fit as a deep-dropping Mike linebacker who could hold down the middle of the field. With Lee gone, the lack of safety talent in Dallas should be more obvious than ever.

The Cowboys’ cap issues are old news, and those issues have left this roster as one of the thinnest in the league. Right now, the options behind Lee appear to be last year’s sixth-round pick DeVonte Holloman, who flashed a few times in the preseason, and this year’s fourth-round pick Anthony Hitchens. That might be a problem.

On defense, the Cowboys were already a mess. Two of their starting defensive linemen are still dealing with injuries that kept them out for most of last season. Anthony Spencer may have to start the season on the PUP list yet again, and newly signed Henry Melton won’t be ready until training camp. New defensive coordinator Rod Marinelli has made a career of turning former second-tier defensive linemen into stars (just ask Jason Hatcher, who left Dallas for all the money in Washington), but he has an especially empty shelf of talent this time around. A defense that gave up the third-most yards in NFL history a year ago and finished 32nd in weighted DVOA was probably going to be bad with Lee. Now it’ll have to face life without him.

Dallas struggling on defense this year is almost a guarantee. The question the team’s staff faces now is how much it can count on Lee going forward. The Cowboys signed Lee to a six-year, $42 million deal with more than $16 million guaranteed just nine months ago. With a dead-money hit of almost $10 million if he’s cut before next season, Lee will be around through at least 2015. After that, if he misses any more time, the Cowboys will have to think about moving on from someone they thought was the future of their defense less than a year ago. And that’s the thing about Sean Lee. If he weren’t so damn good, none of this would be so hard to stomach.