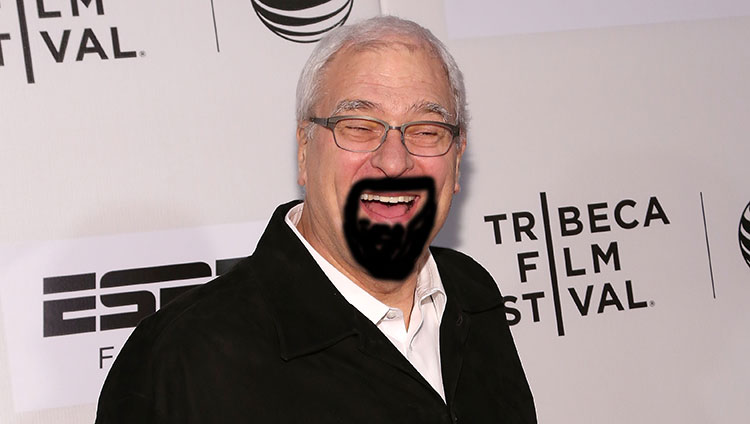 In the W.W. Jacobs 1902 short story “The Monkey’s Paw,” an elderly English couple comes into possession of the mummified titular extremity, which has the power to grant the wishes of whoever holds it. The only drawback — minor thing, really — is that for every wish fulfilled, something unexpected and awful will befall the wish maker. For example, the old man wishes for £200, but the source of the money turns out to be compensation for an industrial accident that kills his son. The story is about fate, about accepting yours, and the dangers of trying to change it. Which, I think, is why you have to read it in school around the eighth or ninth grade, right around when childhood dreams bump up against SAT prep.

The Trade Machine is basically the NBA fan’s version of the monkey’s paw, minus, you know, the power to actually make trades real. But what if it could? Imagine a gradually increasing scale of negative events that you would accept for the ability to make Trade Machine scenarios a reality for your team.

Let us enter the darkest timelines of the Trade Machine.

The Cavs clear out their Irving-Waiters beef factory and make Anthony Bennett Washington’s problem. Cleveland gets back Bradley Beal — an exciting young shooting guard with broadly comparable stats to Waiters, who’s already proved he can play and thrive with another ball-dominant guard — and Martell Webster, who is an actual NBA-level player. Virtual John Hollinger rates this trade as being worth only one extra win, but that’s because VJH doesn’t understand the hatred that can stir in the hearts of young backcourt partners. Still, this isn’t the type of trade that conjures images of wine-and-gold parades.

Dark Trade Machine Price: A young, dynamic Bradley Beal — getting along with Kyrie, drilling corner 3s — and the exiling of Anthony Bennett from your collective memory. All can be yours, Cavs fans. If only you will only allow a close friend (you cannot choose who) to get food poisoning lasting one week.

Yes, Bledsoe is a restricted free agent and the Knicks are over the cap; Dark Trade Machine can warp reality and is powered by blood, magic, and tears. Felton is a sub-average point guard facing gun charges, J.R. Smith has never known the score of any game he has ever played in, Pablo is wonderful but 37, and Toure’ Murry isn’t the answer to any question worth asking. Dragic and Bledsoe would be the best Knicks point guards in 20-something years, bringing creativity, competence, and perimeter defense to a team that needs those things really, reallllllly badly.

Dark Trade Machine Price: Dragic, Bledsoe, Shumpert, Melo, Chandler is a killer lineup. Virtual Hollinger-Brain Simulation analysis, plus last season’s SCHOENE projection = 44 wins, a solid Eastern Conference number. For this, one of your parents will suffer an injury, with a small chance of requiring surgery, while playing tennis.

The Stan van Gundy–era party balloons sagged just a bit when the Pistons — in yet another in a long line of indignities foisted upon the proud but rusted shoulders of the Motor City — had to forfeit their 2014 draft pick to Charlotte. With that, the last, fading echoes of Joe Dumars’s celly ringtones sound off into the winds of history.

Josh Smith, pushed to the perimeter by the vagaries of basketball positionality and plain bad planning, went about hurling 3-pointers in the vague direction of the basket at a career highest/staggeringly irresponsible rate of 3.4 per game, which he converted 26.4 percent of the time. Andre Iguodala solves this problem and more. Steph Curry is superior to Brandon Jennings in nearly every conceivable metric except getting sucker-punched by the Game and would be the best player to suit up for Detroit since pre–rotten ankle Grant Hill. Add Curry and Iggy to Drummond’s potential, allow it all to stew in the juices of SVG’s basketball IQ and pragmatism, and this team could do some real damage in the East.

Pros for Lakers fans: They get three of the best four players in the deal, including Kevin Love and Al Horford, a young guy with potential in Dieng, and an elite 3-point floor-spacer in Korver. If Kobe comes back at 65 to 70 arbitrary percentage points off of his full, German-medical-procedure, 36-year-old self, there’s some dark-horse conference finals potential. Cons: Every fan base would remember they hate the Lakers, which Lakers fans give zero fucks about anyway.

Dark Trade Machine Price: A starting lineup of Teague, Kobe, Korver, Love, and Horford would have the various motorways of Greater Los Angeles buried, once again, under the cacophonous flapping of Lakers car flags. For this, a close friend or family member will awake from a nap with the distinct feeling that someone they care about has passed away and they will not be able to reach that person for 15 minutes.

Maple Leaf Square would look like VE Day in Times Square for every single home game. Heck, probably most away games as well. Winter be damned. Starting lineup: Chris Paul, J.J. Reddick, Paul George, Anthony Davis, and DeAndre Jordan. Lance, Amir, Jonas, Patterson, Ross, and Novak off the bench. CP3 orchestrating the offense, P.G. getting into space, and, with Davis and DeAndre, you’ve basically thrown two incredibly athletic tree-sized humans in front of the rim. Oh, and Davis is a potential league MVP.

Dark Trade Machine Price: There is a Raps dynasty within your grasp. All you have to do is allow everyone in your life — friends, coworkers, family, pets — to hate you for a period of three years. Even random people whom you meet will irrationally find your company to be unpalatable. Mark Cuban will see you and cross the street. But your team will win at least one championship.