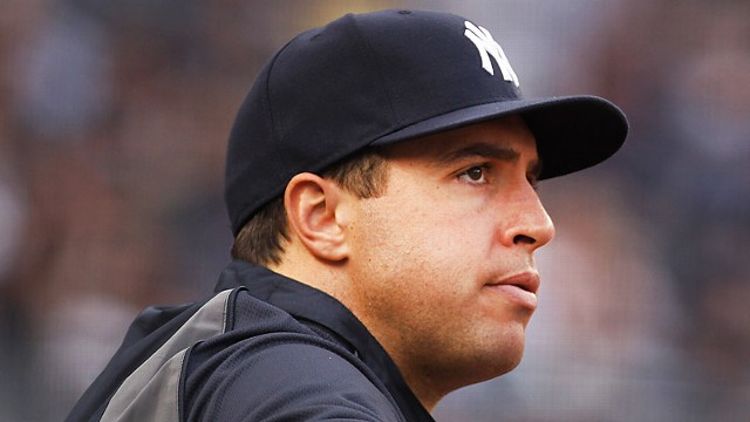 For those of you who weren’t already aware, Mark Teixeira was traded twice a few years back, and as it turns out, those trades completely upset the course of baseball events, on a scale that alternate-history novels are written. It’s not an exaggeration to say that had either of those trades shaken out differently, we’d be looking at a radically unfamiliar baseball landscape.

In 2007, the Atlanta Braves were coming off their first playoff absence since 1990, a remarkable run that we underrate historically because they lost four of their five World Series appearances in that time. On July 31, 2007, sitting third in a close three-way battle for the NL East, they traded five minor leaguers to the Texas Rangers for Mark Teixeira and Ron Mahay. Mahay was a pretty good middle reliever at the time, but a middle reliever nonetheless. The big get was Teixeira. In the years since, Teixeira signed a massive free-agent contract that covered his decline years, lost his foot speed and defensive ability, battled injuries, and watched his offensive output drop off precipitously. Which is to say that he’s become the archetypal modern New York Yankee.

But in 2007, he was a terrific baseball player. Over his first four and a half seasons with Texas, he was worth nearly 24 wins above replacement. He hit for average and power from both sides of the plate, played more or less every day, and had developed a good reputation with the glove. Teixeira was unflappable, just the kind of hitter who would show up at the ballpark and mechanically, monotonously, dispassionately grind his opponents into dust. He was, to paraphrase David Mamet, so cool that when he went to bed, sheep counted him.

He was precisely the weapon Atlanta needed to chase down (hilarious as this sentence is to say now) the imposing Mets and the ascendant Phillies. And sure enough, Teixeira closed the year with a .317/.404/.615 line in 54 games.

Four prospects was a reasonable return for one of the game’s best players, who both played a position of need and had another year of team control before free agency. When a team trades a star for a large prospect package, the idea is that maybe a couple of those youngsters will pan out. Sometimes it’s more, like when the Indians traded Bartolo Colon to the Expos for Cliff Lee, Brandon Phillips, and Grady Sizemore in 2002. Sometimes it’s less, like when the Indians traded Lee to the Phillies for Lou Marson, Carlos Carrasco, Jason Knapp, and Jason Donald. So what of those five Braves?

Well, in return for a year and change of Mark Teixeira, the Rangers got Elvis Andrus, Matt Harrison, Neftali Feliz, Jarrod Saltalamacchia, and Beau Jones. Once you write off Jones, that’s four major league regulars — including three All-Stars and a large part of the backbone of a team that won back-to-back pennants — acquired in one trade.

And while the Braves can hardly be blamed for failing to anticipate that just about everyone they traded away would turn out to be good, this trade could look even worse. Feliz and Harrison have both been on the shelf all year, with elbow and back injuries, respectively. Saltalamacchia has turned into a pretty solid starting catcher, but only after he contracted the yips and was traded to Boston for three guys who haven’t really done much of anything. (Yes, the yips, like Rube Baker.)

And when you consider that while Andrus was the only one of the three to be ranked in Baseball America’s top 100 at the time (Feliz never pitched above rookie ball in the Braves’ system), it’s all the more amazing that they turned out as well as they did.

For that reason, I still don’t think this was necessarily a bad trade in the moment. The Braves got a good reliever and a stud first baseman for a good young catcher and four pretty decent lottery tickets, three of which happened to hit huge. For a team that was, at least theoretically, one impact bat away from the postseason, it’s not a bad trade at all. It certainly turned out badly for Atlanta (and, conversely, great for Texas), but it hardly seems fair to judge a general manager for making a trade without having the ability to see five years into the future.

Fast-forward a year and you get a different story. The Braves, in fourth place, mired in what would become a five-game losing streak and effectively out of contention, decided to cut bait on impending free agent Teixeira, sending him to the Angels for Casey Kotchman and Steve Marek. Marek was a nonprospect, a 40th-round pick who never played a day in the major leagues, and Kotchman was a well-regarded defensive first baseman but an average hitter at a position where being an average hitter is actually pretty bad. He lasted only a year in Atlanta before he was shipped to Boston for Adam LaRoche. As for Teixeira, he signed as a free agent with the Yankees after the 2008 season.

Now, you might be thinking that getting something for Teixeira would have been better for the Braves than letting him walk as a free agent, right? Well, back in the olden days of free-agent draft-pick compensation, if a team let a Type A free agent (which Teixeira was) walk, it was awarded either the first- or second-round pick (depending on the standings) of the team that signed the free agent, plus another pick between the first and second rounds. So this was Atlanta’s choice: (a) Kotchman and Marek, plus a savings of roughly $3 million in salary (the prorated difference between Teixeira’s $12.5 million and Kotchman’s $2.9 million or so), or (b) a first-round pick and a sandwich pick, which wound up being no. 25 and no. 40 overall, respectively. If Kotchman was the best they could get, the smart move was probably (though not definitely) to take the draft picks.

So what if they had taken the picks?

Before we go on, I need to place a big, glowing caveat in the road. If the Braves had held onto Teixeira, there’s no guarantee the draft would have unfolded the same way, that the Yankees would have wound up surrendering those picks in particular, or even that they would have signed Teixeira in the first place. That’s not how logic works — go look up “fallacy of the predetermined outcome” if you’re not sure why, or just go watch any episode of Star Trek that involves time travel and you’ll find out that’s not how temporal mechanics work either.

But just for fun, let’s see who the Angels took with those picks they got when Teixeira signed with the Yankees. To recap, the Angels got those picks when they let Mark Teixeira walk, after acquiring him for next to nothing from the Braves, who had acquired him at the cost of Elvis Andrus, Neftali Feliz, Matt Harrison, and Jarrod Saltalamacchia.

With their sandwich pick, no. 40 overall, the Angels took Tyler Skaggs.

With their first-round compensation pick, no. 25 overall, they took Mike Trout.

#HotSportsTakes: Alex Rodriguez Turned the American Dream Into a Nightmare