#HotSportsTakes: Alex Rodriguez Turned the American Dream Into a Nightmare 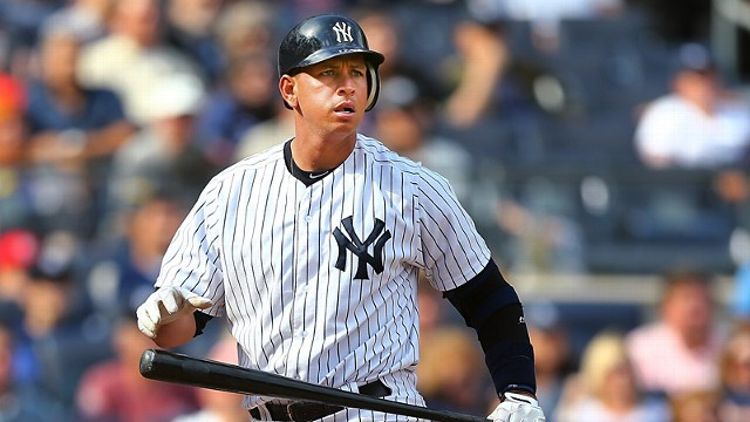 Every now and then, we will attempt to write the most infuriating sports column on earth. Today: Let’s talk about Alex Rodriguez and the clouds hanging over America.

NEW YORK — There are bigger problems in this world than Alex Rodriguez, sure.

You don’t have to look far for examples.

Right here in New York City, Anthony’s Weiner has dominated the news cycle for the past week. Out in the heartland they’re still reeling from Ryan Braun’s betrayal. In Texas, Johnny Goofball just keeps showing up in the wrong place at the wrong time, and somehow that makes us the problem. On the West Coast, Yusiel Puig continues to ignore baseball’s unwritten rules and tests our patience a little more every day. Next thing you know, Manti Te’o is going to be telling us about his new girlfriend.

From sea to shining sea, we’ve got enough clowns to start our own circus.

This is our world now. And with A-Roids back in the news this week, I couldn’t help but notice his role in all this. Doesn’t he personify most of what’s gone wrong lately? Sports and our sports heroes are a reflection of society, and as more athletes lose their way every day, Alex Rodriguez is the face of our failure. The face of leaders who don’t get held accountable anymore. The leaders who get a second chance, then betray us all over again. Before Anthony’s Weiner, there was Alex Fraudriguez.

I was thinking this over as I was enjoying HBO’s The Newsroom this week. In case you’ve never seen it, The Newsroom is one of the most authentic shows on television in 2013. They rip stories straight from the real world, and then tell us what they really meant. Will McAvoy is the star as the host of a cable news program, and after saying the “right” things for years, one day he just snaps and forgets how to play it safe.

The truth is too important, he decides.

Once he starts down that road, he might as well be reporting from the desert.

In the pilot episode, a young woman asks him whether America is the greatest country in the world, and McAvoy plays it straight. “Just in case you accidentally wander into a voting booth one day, there are some things you should know, and one of them is: There is absolutely no evidence to support the statement that we’re the greatest country in the world. We lead the world in only three categories: number of incarcerated citizens per capita, number of adults who believe angels are real, and defense spending, where we spend more than the next twenty-six countries combined, twenty-five of whom are allies. None of this is the fault of a 20-year-old college student, but you, nonetheless, are without a doubt a member of the WORST. GENERATION. EVER.”

“So when you ask what makes us the greatest country in the world,” Will continues, “I don’t know what the [expletive] you’re talking about! Yosemite?”

It isn’t baseball anymore, that’s for sure.

Those days are long gone, like so many Ryan Braun home runs.

It wasn’t always like this, was it? After a long pause in the pilot, Will McAvoy remembers when America really was in first place, and you can’t help but get nostalgic. Listen and learn, friends.

“We sure used to be [great],” he tells the young woman in the audience. “We stood up for what was right. We fought for moral reasons, we passed laws, struck down laws for moral reasons. We waged wars on poverty, not poor people. We sacrificed, we cared about our neighbors, we put our money where our mouths were, and we never beat our chest. We built great big things, made ungodly technological advances, explored the universe, cured diseases, and we cultivated the world’s greatest artists and the world’s greatest economy. We reached for the stars, acted like men. We aspired to intelligence; we didn’t belittle it — it didn’t make us feel inferior. We didn’t identify ourselves by who we voted for in the last election, and we didn’t scare so easy. We were able to be all these things and do all these things because we were informed. By great men, men who were revered. The first step in solving any problem is recognizing there is one. America is not the greatest country in the world anymore.”

Maybe it’s just coincidence that America’s losing the worldwide pennant race while America’s pastime is in the gutter. But once you start thinking about it, the connections are unavoidable. With the greatest game drowning in scandal, why should the rest of us even bother with hope?

Guys like A-Roids brought the clouds upon us, and now the American Dream is stuck in a rain delay. If it were up to me, we’d stop playing baseball until we got rid of guys like A-Roids and Lyin Braun. Because right now, there’s no more magic in the crack of the bat or the smell of the infield. There’s no more bunting lining the outfield bleachers. We used to have heroes, now we have weasels hiding behind lawyers and their right to due process. The whole charade makes me nauseated.

And we don’t have Will McAvoy to save us. He’s a fictional TV character. Instead, our last hope is Bud Selig, the man who’s not willing to let his sport live in the gutter. He’s the shepherd this sport needs. Americans are the sheep, wandering in the wilderness.

And Alex Fraudriguez is the wolf. 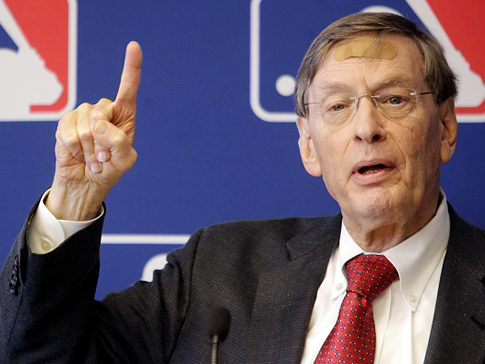 We’re waiting for an A-Roids suspension this week, and while we wait, there are already rumors that he’ll appeal whatever penalty he gets. Well, here’s to hoping that Selig takes matters into his own hands if A-Roids wants to fight back. At some point, being correct is more important than being politically correct.

Ban him for life, Bud. Ban him twice.

Give him the ol’ Pete Rose chin music and see if his lawyer dares to charge the mound.

Send a message to the masses that we won’t buy this fool’s gold anymore. We’re smarter now, and we’re better than this. Don’t let a baseball player disgrace the American Dream like this. When guys like Alex Rodriguez win big, we all lose.

The truth is too important, even when it’s not convenient. So in case you accidentally wander into a Hall of Fame voting booth one day, there are some things you should know, and one of them is: Baseball used to be special. We used to have heroes, and they personified our American Dream. Then came zeroes like Alex Rodriguez, and the whole show went off the rails.

Now, here we are. The first step in solving any problem is recognizing there is one. And then getting rid of it.

It may be more popular to shrug your shoulders, but while so many of you sheep wander in the wilderness, I can’t sit back and watch this wolf sink his teeth into our conscience one more time.

Maybe it’s not my job to ban Alex Rodriguez for life, but it’s my job to tell you there’s no other choice if you care about America’s game.

I’m a newsman, dyed in the wool.

Sorry for daring to give a damn.