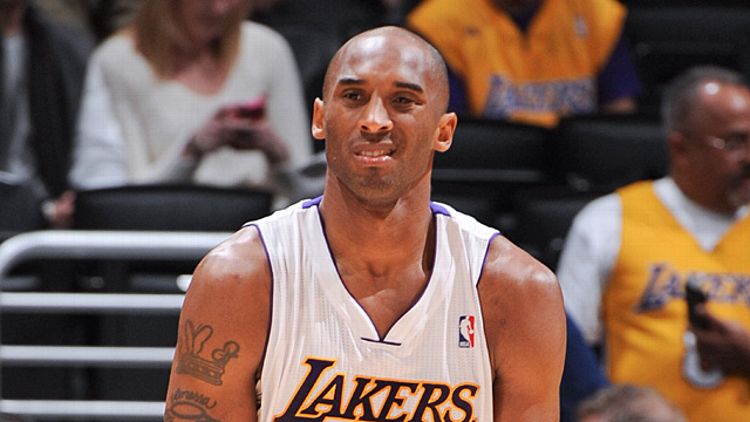 Sports talk radio never changes. Kevin from Saugus is Leo from Bensonhurst is Robbie from Schaumburg is Carl on a cell phone on the 280 outside Daly City, and although each of those guys complains in a regional style about regional players, they all share a similar tone — the annoyed arch in the vowels when they pronounce a terrible quarterback’s name, the self-righteous lilt whenever they talk about a linebacker who has been recently arrested. Here in Los Angeles, sports talk radio is really just Lakers talk radio. The Kings can win the Stanley Cup, the Clippers can win 17 straight games, UCLA can recruit the top high school player in the nation, but as long as Kobe Bryant is doing something at Staples Center, every Dan from Santa Monica, Jun from Cerritos, and Miguel from West Covina will call in to sing his praises. It’s a weird, profoundly Southern Californian inversion of the usual sports talk radio formula — Dan, Jun, and Miguel might be the same guys as Kevin, Leo, and Robbie, they might still be nasty and paranoid, but they are nasty and paranoid about the greatness of Kobe Bryant.

This season, the unctuous positivity of Lakers fans has been stretched thin. November talk about 70 wins and a surefire championship quickly devolved into “It doesn’t matter that we went 0-8 in the preseason because PRESEASON GAMES DON’T COUNT WHEN IT’S WINNING TIME,” which, in turn, devolved into “The Princeton offense sucks. Mike Brown sucks, but Kobe rules!” This lasted for about a week until Mike Brown was actually fired, leading to a 4-1 stretch under interim coach Bernie Bickerstaff. For about 10 days here, the talk upticked to “We might not win the 1-seed, but we’ll still win the championship and that’s all anyone cares about here in championship town.” But once Mike D’Antoni took over and the Lakers started losing again, even the most positive callers began to question the team’s chemistry and makeup. After the Lakers lost to Cleveland last month, Armageddon seemed nigh. Nobody would come out and say that these Lakers couldn’t beat anyone in the playoffs (except THIS GUY — sorry, I am right so infrequently that I sometimes feel the need to take a victory lap), but the talk about blowing up this current product and starting afresh with anyone but Pau Gasol had begun in earnest.

Now that the Lakers are a joyless 15-18, now that Lakers fans have seen the 1,884th shot of Mike D’Antoni grimacing on the sideline (You know those dreams where you are back in college and suddenly realize that you signed up for a class at the start of the semester but somehow forgot to ever attend? When you wake up from those shitty dreams, the look on your face is exactly the same look that’s plastered over Mike D’Antoni’s face in the third quarter of every Lakers game. He legitimately seems as if he’s thinking, Jesus, I really don’t remember signing the contract to come coach these dysfunctional idiots, but here I am), the Lakers talk has fallen to Clevelandian depths: All that’s left is the irrational hope for some unforeseen salvation. Time has gotten weird as well — whenever the Lakers or any great franchise struggle, their fans conveniently lose track of how much of the season has already passed. A bad preseason is treated like a practice, a rough start through 20 games is treated like a bad preseason, and so on until Dan, Jun, and Miguel finally realize that Kobe Bryant isn’t going to save them this time. The further you push along on that scale, the more friction you experience. And right now, Lakers nation is about to blow the hell up.

I’ve obviously listened to way too much Los Angeles sports talk radio over the past year and have therefore heard pretty much every single excuse, theory, and solution to the Lakers problems. So here at the Triangle, I’d like to host my little Lakers talk radio show to address some of the stuff I’ve heard while driving around the Southland. To give non-Angelenos a taste of what it’s like to live in Los Angeles when the Lakers suck, I will answer three questions generated by the computer I have in my car that takes everything that’s ever asked on sports talk radio and spits out the average question of the day. (It plugs into my cigarette lighter and I bought the whole thing on SkyMall.)

“Hey, Jay. You’re an idiot. Just wanted to say that the Lakers still have time. Everyone is like, ‘Oh no, the Clippers are better and the Lakers are sucking,’ but let me remind all of you of one thing: Championships aren’t won in January. The Lakers have won 16 championships and they have Kobe. There’s still time. As long as they make the playoffs, Kobe will take them to the promised land.” — Val from West Hollywood

The numbers here are pretty simple. Over the past five years, the eighth seed in the Western Conference playoffs has won an average of 47.8 games. To reach that mark, the Lakers, who dropped to 15-18 with last night’s loss to the Nuggets, must go 32-17 the rest of the way. The upcoming schedule doesn’t provide much relief, either. The Lakers travel to Texas to play the Rockets and the Spurs before heading back home for a Friday-night game against the Thunder. If the Lakers lose all three of those games, they’ll need to win at a .673 clip for the rest of the season to make it to 47 wins. Of course, there’s a chance the Lakers might make it into the playoffs with fewer than 47 wins, just as there’s a chance (albeit much smaller) they’ll miss the playoffs even if they win 49, but every other team battling in the lower half of the Western Conference playoff standings has legitimate reasons for hope: The Nuggets will play a ton of games at home in the second half, the Rockets seem to have figured out the Harden-Lin problem, the Timberwolves, who have been destroyed by injuries, will eventually get healthier.

There are actually a lot of ways a team can drastically change its fortune within a season — a key player can come back from injury; a superstar can elevate his game, à la Tracy McGrady in 2008; a coaching change can fix a glaring problem; team chemistry can improve following a pivotal win. The Lakers are healthy. Kobe is playing some of the best basketball of his career. They have already changed coaches. They are thoroughly joyless and snipe at one another and their coach through the press. What can they really do to get drastically better?

“What the Lakers need to improve is their team chemistry. I can’t stand watching them just jog around — ESPECIALLY YOU, PAU — while Kobe is out there busting his ass. They just need to jell and they’ll be fine.” — Bob from Atwater

After Friday night’s loss to the Clippers, Howard told reporters that the Lakers lacked chemistry. “We have to play like we like each other. Even if we don’t want to be friends off the court, whatever that may be, when we step in between the lines or we step in the locker room or the gym, we have to respect each other and what we bring to the table.” Although Howard’s most recent statements certainly made the usual rounds in the Los Angeles media, they didn’t deviate too far from what he has been saying all season: The Lakers do not play defense as a team, they do not help on pick-and-rolls, they do not rotate properly, they are almost never where they are supposed to be. After a loss in Denver last month, an exasperated Howard even intimated that the Lakers had not been practicing defense enough.

It’s true that the last shred of hope the Lakers have of drastically improving their performance in the second half of the season comes from the off chance that Dwight’s back will improve enough to make him the defensive force he’s been over the past half-decade. Howard has certainly lost some of his explosiveness, but his tentativeness on the defensive end also comes from the fact that he can’t rely on his teammates to rotate over when he goes up to contest shots. A healthy Howard could have wiped up a lot of the mess, but even Bill Russell couldn’t have saved a lineup with Darius Morris, Pau, Kobe, and Steve Nash. I can’t think of one medical reason why Dwight Howard would wake up one morning and re-create the Sticker Dunk, but even if he could, the Lakers would still stink defensively.

“Kobe is out there busting his ass every game, scoring 30-40 points a night. I don’t get these haters who blame Kobe for the Lakers losing. Pau and Dwight need to put on their big-boy pants and stop whining and go out there and play as hard as Kobe.” — Vic from Culver City

I can’t believe how much I agree with this statement. Say what you will about Kobe’s qualities as a teammate or his propensity to throw teammates and coaches under the bus, especially in front of Los Angeles’s press corps, the Mamba has been playing incredibly on the offensive side of the ball. According to Synergy Sports, Kobe is scoring 1.052 points per possession, which ranks sixth among players who have logged more than 500 plays used. His 1.293 PPP in the post is Olajuwon-esque and ranks first in the league. Oh, and he’s leading the NBA in scoring. His defense has ranged from not great to disinterested, but it’s hard to demand that a 34-year-old player score as much as Kobe does and bust his ass on every possession on the defensive end.

In Friday night’s game against the Clippers, Kobe scored 38 points on 15-of-25 shooting and guarded Chris Paul for long stretches of the game. Even if the guy is killing team chemistry and jacking up WOOBLYs at a historic rate, doesn’t it fall on some of his teammates and his coach to maybe figure out how to contribute something to help the team win? It’s true that the old, slow roster can’t magically become populated with young, athletic, unselfish players (although a Gasol trade could get them partway there), and I understand that it’s hard to quantify effort, but after watching nearly every minute of this Lakers season, it’s becoming pretty clear that the sports talk consensus is right: The Lakers just aren’t trying all that hard.

After last night’s loss to the Nuggets, a visibly disgusted James Worthy, who works as a commentator on the local Lakers network, said, “Something stinks in that locker room. Something is rotten.” Blame Kobe if you want. But Kobe has been Kobe since he entered the league. Blame him for the team’s dysfunction, but there are exactly three Lakers who play hard every night: Kobe, Metta World Peace, and Jordan Hill. Two of those three players are not particularly good right now.

Calm Like a Bomb: The Finer Points of Manti Te'o's Search-and-Destroy Style