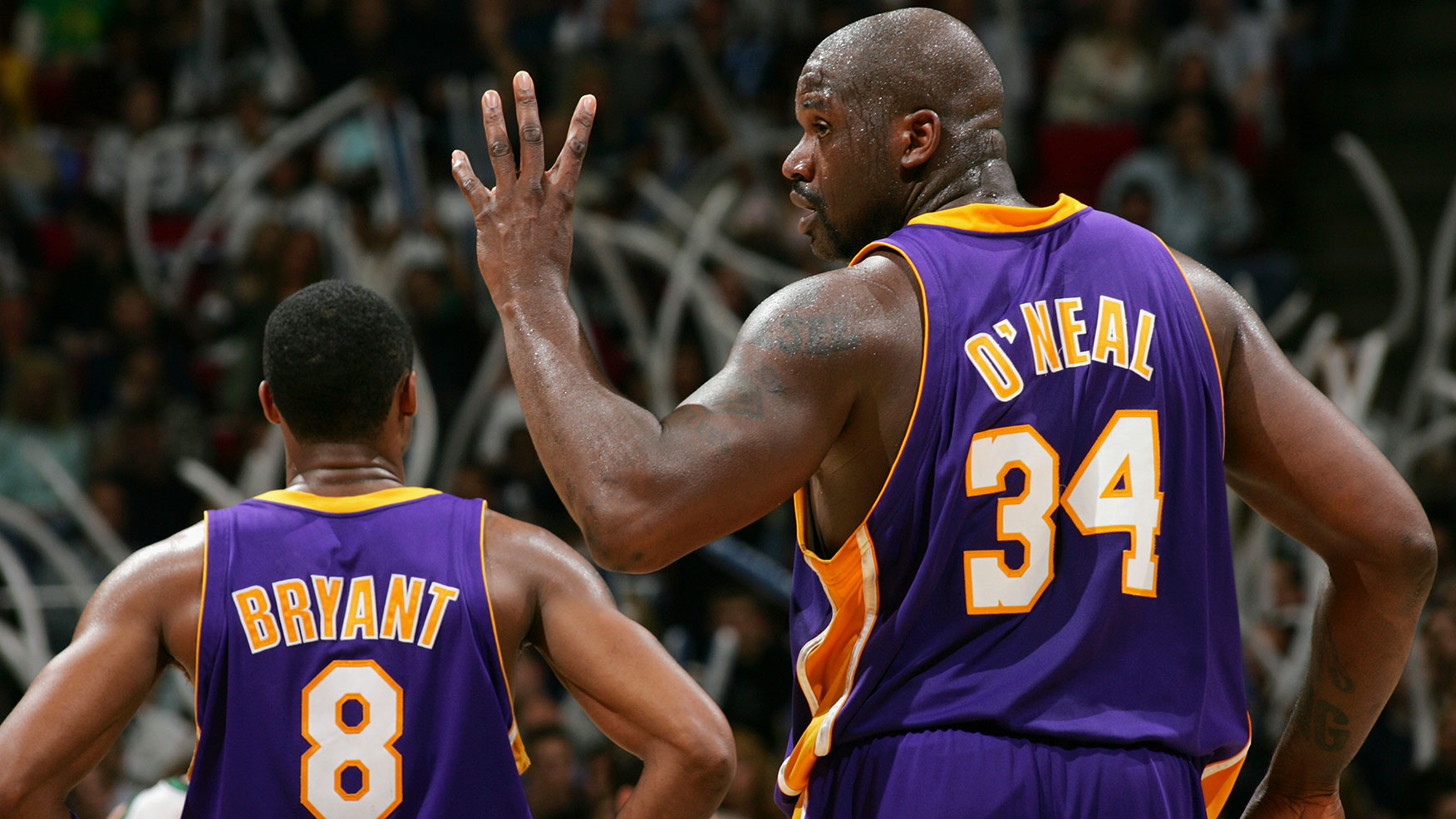 Shaq vs. Kobe: It was the defining intra-squad beef of its generation. Perhaps of all time. For Lakers fans, the beef was the only thing keeping the Shaq–Kobe–Phil Jackson Lakers from reaching the misty, jewelry-laden peaks of the MJ-Pippen Bulls. For non-Lakers fans, it was pure schadenfreude — the only potential weakness for a team that was built to destroy all comers. And now it’s over. We think. Or at least that’s what they want us to think. Kobe recently appeared on Shaq’s Big Podcast With Shaq to finally, once and for all, like grown-up adults looking to maximize their post-career earning potentials by at least appearing to be cool with each other, bury the nicked and bloody hatchet.

In memory of one of the greatest NBA beefs ever, here’s an annotated and condensed transcript of Shaq and Kobe’s conversation.

May the beef rest in peace.

Shaq: Ladies and gentlemen, the greatest Laker of all time — Kobe Bryant!1

Kobe: Haha! What’s up, my man? How you feeling?

Shaq: Listen, I think right now is time to clear the air.  Because I’ve said many times that we were the most enigmatic, controversial, most talked about, dominant one-two punch. I just want people to know — I don’t hate you, I know you don’t hate me. I called it today a “work beef” is what we had. I was young, you was young. But then as I look at it — we won three out of four, so I don’t really think a lot was done wrong.

Shaq: Did your wife have a typo last night or is your nickname really “Bay-boo”?4

Kobe: My kids call me “The Tickle Monster.” I got all kinds of nicknames.

John Kincade (Shaq’s cohost): Kobe, if you’re Bay-boo now, you know that maybe LeBron is going to be whispering that in your ear …

Kobe: I do not care what they whisper. Bay-boo will still drop 60 on you.5

Kobe: I’m training and getting ready for the season. I’m really excited about it.6

Kobe: I’m closer to the end. I mean, 20 years! That’s nuts. I couldn’t imagine playing for 20 years back in the day. I’m really excited for this year.

Shaq: Me and Kobe, we came in together. We were in Utah. Utah used to kill us all the time. Only one guy wanted to take the shot. I didn’t want to take the shot. This guy took three major shots. He shot air balls.7 I knew then, you know what, this guy’s not afraid.

Kobe: You know what else? In ’99, two things happened. I think Shaq realized, this kid is really competitive, and he’s a little crazy. Then I realized that I probably had a couple of screws loose because we got in a fistfight and I actually was willing to get into a fistfight with this man.8 I went home and I was like, dude, I’ve got to be either the dumbest or the most courageous kid on the face of the earth.

Shaq: That just showed me that this kid ain’t gonna back down. Kobe saw me punk everybody in the league!9 I knew then that, down by one, and I kick it out, he’s gonna shoot it and he’s gonna make it.

Kobe: It was one of two things. Either he was going to beat the shit out of me or I was going to get it done. I was comfortable either way.

Kincaid: Is there anything, Shaq, that you would like to take back that you ever said in the give-and-take over the years?

Shaq: A lot of things. Like, you just played the clip where I said I wanted to be traded.10 I definitely didn’t want to leave L.A. But you know, that’s how you got to talk when you’re in business, especially when you think you’re in control. A lot of stuff was said in the heat of the moment. I guarantee I don’t remember a lot of stuff that I said. I’ve changed my thought process. You know what? We won three out of four. What the hell are y’all talking about? This is not even really a story. Don’t forget we got the NBA record 15-1.11 We should’ve been the one to go 16-0, but your man Iverson hit us for 55.12 So you tell me now two guys who have beef is going to lead a team to 15-1 and the championship? That’s never been heard of. And I guarantee that record won’t be broken for the next 20 years. Guaranteed.