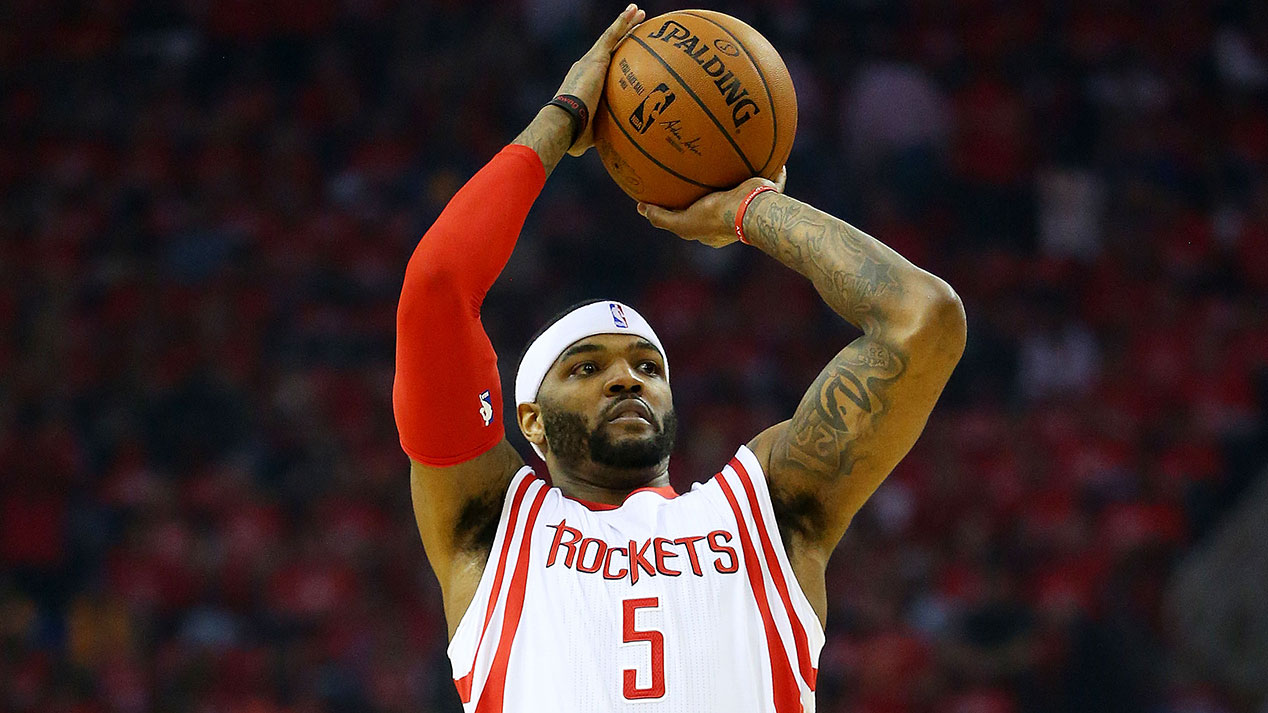 Just before Houston’s season-ending loss to Golden State in Game 5 of the Western Conference finals, talented (he led the historic comeback against the Clippers in the second round with 19 points) and perplexing (he went 3-of-14 last night and sat out the fourth quarter) 29-year-old forward Josh Smith spoke about his shot selection, the importance of team chemistry, and finally feeling liberated with the Rockets.

Do you think about your shot selection?

I just try to take the best shot possible — to not force anything or rush anything. I play very instinctively within the flow of the game. When you think too much about what a coach wants, you overthink situations and mess with how things progress in the game.

Critics say you shoot too many 3s.

I don’t understand how a person could tell me how to play a certain way who has never been in my shoes in life. I can’t tell you how to write a story, can I? You know what I’m saying? It’s kind of hard to hear.

How do you explain your surprisingly high 3-point percentage in the playoffs (.380 versus .285 in his career), which is better than Kyle Korver’s this postseason?

What’s your ceiling as a player?

I feel like I have top-10 talent. Most guys will say that, though. [Laughs.] You definitely have to have confidence in the profession that I’m in.

Do you have more confidence now?

Yeah, Coach [Kevin McHale] has instilled confidence in me and the other guys. Just going out there and not worrying about things. Maximizing the potential of the athletes instead of putting them in a shell and making them a robotic thinker. Just play your game, play with no worries, play with freedom.

Have your other coaches done that for you?

I was young when I was with the Hawks. And [former Hawks coach] Mike Woodson was definitely a veteran’s coach. When you’re young and you’re a rookie, you’re a scrub, so you really don’t know. You feel like whatever situation and whatever circumstances you get put in, you just feel like, OK, this is the NBA. When you get an opportunity to get coached under different organizations, you come to understand that every setting is not the same. I’m happy here in Houston.

Is coaching, chemistry, or talent more important to a team?

I think coaching and chemistry. We were very talented in Detroit, but we just didn’t find ways to get wins. That was bad chemistry. We had good chemistry in Atlanta, but coaching wasn’t right. Here, we police each other without people taking it serious. It’s a lot of players that have done special things in this league. They know what it takes to win championships. They’re bringing that presence to the table, and it’s hard to kind of fight somebody that’s already been there and won rings. It’s also fun to play with a guy, Dwight [Howard], who I’ve known since preschool. We’re just big kids out here.