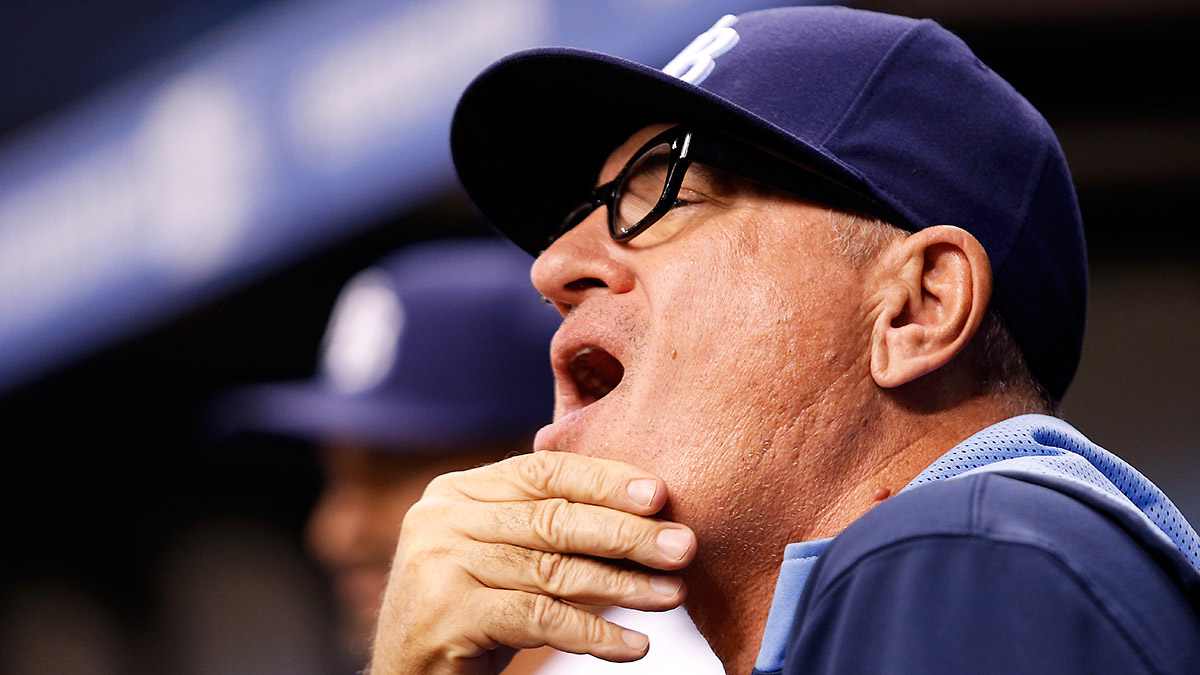 Joe Maddon has opted out of the final year of his contract as Tampa Bay Rays manager, capping a disastrous season that started with the Rays as World Series contenders and ended with a sub-.500 record, their best pitcher traded, their general manager off to the Dodgers, and their manager off to parts unknown.

Maddon would have made $2 million in the final year of his deal, but his contract included an opt-out clause that Maddon could exercise if Andrew Friedman left the team. On Friday, a few hours after ESPN’s Buster Olney reported that Friedman’s new deal with the Dodgers is for five years and $35 million, plus bonuses and incentives, Maddon acted.

Here's what Principal Owner Stuart Sternberg had to say regarding Joe Maddon's departure from the #Rays: pic.twitter.com/klaNMgX4w0

Speculation quickly turned to Maddon joining Friedman in Los Angeles. But Fox Sports’s Ken Rosenthal and others are reporting that Maddon is not going to the Dodgers. Rosenthal spoke to Maddon midday Friday, asking him about rumors linking Maddon to the Cubs job or even to a year away from the game: “I’d love to manage,” Maddon told Rosenthal. “If the right opportunity does not present itself, I would want to work. But I would hope it would be a managing position. If not, there are other things I can do that would make me an even better manager when I get the opportunity again.”

Last Friday, a reporter asked Friedman if current skipper Don Mattingly would manage the team in 2015. Friedman emphatically replied yes, and Dodgers president Stan Kasten echoed that support for the current skipper. Read into that what you want, given Maddon’s reassurance after Friedman’s departure that he wanted to remain a Ray. If Maddon doesn’t become a Dodger, expect a fierce bidding war for his services, given that he’s one of the most highly regarded managers in baseball.

But while the Internet goes crazy speculating over Maddon’s eventual landing spot, it’s worth discussing what this means for the team he’s leaving behind. As I wrote last week when the Friedman news broke, the Rays still have a front office positioned to succeed. Former team president Matt Silverman, who worked closely with Friedman for a decade while dealing with both the business and baseball sides of the organization, is the new head of the baseball ops division. The front office is also stuffed with bright baseball minds, including Chaim Bloom and Erik Neander, who were both promoted to new roles as vice-presidents of baseball operations after Friedman left. 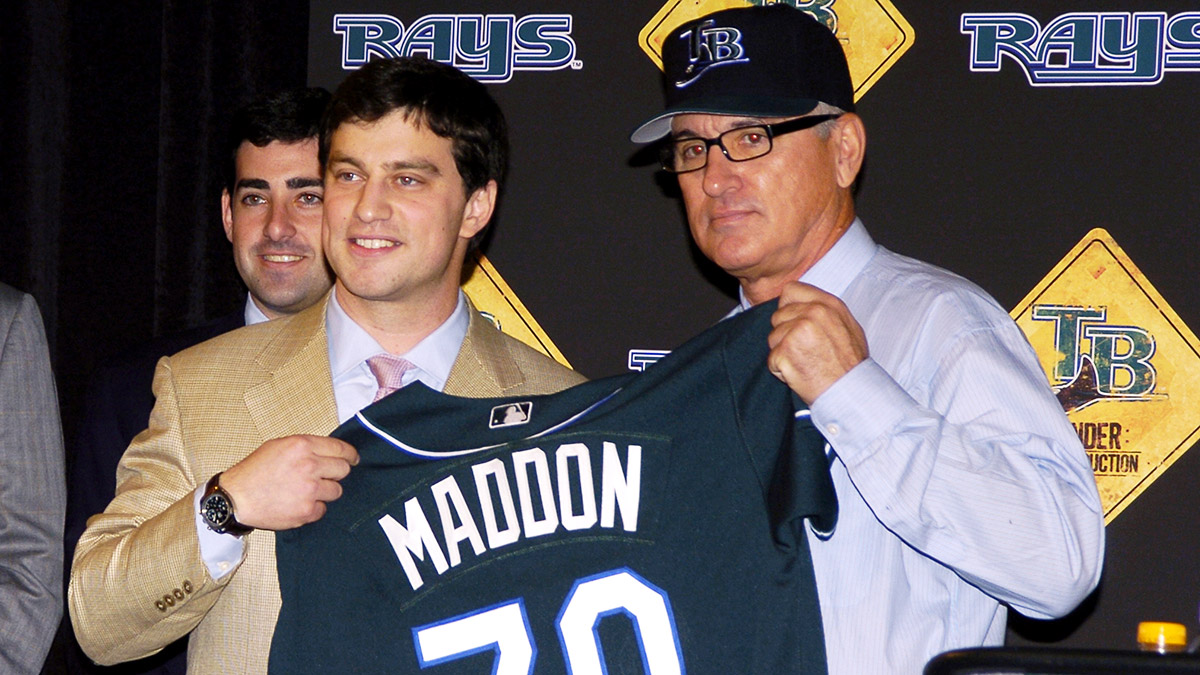 And, crucially, there’s also plenty of on-field talent on the major league roster. The young and gifted starting rotation got a boost from left-hander Drew Smyly, who filled in ably for David Price after the blockbuster deadline deal with the Tigers. Tampa Bay also controls franchise player Evan Longoria’s rights through 2023,1 and there’s hope for improvement from Wil Myers, Desmond Jennings, and others.

The search for a new manager will be interesting to watch, though the transition could be much smoother than most would think considering the breathless headlines surrounding Maddon’s departure. Rays bench coach Dave Martinez just celebrated his seventh anniversary in that job, and the 50-year-old has already interviewed for other managerial jobs with the Cubs, Jays, Astros, and Indians. He’s bilingual, commands great respect in the Rays clubhouse, and comes across as similar to Maddon in many ways: smart, affable, and open-minded. FanGraphs’s David Laurila did a Q&A with Martinez two years ago, and in it, Martinez spoke at length about the lessons he’d learned from Maddon.

DL: Do you and Maddon differ on anything philosophically?

DM: I’d have to say no. We pretty much hit it on the nail. Like I said, I’ve learned a lot over the last five years with the way Joe thinks, and the way he does things. He’s opened my eyes to a lot of different things. From what I know from playing, from dealing with players, and from what he knows about basically everything in the game, we do a great job together.

So while merlot sales and giant snake photo ops might slip in Tampa Bay, Martinez would be a logical and strong replacement for Maddon. Expect long-time Triple-A manager Charlie Montoyo, a key part of the Rays’ player development success, to also earn consideration.

Wherever the Rays go from here, the Friedman and Maddon departures mark a major identity change for one of baseball’s great recent underdog stories. Battling with the loaded Yankees and Red Sox and improved Orioles in the rugged AL East, the Rays reeled off four playoff berths, two division titles, and one World Series appearance in six years, doing so with one of the smallest revenue streams and team payrolls in the game.

More than that, the Rays’ dispassionate approach to team building ushered many productive (and, in many cases, well-liked) players out the door, including Price, Carl Crawford, and Matt Garza, plus James Shields and Wade Davis, who are now three wins away from leading their new team to a championship. Amid that environment, Rays fans’ only points of continuity other than Longoria and Ben Zobrist (who’s a free agent after next season) were the men pulling the strings, and the two most notable puppet masters are now gone.

Though it might not show up in the standings, Friedman and Maddon were integral parts of the Rays’ identity and beloved avatars for the fan base, especially in the post-Moneyball era of non-player stardom. We don’t yet know what the future holds for Maddon, but we know he’s leaving for greener pastures, and if nothing else that marks the end of an era in St. Pete.