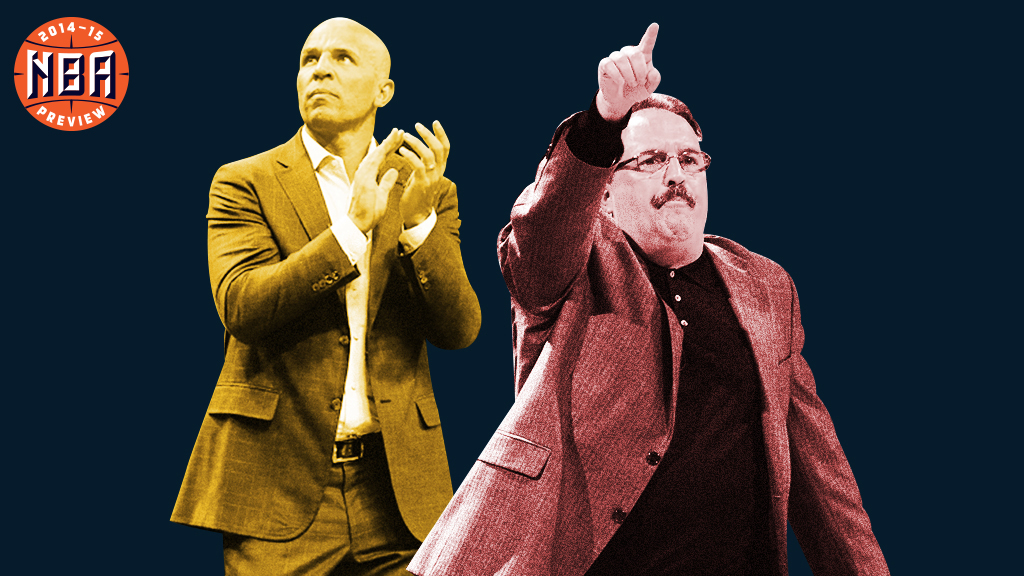 The Triangle All-Star team is a way for the Triangle blog to celebrate our favorite players. This week we will introduce you to the people’s Dream Team — the characters, untapped talents, and head cases who make the NBA our favorite thing to watch. So far we’ve run down the starters, the second unit, and the Mamba. Today, the coaching staff.

Things got weird on the Triangle All-Stars this year. There’s Giannis and Boogie as the faces of the franchise, and Dion Waiters, the spiritual center. But then we’ve got Gorgui Dieng holding down the low post and ready to build on his 4.8 points per game from last year. We grabbed Nick Calathes on the strength of his bald spot and related PED suspension. We picked Jeff Teague for some reason. And Jusuf Nurkic was almost like a dare … right before he went out and tore up the preseason in Denver and became our secret weapon off the bench. Then we’ve got Kobe at the end of the bench, ready to go down shooting and cursing out the whole league.

You know who’s good at working with strange groups? 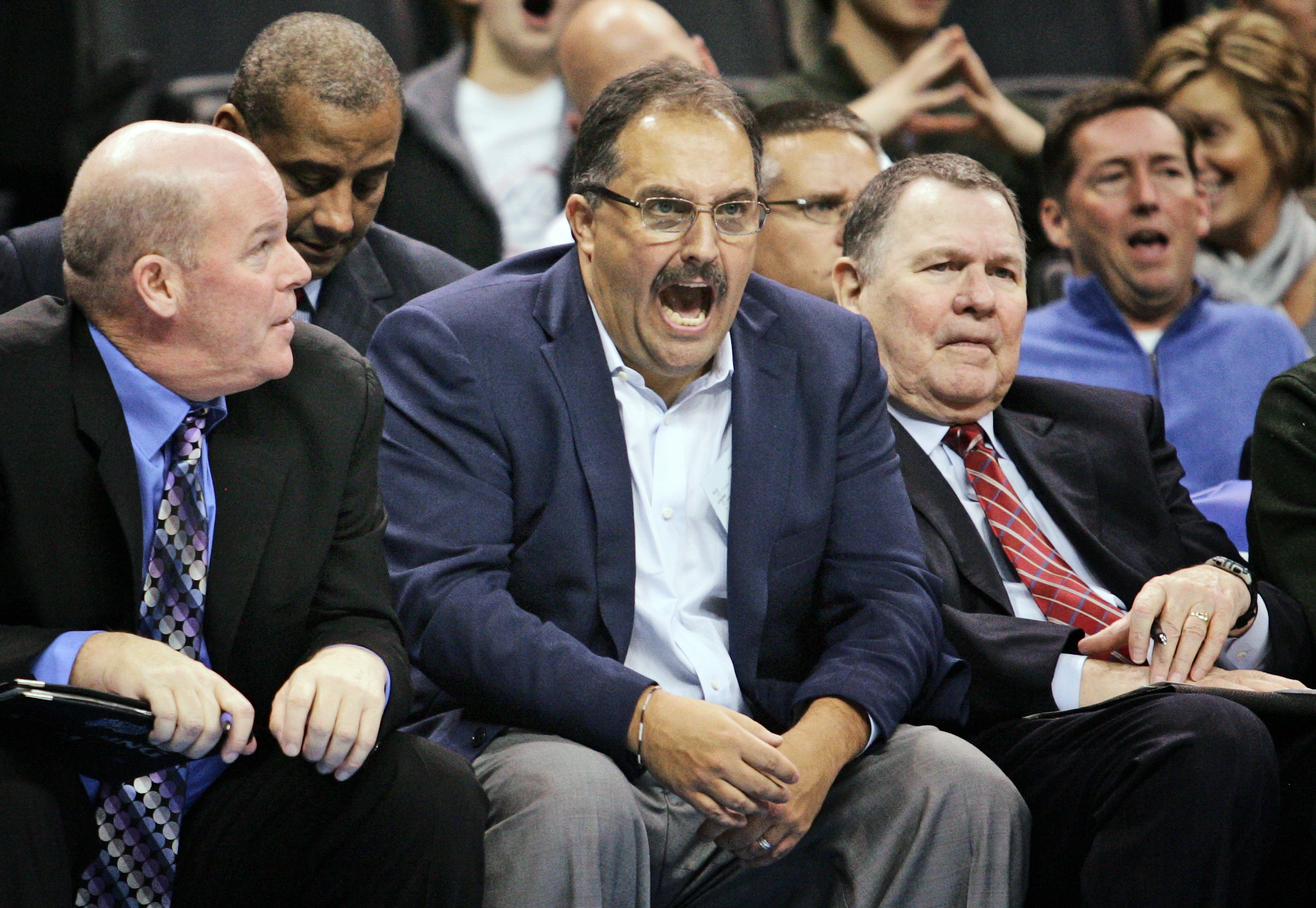 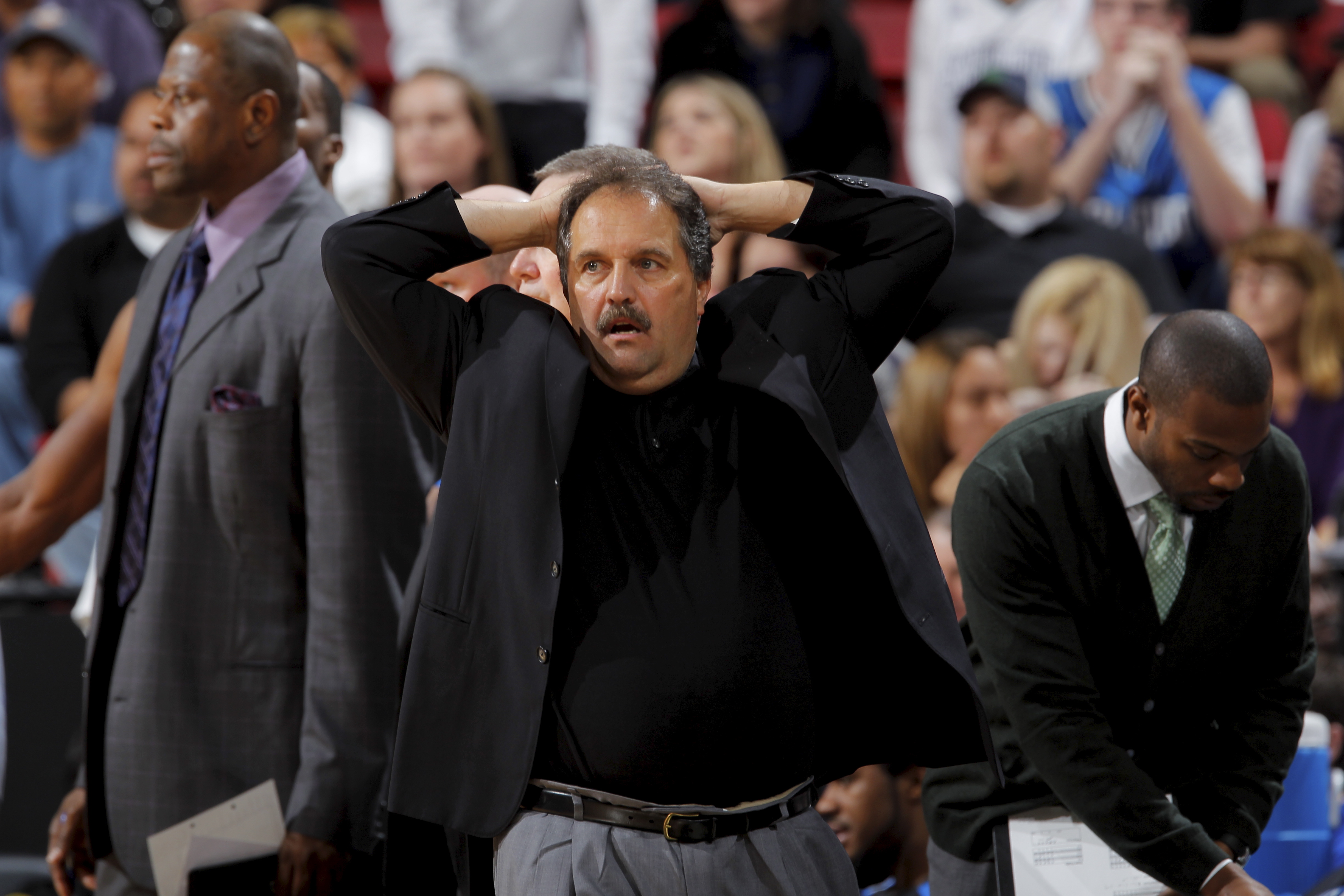 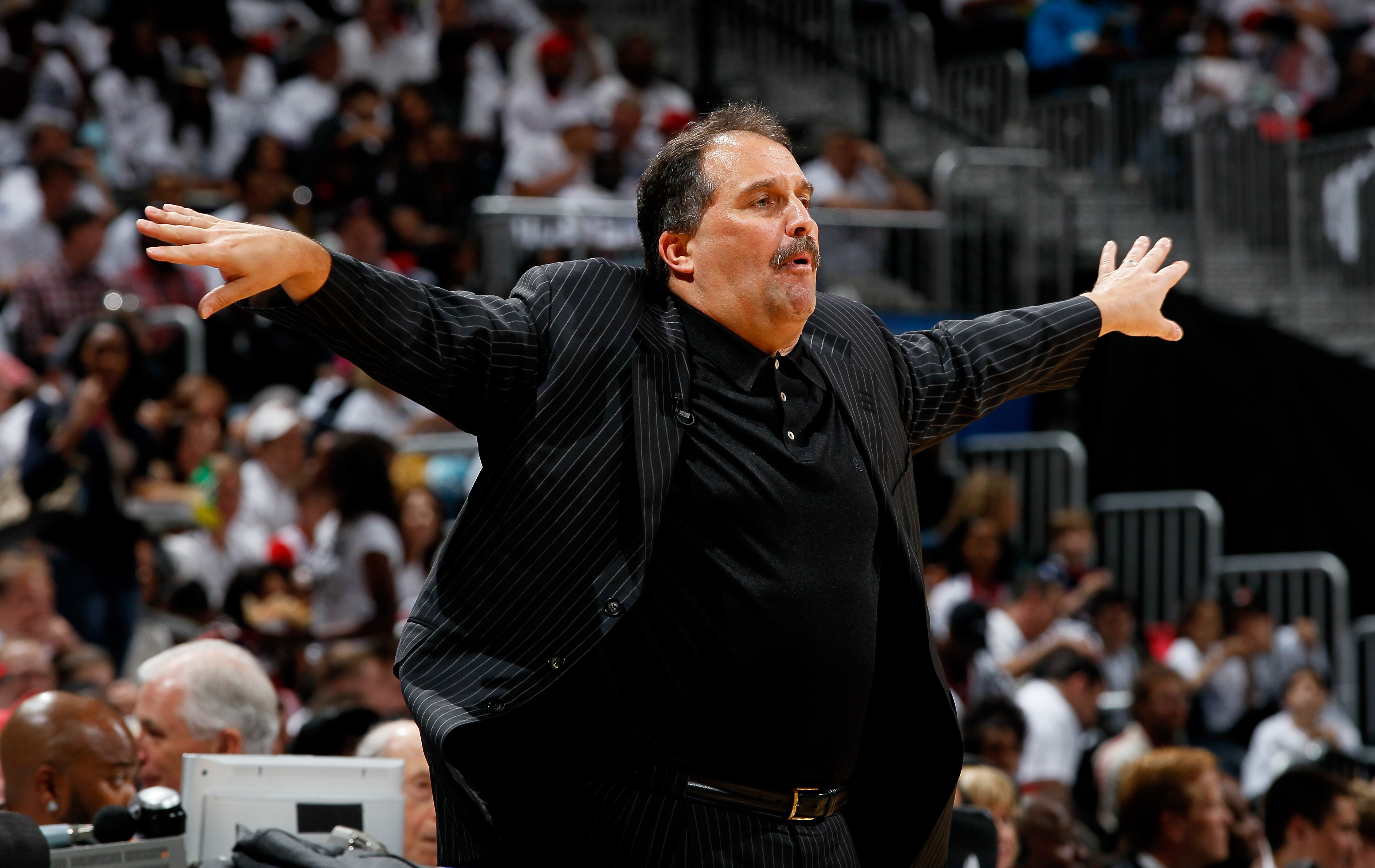 Everyone’s favorite Angry Hedgehog is back. NBA Ron Jeremy couldn’t say no to an encore. The star of the world’s greatest Diet Pepsi commercial is here to save the Motor City.

What does that mean? He’s going to make this face 10 times a game watching Brandon Jennings and Josh Smith …  and he’ll still get the most out of them, and turn Andre Drummond into even more of a monster, and the Pistons will be the surprise playoff team in the East. You know this is happening. Put your money down now, and thank Stan later.

We could write more, but nothing else needs to be said. Keep Thibs, keep Pop, keep Doc, keep David Blatt’s motion offense. We’re good here. Stan Van is the man who’s incapable of taking himself too seriously, but seriously might be as talented as any coach in the NBA. There could be no other choice to lead this team as we get ready for the season.

It’s good to have basketball back. But it’s great to Stan Van Gundy back. 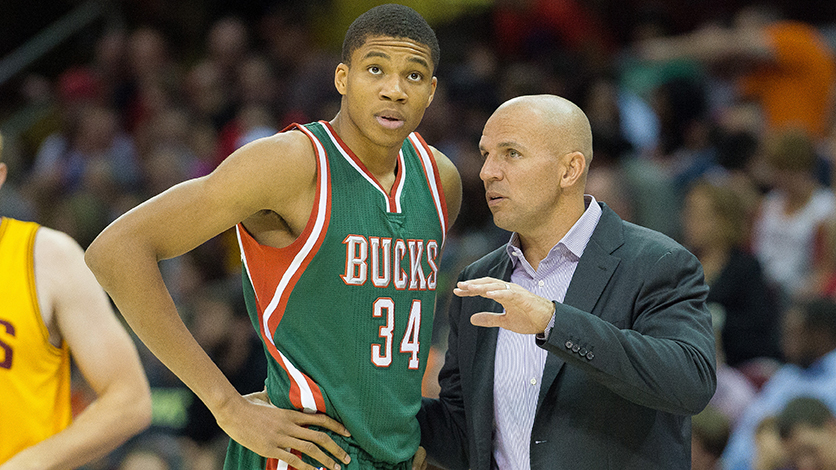 I guess you could look at Jason Kidd as a power-hungry snake in the grass who exiled his lead assistant coach to a blogspot, intentionally dropped a soda on the floor to get a timeout, tried to reenact the last 10 minutes of The Godfather on the front office of the Brooklyn Nets, and then promptly pulled up stakes and put a cheesehead on his wife faster than you can say “Discount Double Check.”

Yes I did that! #Cheesehead #Noshame #MilwaukeeLife proud to be a temp tourist and future resident! #Bucks pic.twitter.com/HjrYahxFfM

Perhaps Kidd is just the latest in a long line of American ACHIEVERS like Teddy Roosevelt, John Rockefeller, Dame Dash, and Daniel Plainview.

If you want to win the lottery, you have to buy a ticket. Kidd will do whatever it takes to win. Does he always win? No. But the “doing whatever it takes” part sure is fun to watch. It’s still only the preseason, and he’s got Nate Wolters out here faking timeouts and scoring layups. On the T-Wolves. IN MID-OCTOBER.

Since taking over in Deerland, Kidd has experimented with Giannis at Point God, tried to bring Ray Allen back to the Bucks, and talked up Jabari Parker as the new Grant Hill. It’s been a long time since the Bucks have been relevant. They’ve got a lot of pieces to get them back to that point, and they just need an evil genius to drag them over the hill. You need Jason Kidd on that wall.

"Any free agent that would be afraid to play with Kobe Bryant is probably a loser." my interview w Jeannie Buss ahead on @SportsCenter

No politics, just facts. Keep making fart jokes, Dwight. There’s nothing funny about being a loser your entire life.