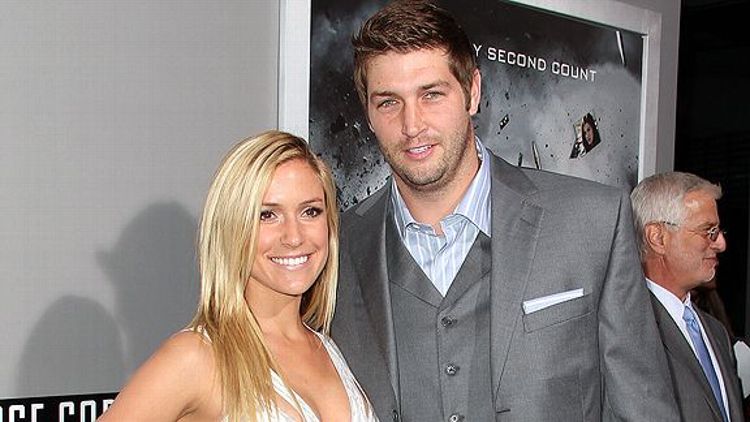 Today Is Where Your Book Begins

Here’s a quick refresher on how Chicago Bears quarterback Jay Cutler ended last season. He got knocked out of a playoff game against the Green Bay Packers with a seemingly minor knee injury. It was hard to say what was worse: the fact that he was held out of a game because of what appeared to be manageable knock or that before the injury he was playing like he got a copy of the Bears’ playbook 10 minutes before kickoff.

The Bears lost and, what’s worse, had to contend with questions about Cutler’s toughness and heart. No less an authoritative figure than Cardinals defensive lineman and citizen journalist Darnell Dockett was calling for a suspension of Cutler’s shower privileges, tweeting at the time, “If I’m on chicago team jay cutler has to wait till me and the team shower get dressed and leave before he comes in the locker room! #FACT.”

Fact: Jay Cutler couldn’t win. If he vociferously made his case, he’d look defensive. If he kept his mouth shut, he looked like he had something to hide. So what did he do? Last we saw him, he had gotten engaged to his girlfriend, ex-star of Laguna Beach and The Hills Kristin Cavallari, and was embarking on a summer of being locked out and in love. Basically, he was getting some “me time.”

Whatever vision quest Cutler went on, be it the literal sit-in-a-sweat-lodge-Jim-Morrison-kind, or, you know, a figurative one, it seems to have had a profound effect on the once and present Bears starting QB.

Cutler split with the fiancée, and apparently focused on football. He’s arrived at Bears camp with improved footwork — and it’s making an impression on his coaches and teammates.

“I was kind of stunned,” Bears offensive coordinator Mike Martz said, no doubt with new geometrically advanced, six-receiver sets dancing through his mind. “He’s done an awful lot of work on his own this offseason. I was kind of giddy, to be honest with you. Watching him drop right now is textbook, and I didn’t know how we were going to get him there. But he got there by himself.”

So apparently working on your footwork is a good way to get over a breakup (Cutler and Cavallari called off their engagement last month). File that away, just in case.

Cutler is now a lean, mean, single machine. And while news of the QB’s new-and-improved mechanics will probably warm the hearts of Bears fans, what Cutler’s teammates really need is a new leader.

With the departure of Olin Kreutz — a veteran free-agent center who was also Mr. Popularity in the locker room — there is reportedly something of a leadership vacuum that needs to be filled. According to running back Matt Forte, “Jay, he’s been the leader as a quarterback. He’s going to have to step up and not only coach up the receivers and the running backs, but talk to the offensive line, as well.”

So far, Cutler has been incredibly quiet during this training camp, letting his apparently stellar play speak for itself. But when the temperature drops in Chicago, they’re going to need their franchise quarterback to speak not only for himself, but for the entire team.

Filed Under: Today Is Where Your Book Begins

More Today Is Where Your Book Begins

See all Today Is Where Your Book Begins