Is It OK to Blame Fredi Gonzalez for Eric O’Flaherty’s and Jonny Venters’s Injuries? 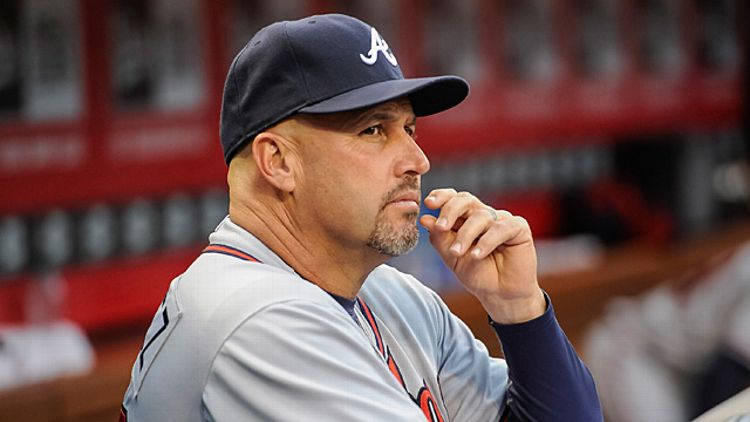 There’s an understanding among baseball fans who can read and do math that relief pitchers are pretty much interchangeable. Certainly not all relievers — some are consistently good, like Mariano Rivera, while others are consistently awful, like Josh Lindblom. But in general, one relief pitcher is going to pitch so few innings over the course of a given year that a great bullpen isn’t a foundation to build on, but rather the last piece of a championship puzzle. And even then, relief pitcher performance varies wildly from year to year. Consider the 2008 Philadelphia Phillies, who won the World Series thanks, in part, to one of the best bullpens in the game. Then consider what Brad Lidge, J.C. Romero, and Chad Durbin were doing even one year later.

One exception to this rule is the 2011-12 Atlanta Braves, whose bullpen performed wonders. The poster boys for Atlanta’s late-inning run prevention were closer Craig Kimbrel and lefties Eric O’Flaherty and Jonny Venters. In 2011, O’Flaherty, Venters, and Kimbrel were first, third, and fifth, respectively, among Braves pitchers in WAR. In 2012, Kimbrel and O’Flaherty were second and fifth. Put another way, in the past two years the Braves had three different relievers post three-win seasons. That’s ridiculous.

Since the start of the 2011 season, O’Flaherty has appeared in 161 regular-season games, 55 of them on less than a day’s worth of rest. Venters appeared in 151 games, 49 of them after having pitched the day before. And last week, we found out that both of them would be headed for Tommy John surgery — in Venters’s case, for a second time.

Braves manager Fredi Gonzalez appears to manage his bullpen under the Starship Troopers doctrine — the government doesn’t give you nuclear weapons so you can bring them home unused. And that probably has something to do with why Venters and O’Flaherty are going to spend the next year recovering from surgery instead of making major league hitters swing and miss.

So is it fair to blame O’Flaherty’s and Venters’s injuries on manager overuse?

Probably, but Gonzalez’s propensity to call for his two big lefties in key situations in the same way one might call to order one’s favorite pizza over and over and over can’t be the only factor.

First of all, as biomechanics expert Glenn Fleisig told Ben Lindbergh of Baseball Prospectus last summer, recovery after an outing is a huge factor in preventing pitcher injuries, and every pitcher responds differently. (This interview was republished last week on Deadspin, under the headline “Yu Darvish’s Arm Is Not a Gun.” Which is simply not true.)

Gonzalez, whose risible bullpen usage is the target of great mockery, is not the first manager to ride his horses until they break. I’m sure Scott Proctor would point and scream “J’accuse!” at Joe Torre if he could lift his arm anymore.

But even though pitcher injury prevention is more guesswork than science, every manager is aware that he has to strike a balance between getting his best arms to pitch more innings and not putting them out there so often that two of his top three relievers need Tommy John surgery in the same week.

Or is that really the case?

General managers will often trade away young players or sign aging players to backloaded contracts in an attempt to win now — how much future value did Royals GM punt by ditching Wil Myers and Jake Odorizzi for James Shields and Wade Davis? They do this because they know that they might not be around for the healthier long-term future the team might enjoy.

And while Gonzalez, who’s won 89 and 94 games in his two full seasons in charge of the Braves, has absolutely no reason to fear for his job, it’s important to remember that his primary incentive is to win now. The health of Venters’s and O’Flaherty’s elbows is only a concern to Gonzalez insofar as those elbows can help him win games. No one can accuse him of being purposely cavalier about the health of his pitchers. But if Gonzalez is trying to decide whether to, in the heat of a close game in a pennant race, stretch Venters to pitch a third day in a row, he’s going to weigh the immediate impact of using one of his best pitchers to win that night against the possibility of losing that same pitcher for a year at some unspecified point in the future, and he’s going to pick certainty every time.

Maybe it is fair to blame Gonzalez for his pitchers suffering injury, but if you’re going to blame him, you need to take another step back and blame (1) an incentive structure that values the certain present over the uncertain future, and (2) a medical science that isn’t yet advanced enough to allow much confidence in a specific course of action.

Until then, managers are forced to shrug and make the best guess they can with the information they have, which is always a great place to be when you’re talking about players’ long-term health.

The Bonner Effect: How Shutting Down the Spurs' Shooter Could Be the Key for the Grizzlies