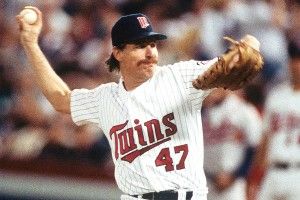 We got The Great Hall of Fame Shutout of 2013, a no-vote by the Baseball Writers Association of America that ensured induction weekend will be free of living beings for the first time in 50-plus years. Players accused (Roger Clemens, Sammy Sosa) or known to have used performance-enhancing drugs whether through failed tests or admissions (Barry Bonds, Mark McGwire, Rafael Palmeiro) predictably got much less support than their raw stats would have suggested.

Meanwhile, some more interesting and subtle stories were unfolding with several of the other players who fell short of the 75 percent vote mark needed for induction, starting with the one player who got the biggest screw job of all.

Kenny Lofton (3.2 percent of the vote): Any player who receives less than 5 percent of the vote gets kicked off the ballot. Not only did Lofton warrant more time on the ballot, but he also had a legitimate case for induction. As I wrote in a ballot breakdown, Lofton was one of the most prolific base stealers of all time, an on-base machine who played superb defense at a premium position in center field, had an early-career peak in which he produced MVP-caliber numbers, and slots in just below Duke Snider among all-time center fielders, ranking just a hair below average for center fielders already in the Hall. Like Lou Whitaker and Kevin Brown before him, Lofton’s been chucked out of the running after just getting started.

This may well be a sign of things to come, too. With Greg Maddux, Tom Glavine, Mike Mussina, Frank Thomas, and others hitting the ballot next year, Palmeiro will have a tough time sticking around after polling at just 8.8 percent this time. Sosa (12.5 percent), Don Mattingly (13.2 percent), and even McGwire (16.9 percent) could face similar challenges, unless the BBWAA wises up and expands the ballot to include more choices.

Craig Biggio (68.2 percent): Normally, a player who posts this strong a showing on the first ballot is a near lock to make the Hall the following year. Biggio faces longer odds, given the absurdly loaded Class of 2014 on the way, and it’s possible he doesn’t get in until his third or even fourth year on the ballot. But he’s a lock sooner or later, with the 3,000 hits that make traditionalist voters happy, as well as 4,505 times on base (18th all time), 668 doubles (fifth all time), and a host of other credentials that make him more than deserving when the time comes.

Tim Raines (52.2 percent): As Hardball Times writer and Hall of Fame analyst Chris Jaffe reminds us, of all the players to crack the 50 percent vote mark prior to the ones on this ballot, only Gil Hodges was unable to later make it to the Hall of Fame. We mentioned some of the all-timers hitting the ballot next year, and you can add Randy Johnson, Pedro Martinez, John Smoltz, Ken Griffey Jr., and other beasts soon to follow. But Raines’s 3.5 percentage point gain ranked notably behind only Dale Murphy’s final-ballot voter-driven Hail Mary, suggesting that Raines is building traction among voters who are passing on Bonds, Clemens, and company. Martinez will go in as a member of the Red Sox, and Vladimir Guerrero might don an Angels cap if and when Cooperstown comes calling. That means Raines might be the third and final Montreal Expo inducted into the Hall.

Jack Morris (67.7 percent): A career ERA 5 percent better than league average doesn’t make him worthy in my book, despite the wins racked up while playing on star-laden teams and the greatest Game 7 of all time thrown by a pitcher who had Lonnie Smith bail him out. Either way, next year’s his last Hall of Fame rodeo, the last time that new versus old school writer factions will clash (that is, until the next time). The Hall has long leaned closer to being too inclusive rather than not inclusive enough. If the choices are a Hall with Morris and, say, Raines, Edgar Martinez, Alan Trammell, and other deserving holdovers versus none of the above, then sure, crack open the mustache wax and let’s party.

Mike Piazza (57.8 percent): We may have to dump Piazza’s going title of best offensive catcher of all time, lest we forget the great Josh Gibson. But between the 62nd-round pick’s career .308/.377/.545 line and the overall defense that’s not nearly as bad as many (myself included) have claimed once you factor in skills beyond throwing, it’s just a matter of when for Piazza, not if. Given some of the non-evidence presented against his Hall case, Piazza’s first-time vote total might’ve ranked as Wednesday’s most pleasant surprise.

Jeff Bagwell (59.6 percent): Right there with Raines in bagging a 3.6-point advance over last year’s results, Bagwell was yet another candidate viewed by some anti-Bonds/Clemens/Sosa/McGwire voters as a viable Plan B. This one still might take a little time, given the choked ballots on the way, and far too many voters passing on Bagwell while citing PED suspicions that have no basis in hard facts.

Curt Schilling (38.8 percent): The biggest head-scratcher of them all. You want a prolific winner and workhorse with a monster postseason track record and a pitcher who actually excelled at preventing runs? That’s Schilling, who did everything Morris purported to do in his career, only a lot better. He ranks 26th all-time in pitching Wins Above Replacement, with the best strikeout-to-walk ratio of any starter in the modern era. Let’s hope that Morris bagging nearly twice as many votes as Schilling was a function of silly first-ballot bias, and not a sign that the electorate has collectively lost its damn mind. Throw out the silly obsession with round numbers like 300 wins. Schilling is a surefire Hall of Famer on merit. Where he ends up after this next supercluster of eligible pitchers cycles onto the ballot will bear watching.