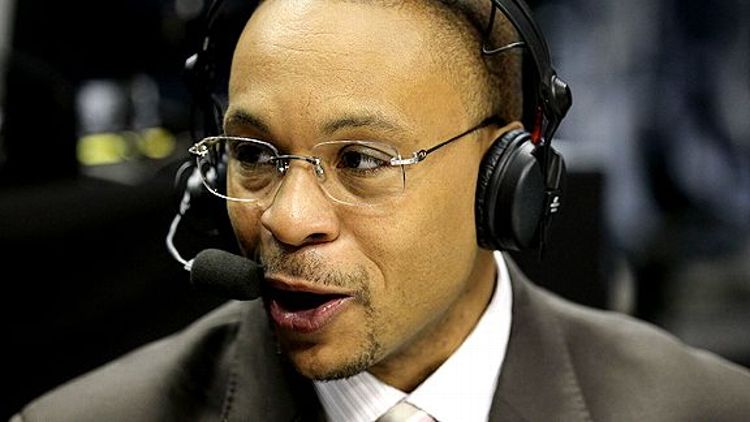 “Shucks, I don’t even know, man!” Gus Johnson cackled, as he struggled to describe his recent move from CBS to FOX. “It just feels good.”

It was a sultry Thursday afternoon (“like 104 degrees in the shade,” he said.) and Johnson was watching Oklahoma practice before the Sooners’ season opener. The matchup between Tulsa and the nation’s top-ranked team is FX’s Game of the Week. This year, at least, that means Johnson is in the booth. The play-by-play darling once ascended through the announcing ranks by calling the college careers of Peyton Manning and Donovan McNabb — not to mention the CFL, boxing, track and field, bobsled, luge, and, among many others, the Hambletonian Stakes — but he hasn’t worked every Saturday since he achieved cult status for his high-pitched hysterics in March.

You Ever See a Bumper Sticker on a Maybach?

Not long ago, Johnson realized just how much has changed. He was chatting with Bob Stoops this week in the Oklahoma coach’s office. (They’ve known each other since Stoops was Steve Spurrier’s defensive coordinator at Florida.) Just as Johnson was leaving, Stoops approached his old pal with a warning. Johnson’s presence, it seemed, made his players nervous.

“We may need to kidnap you,” Stoops told him. “Every time you’re calling a game, someone like us is getting upset.”

This wasn’t so ominous for the staff that will line up opposite Stoops on the sideline. “There’s something called LawOfGus.com — supposedly they’ve got all the games I’ve called and how the underdogs did — and the Tulsa coaches told me they were putting that in the scouting report,” Johnson said.*

So, things are different. When Johnson worked NFL games for CBS — his duties with FOX include Sundays later this fall — preparation meetings prevented him from watching too much college football. He’s been catching up by absorbing as much information as possible. “Football is football whether it’s the NFL, college, little league, or pee-wee,” he said. “Same thing!” The trickiest part of the transition, so far, has been recognizing the guys who are not yet household names. It helps that Johnson considers himself an aural learner. And he spent the last two weeks in August visiting 12 college campuses, including Stanford’s, where he came away so impressed with Andrew Luck that he now likes the Cardinal as a national-title dark horse. “That guy is a sweet-looking player,” Johnson said. “He looks like he was carved out of a mountain! That’s a bad dude, man. Bad, bad dude.”

And what about hoops? “I’m still calling basketball — Hey, what’s up, baby? What’s happening? All right? OK! — I’m gonna miss basketball, but I’m not going away,” said Johnson, interrupting himself. His job with the Big Ten Network gives him about 35 games this winter, even if the NCAA Tournament, apparently, will proceed without him. Until then, he’s scrambling for a new catchphrase. Cold-blooded might work. So could heartbreak city. But then, rise and fire! doesn’t quite have a gridiron equivalent.

“I’m looking for one! Football is very technical — not as free-flowing and nickname-appropriate as basketball,” Johnson said. “I’m sure we’ll come up with something.”

*(Eds note: Yes we know Gus Johnson appears to be a little confused about LawOfGus.com. We’re OK with that.)

(Additional Eds note: This is our last post for the week. Enjoy your Labor Day weekend! We’ll be back Tuesday.)