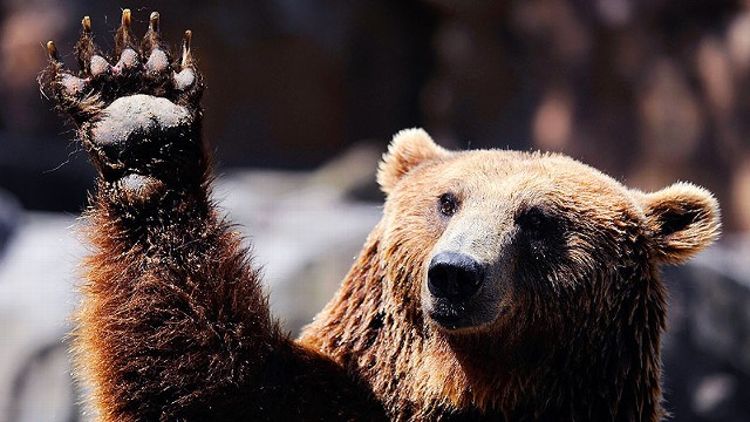 You know you’re deep into the football-free doldrums of summer when a business chat centers largely around the bear that has set up residence in a tree outside the office. Here follows our discussion with Matt Repchak, Florida Citrus Sports’s director of digital media. FCSports operates the Capital One and Russell Athletic Bowls, boasts the three finest Twitter feeds in the college football postseason, and had a bear encroaching on its territory this week.

Grantland: When did your office first become aware of this bear situation?

Matt Repchak: We had an NCAA youth football camp at the Citrus Bowl on Saturday, went home for the weekend and came back Monday to find that we had apparently just missed him.

Grantland: So he has since moved on? Unless you’re onto something about the invisibility cloak?

Repchak: Well, we’re not getting regular updates. There was a bear, and people alerted the authorities, and the authorities were like, “Oh yeah, we know.” And then everyone kind of let it be? So he could be out there or he could be in Tampa. The last time a bear showed up in Orlando he eventually made it to Tampa.

Grantland: Like George O’Leary to the Beef ‘O’ Brady’s Bowl. What an inspiration. So how close to the Citrus Bowl complex/offices was this bear hanging out? Has this happened before? Did anybody at the office see it?

Repchak: We’re in an office building that is right next to the stadium. It was about two blocks away. No one has put eyes on it yet, hence the Invisibility Cloak theory.

Grantland: I’m going to quote WKMG-6 now: “Residents in the area said this is an unusual place for a bear to show up since the neighborhood is so close to the Citrus Bowl.” What does Local 6 think it knows about bears and bears’ taste in sports?

Repchak: You know, the biggest problem we have as event organizers is that a lot of bears want to just hang around the tailgating lots and never buy a ticket to come see the game.

Repchak: How do you keep bears from just staying in their trees on game day? Is it Wi-Fi? Is it lower ticket prices? These are things we need to address in the next bowl cycle. Also, now we have to budget for trampolines and “Danger: Falling Bear” signs.

Grantland: Which FCSports game do you think a bear would prefer to attend? Probably the CapOne, because Big Ten, right?

Repchak: Totally. Wisconsin actually won the 2006 game with a kodiak at left tackle. We never hosted Bear Bryant, but the last time Alabama was here, in 1995, a dog ran on the field and interrupted the game, so imagine what would happen if the Tide came back and an actual bear interrupted the game.

Grantland: It’s comforting in a way to realize that four-legged creatures crave the nearness of football in the summer months, just like we do. What all do you and the crackerjack FCSports team get up to this time of year?

Repchak: This season is busier than usual. We’re working with the City of Orlando to prepare for the renovation of the stadium between the 2013 and 2014 seasons, which will hopefully allow us to attract bears with deeper pockets while still giving a top-of-the-line experience to your everyday tree-bear. Plus we’re (hopefully) winding down on discussions to secure our conference partnerships over the next bowl cycle. In between, we’re competing in a local social-media contest and preparing to put on a free summer camp for local kids that is funded with our bowl proceeds.

Grantland: Is this camp open to bear cubs?

Repchak: Only if they are residents of Orange County.

Follow the antics of Florida Citrus Sports at @FCSports, @CapitalOne Bowl, and @RussellAthBowl on Twitter, where they will occasionally fight with the Alamo Bowl.