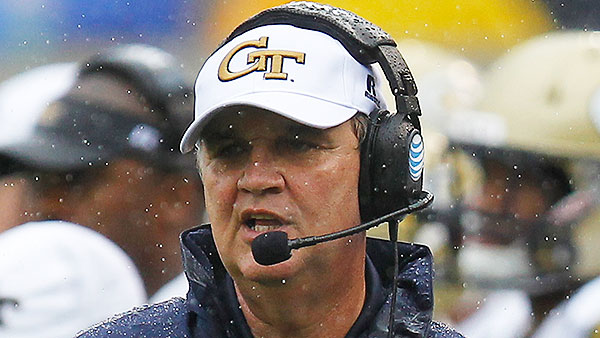 As college football ventures further into the mathy realm of advanced stats, we have a couple requests for measurable metrics we’d like to see developed:

• Cussedness. The poor holler cousin of what the pundit class smoothly refers to as “want-to,” or “heart,” or “guts.” When a team with half your alma mater’s recruiting budget and a third of the facilities whips your ass in a multiscore upset, and you can find no tangible reason for the loss other than every player in an enemy jersey being downright meaner than your guys? That’s cussedness.

• Chaos engine horsepower. Measuring a given team’s propensity for pulling off marginally impossible events, good or bad. This is probably closest within our reach to being a computable thing — a deviation of deviations, a team that drops the most statistically improbable events in combination, working for or against its own fortunes. File this concept away; we’ll be visiting it in greater detail as the 2014 season draws closer, but for now we need to focus in on one of its facets:

• Snakebittitude. How can we quantify a team having the most pitiful luck? Iowa’s generation of lost running backs? The year Maryland sidelined, by conservative estimates, a couple dozen quarterbacks in the span of a three-month football season? Or Georgia Tech, anticipating an armada of incoming recruits, deciding to hold its spring game on a Friday night, in prime time, only to have that Friday night land squarely in an unseasonable cold snap and see the recruits nearly outnumber friends, fans, and relatives willing to sit in 40-degree driving rain to watch fake football?

We do not believe this bodes ill for Tech’s forthcoming season. There’s no counterspell against that kind of deliberate fate-switching. Sometimes it’s just your turn to be on the receiving end of somebody’s argument that a sovereign deity is dead set against your football program, and one day, we’ll be able to prove that with science.

(While we’re on science: At press time, there has been no public comment from Syracuse head coach and noted metallurgy enthusiast Scott Shafer, whose team plays football in a dome, on how this might affect the positioning of the nose of Atlanta on the Brinell scale.)