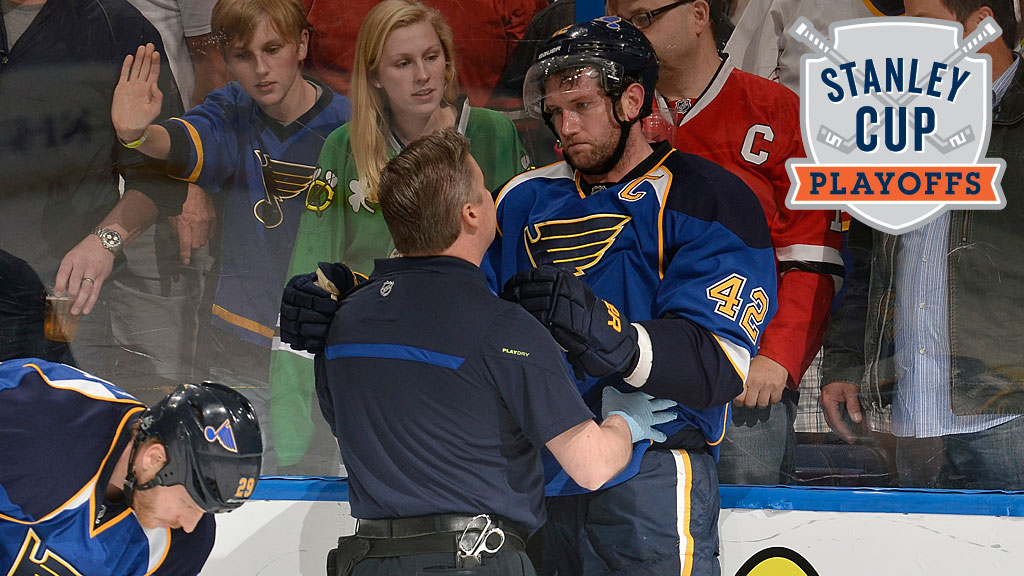 If you were watching the NHL playoffs this weekend, I’m sure you saw Chicago Blackhawks defenseman Brent Seabrook straight-up level St. Louis Blues center David Backes with a hit that could generously be described as “unfortunate.” If you haven’t, no worries, that’s what the Internet is for:

So, yeah, the usual “hockey is hockey”/“Blues have Steve Ott” caveats apply, but the optics here are not great. I mean, here is David Backes, struggling to stand:

And here is Brent Seabrook, apparently LOLing about how he might have caused a head injury, because how hilarious is that: 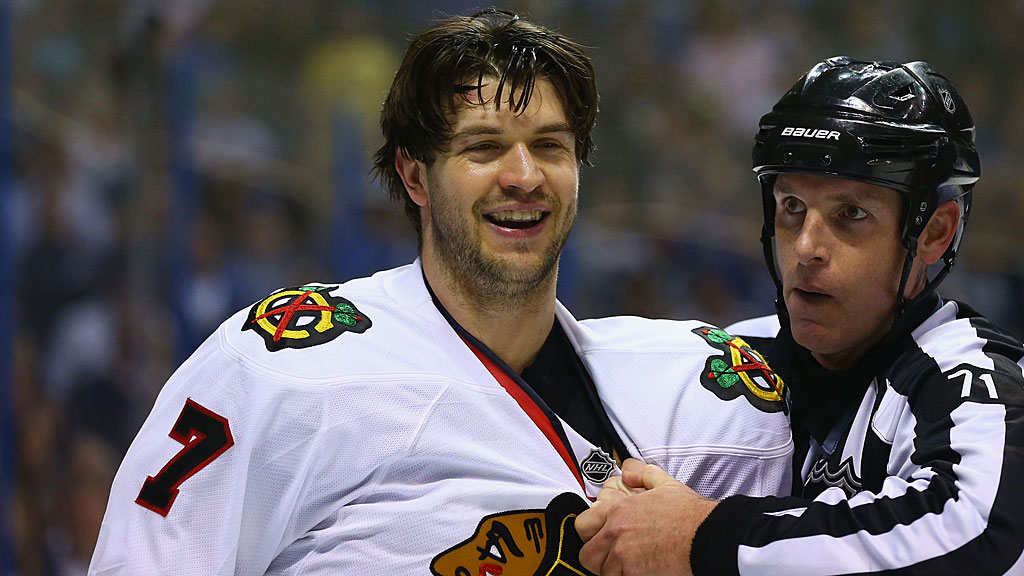 Did you have something to add, Blackhawks player who is most likely Seabrook’s defensive partner, Duncan Keith (but I don’t want to make assumptions and it’s kinda unclear?):

Cool thought. “Wakey Wakey, Backes” is such a clever thing to say at this exact moment. I didn’t even bother thinking about whatever Chicago captain Jonathan Toews was shouting to a fellow human being who clearly could not stay upright. I’m just guessing, but based on Alexander Steen’s reaction to the whole scene, it was probably not “Can I help you to the bench?”

Anyway. The Blues got the best type of revenge when they tied it with 6.4 seconds left in regulation, then beat Chicago in OT (again!). Not exactly a super night for the defending Stanley Cup champs, all things considered.

It was Brent Seabrook’s 29th birthday on Sunday. For his special day, the Department of Player Safety got him a three-game suspension. Blues coach Ken Hitchcock on Monday confirmed that Backes, who made the trip to Chicago, would miss Game 3. “What would Chicago be like losing Toews?” he said, according to Mark Lazerus. “For us, Backes is Toews.”

Losing Backes is terrible for the Blues, but man, this is also a disappointing turn of events for the Hawks, who are generally a delight to see on the ice. I loved the Blackhawks circa 2013, when they were crushing life and dancing on the ice. And I loved the Blackhawks pre-Backes hit, when they were embracing both playoff mullets and performance art. St. Louis–Chicago has been a brilliant first-round series, and to have it marred by both classic dirtbag behavior and potentially devastating injury is a real bummer.

St. Louis leads the series 2-0 going into tonight’s matchup at the United Center. And after that hit, it’s pretty hard not to go all-in on the Blues now, right? Come on, guys. Amanda Kessel knows what’s up. Feel better, David Backes. Adorable animals across the Midwest are pulling for you.