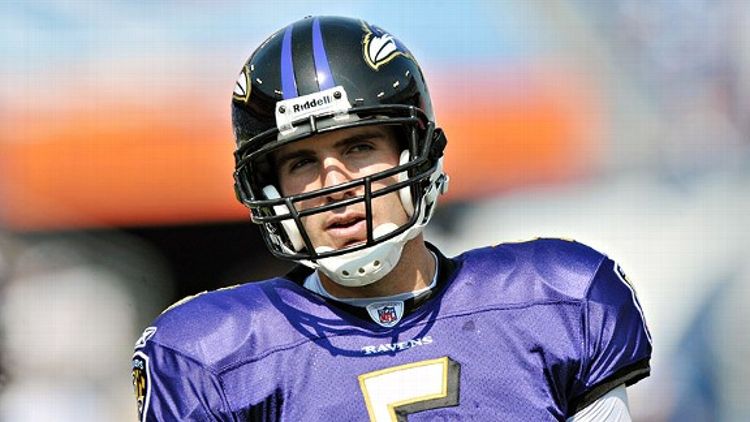 It turns out Matthew Berry has taken Week 8 off. He’ll return for Week 9, but clearly this would put him at a disadvantage in the scoring table. That being said, the solution is obvious and elegant: This is Berry’s bye week. In his absence, point totals will range from 4 to 1 in each category. And to balance the scoring, each expert will have his own bye week, in this order:

For Week 9, sit the Wilson brand as your starting NFL game ball. The league has been riding Wilson for months on end, and my gut tells me Spalding is due for a big week.

The child of a monk and nun exposed to death,
To die through a she-bear, and carried off by a boar,
The army will be camped by Foix and Pamiers,
Against Toulouse Carcassonne the harbinger to form.

This might not make sense at first glance, until you realize that Eisenberg’s nickname in high school was “The Harbinger.” Eerie. (Weirdly enough, Berry’s nickname was “She-Bear.”)

This Week: The Italian Job

Mike Harmon and I are just trying to enjoy a simple European vacation when we find ourselves in the midst of an international terrorist incident. Without warning, while we’re hanging out at the Sistine Chapel trying to dig the whole painting scene, a group of masked men storm the nave and order us to the ground. Turns out, this is an extremist group called L’Ardenza Della Plata (“The Silver Faith”), and their goal is to rid the world of American football. At first we think we’re just random targets, but then it turns out the terrorists are there for us! They plan to systematically root out all NFL enthusiasts. Thinking quickly, Harmon and I challenge them to a game of football. They assume we mean soccer and immediately agree. The catch is, the loser will have to give up their cause forever. As the arrogant Italian terrorists prepare for the kickoff, I notice that they’ve all dropped their guns. The game begins, and it quickly devolves into an argument about rules after Harmon catches a pass with his hands and tries to run for the goal. While they’re arguing, I quietly slip out of the chapel to the freedom of the city streets. I think about alerting the Carabinieri, but it’s getting pretty late and I’m super tired.

After another nailbiter week, Eric Mack does the unthinkable and wins his fourth straight week. Everything this man touches turns to gold; every step he takes is a new world record.

As the top half of the board breaks the 100-point barrier, it’s Eric Mack extending his lead, little by little, as he marches toward the no. 1 seed for the playoffs.

*Have yet to sit out their one bye week.

See you in Week 9, when we’ll have a new weekly winner as Eric Mack is forced to watch from the sidelines on a bye.

Previously By Shane Ryan:
About Last Night: If The Glove Fits …
About Last Night: Cry Me a Rivers
Video: The 2011 MLB Season In Review
Gordon’s Left Foot: Stanford Survives
The Silver Paradox, or Why Rangers Fans Should Take Heart