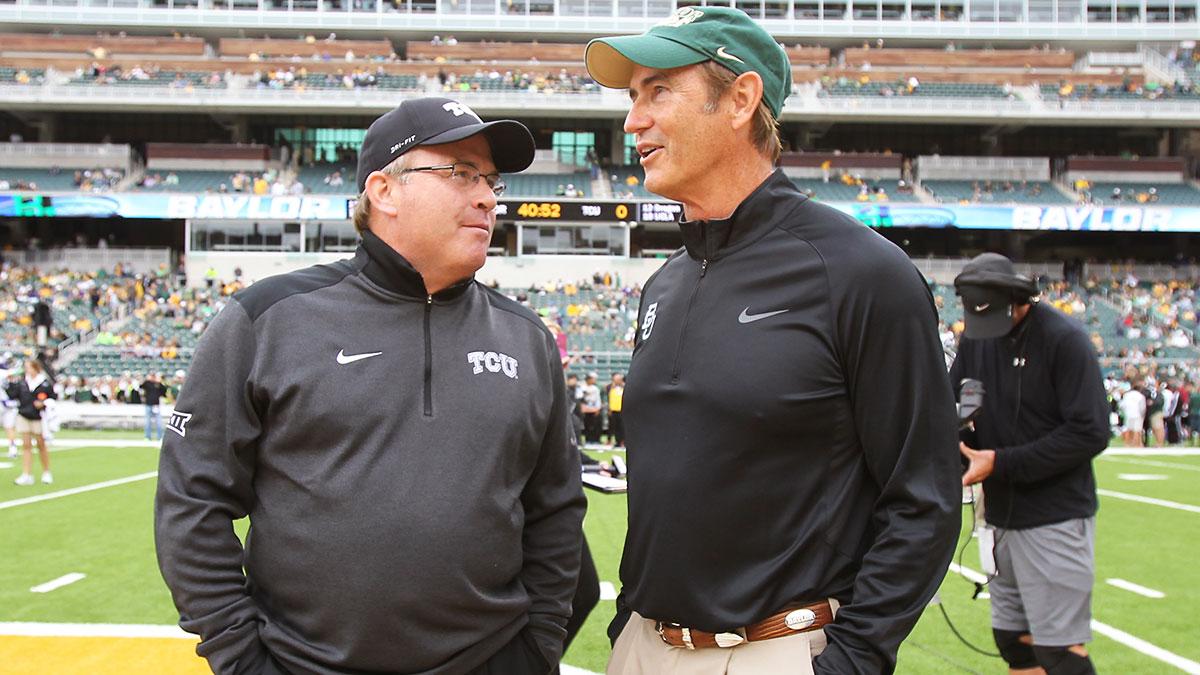 Celestial Recalibration of the Week: ALL MISS, BY DAMN

We haven’t seen Mississippi State play in person yet this season, but we saw Ole Miss in its season opener against Boise State. That Rebels team looked like a poorly assembled carnival ride: scary, but not always for the right reasons. But that same team is evolving in one hell of a hurry, posting back-to-back wins over Alabama and Texas A&M. Less than two hours away, the Bulldogs have completed a none-to-one jump in record time, dispatching three top-10 opponents in consecutive games to move to the top of the polls. In massive, obvious Week 7 letdown spots, both Mississippi squads proved impervious to bubbles and body blows, and the stakes only get bigger from here. (Also recalibrating: the value, in 2014 currency, of a win over Alabama. Whose state is backward, exactly?)

The exasperated hashtag #collegekickers has no place in Morgantown, where the Mountaineers have attempted more field goals than any FBS team this season, but that’s not what drew our attention to Lambert. It was this quip, issued after he kicked the game winner against Maryland:

What did Holgorsen say to Lambert before game-winning kick? "I haven't talked to Josh Lambert since he got on campus."

That made Saturday’s follow-up, after Lambert clinched WVU’s victory over Texas Tech in Lubbock, that much more poignant:

pic.twitter.com/JJka3LpLq2 He finally talked to me!!!! Lol #Winning

Will you look at that cherub.

Baylor quarterback Bryce Petty told Grantland at the start of the season that he remembers the exact day when he realized Baylor Football was on the brink of becoming ¡¡BAYLOR FOOTBALL!!: during the Bears’ 50-48 game against TCU in 2011. This rivalry dates back to 1899, and while we weren’t around for the vast majority of those meetings, we feel safe in saying that the viewing public currently alive and watching has been treated to the very best the series has offered. That’s a credit to these two coaches and their program-building prowess. Long may they reign.

Graven Idol of the Week: Something inexplicably not called the HaWYii Trophy

There’s an air of romance and mystery surrounding religious relics nobody can locate, and Saturday’s Auburn–Mississippi State tilt was high on iconography: The counter-cowbells were a canny touch, and the sight of Rhett Lashlee pinwheeling to the sodden turf while calling a timeout belongs on a gilded plaque in a candlelit alcove in some very fancy church somewhere. But what we really want to take away — physically carry away — from this game is the football that escaped the Bulldogs’ grasp in the waning minutes of the first half. Credit for forcing it should be ascribed in very large part to the Old Testament weather that blew the game this way and that, and if you didn’t experience it live, go catch a rebroadcast and you’ll see that maybe the rest of the blame lies with the ball itself. It wants to be free. We’ve never seen a football escape a player’s grasp with such palpable joy.

But who knows where and how to track down that exact ball? It might have floated away to a peaceful existence down on the Gulf Coast somewhere, for all we know. A graven idol we can actually locate: The Paniolo Trophy, which celebrates Wyoming and Hawaii’s shared history of ranching, and which will be residing in Laramie for the year after the Warriors’ (the football team) defeat of the Cowboys (also the football team).

You tried. That is absolutely all that can be said.

On about our fifth or sixth viewing of this clip of Jim Mora and UCLA defensive coordinator Jeff Ulbrich, human feelings began to seep in.

These are human beings, and the very most stressful moments of their professional careers take place on national television, and while that’s the job and they did sign on for it with full knowledge of what that entails, Ulbrich’s body language here suggests a man who is living in broad daylight the nightmare where all your teeth fall out. And if it were our job to stop Oregon’s offense, we can’t say we wouldn’t react in a similar fashion; see if you wouldn’t.

Instead, we’ll place one Grape Job! sticker in the precise center of the foreheads of the Vanderbilt Commodores, who joined the proud ranks of Week 7 teams who took down undefeated opponents. That team was the Charleston Southern Buccaneers. Quite the naval battle there was, in the noted seaport of Nashville.

Michigan football is at the point when a conference win is notable in and of itself, a grim state of affairs even for a people who pride themselves on stiff upper lips. But no program is without its rays of sunshine,1 and here’s one breaking through the dingy cloud cover in Ann Arbor: junior receiver and return specialist Dennis Norfleet, and this pre-kick dance routine.

Norfleet eluded capture on kick returns for a total of 52 yards during the Wolverines’ victory over the Nittany Lions, and captured an untold number of hearts.