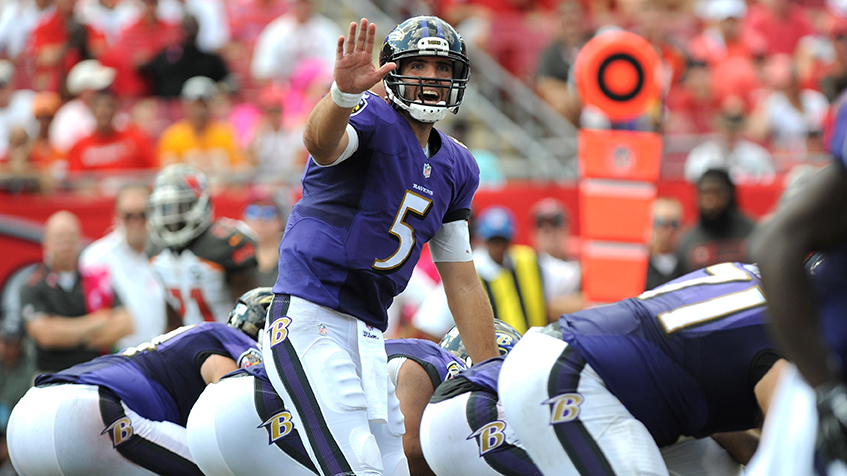 This Lions performance had a lot in common with the last time Detroit played without Calvin Johnson. It was early October and Detroit was facing a division rival away from home. Offensively, the results against Minnesota yesterday were a lot like those against the Packers a year ago. The Lions offense was — at best — passable, with Matthew Stafford struggling to stay afloat.

The difference this year is that, even with Johnson, the Lions offense isn’t winning them games. Their defense is. Through five weeks, Detroit had a claim to the best defense in football. After laying waste to Teddy Bridgewater’s team yesterday, that claim only has more weight.

The Lions sacked Bridgewater eight times and picked him off three times. Ndamukong Suh has been the defense’s standout player this year, but yesterday, it was a little bit of everyone. Ezekiel Ansah had his way with Matt Kalil and Nick Fairley owned the interior of the Vikings offensive line. Detroit is built from the defensive line back, but it’s getting contributions from everywhere else. Free safety Glover Quin is playing well, and 2013 second-round pick Darius Slay might be the young cornerback Detroit has not been able to find recently. It may be a couple of more weeks before we see Johnson again, but for the first time, that may be something the Lions can survive.

There are games when it seems like a team is scoring every play, and then there’s what Joe Flacco did to the Bucs. Since the merger, no quarterback has thrown five touchdown passes more quickly, and it’s not very close.

Baltimore’s offense has quietly had one of the more impressive turnarounds of any unit in the league. By the end of last season, the Ravens had maybe the worst offense in football, with a running game that was actually sub-Jaguars. This year, they’re playing like one of the best 10 units in the NFL.

Grabbing center Jeremy Zuttah via trade for a fifth-round pick and getting guard Kelechi Osemele healthy has helped turn the Ravens line from its biggest problem to the core of the offense. If the Baltimore staff ever decides to stop giving Bernard Pierce the ball, this could be a team that runs better than almost anyone. In the passing game, the Steve Smith revival has helped, but Flacco has been putting together the best season of his career. After yesterday’s stat-padding effort, he’s on pace for a personal-best 4,256 yards and 32 touchdowns. This has turned into an offense worth worrying about, and with the way the Ravens are still playing on defense, that could make them a real problem.

Here’s a fun stat: Brian Hoyer’s average completion against the Steelers went for 27.1 yards — 27.1! The Browns had only one pass go for fewer than 10. Only 11 other quarterbacks since 1960 have averaged more yards per attempt in a game than Hoyer (12.76) while completing less than half their passes.

This Browns team is fun, and it starts with what they’re doing on offense. Hoyer has been consistently good with a gimpy Jordan Cameron and without Josh Gordon. Cameron looked healthy yesterday, and it’s time to start counting down the weeks before Gordon returns. Cleveland didn’t run the ball quite as well as it has in the past few weeks, but it still managed 4.2 yards per carry en route to 31 points.

Their success on offense makes the injury news about Alex Mack even more depressing. Cleveland’s offensive line was playing as well as anyone’s, and Mack was literally the central part of that group. The Browns will be without one of the best centers in the league for the rest of this season. But even without him, this is a group that should keep the Browns hanging around in every game.

Philadelphia’s front came into the season as an intriguing group with a ton of talent. Last night, they put together their best game, shutting out the Giants. Right tackle Justin Pugh — who’d actually been playing pretty well — called it “the worst game I’ve ever played, hands down, not even close,” and Connor Barwin was the reason for his misery. Barwin had three of the Eagles’ eight sacks, two more tackles for loss, two hits on Eli Manning, and a forced fumble. Vinny Curry, Brandon Graham, and Trent Cole got their own shots in, and Philly’s stable of interior linemen were a real pain to deal with against the run. This is a deep group that’s still young, for the most part, and they have a chance to buoy an Eagles defense that has some holes elsewhere.

If I’d have told you in August that the winner of the Cowboys-Seahawks game would have the best record in the league, and a receiver on the losing team would go on an F-bomb-laced tirade after the game, I’m guessing you would have predicted something different from what happened yesterday.

The Cowboys are 5-1 thanks to a running back who has done a ton of damage on an unsafe amount of carries, a great offensive line, and a defense that has no business playing as well as it has. It’s hard to overstate just how good Rolando McClain was yesterday, including his game-sealing, Brian Urlacher–esque interception. If there’s any way they can amend the rules to give a Coach of the Year award to two coordinators combined, Rod Marinelli and Scott Linehan deserve it through six weeks.

For the most part, Atlanta’s offense has rolled through the early part of its schedule. But one concern has been lingering, a problem that seemed like it would inevitably flare up: the Falcons offensive line. With Sam Baker and Lamar Holmes out for the season, Atlanta was left with rookie Jake Matthews and former Bears washout Gabe Carimi to protect Matt Ryan, and yesterday, Chicago took advantage.

Willie Young beat Carimi for two sacks, and Jared Allen got one of his own against Matthews, drawing two holding calls for good measure. Chicago’s defense had its best game of the season, holding the host Falcons to only 13 points. The key to the Bears’ performance, and taking away the threat of Roddy White and Julio Jones, was to consistently get after Ryan.

In the annals of pass interference history, most of the blatant calls are the result of necessity. A flailing cornerback does his best to stop a touchdown with a shameless tackle. What made Duke Williams’s entry so great isn’t just how flagrant it was, but also how unnecessary. Williams was running step for step with Julian Edelman in the end zone when he decided to go with the tried-and-true two-hand shove in the back. The penalty gave the Patriots a free 29 yards, and Tim Wright went on to score an easy 1-yard touchdown. It might not have mattered, considering how well the Patriots were moving the ball, but that’s just the type of afternoon Buffalo had yesterday.

Anyone Wanting Defense in a Bengals-Panthers Game

For the second straight week, a Bengals defense that had looked like one of the best in the league through its first three games ran into an offense that had a great plan for how to gash Cincy. Cam Newton carried the ball 17 times yesterday, averaging 6.3 yards per carry. Without their best three running backs, and against a team that got torn up by the Patriots on the ground, it was probably Carolina’s best option. It was also encouraging to see the Panthers willing to give Newton that type of workload after essentially ignoring designed runs for the first five weeks. That’s a sign Newton is getting further away from the physical limitations that were hampering him early in the season.

Unfortunately for the Panthers, their bad defense seems here to stay. Cincinnati racked up 513 yards, and a Carolina defense that ranked 27th in DVOA coming into this game is likely to fall even further. The Panthers sacked Andy Dalton once on 45 dropbacks yesterday, and a nonexistent pass rush means it’s only a matter of time before a secondary full of stopgap players gets torn apart.

More than other players, it feels like Victor Cruz’s career has had a national audience. The first time we ever saw him, he was catching three touchdowns as a no-name, undrafted receiver in a preseason game against the Jets on ESPN. The Jets were on Hard Knocks that season, so shortly after Cruz lit up the preseason’s opening week, we got to relive it, complete with Rex Ryan’s commentary.

From there, Cruz became one of the league’s most exciting players on one of its marquee franchises. Every season seemed to come with a few impossibly long touchdowns, and those touchdowns were followed with a celebration all his own. Cruz was a singular personality with a great story. He was fun. I rooted for him without a reason to.

When Cruz clutched his right knee after going down in the end zone last night, it was clear right away that something was very wrong. The screaming and the tears came, but more than pain, he looked afraid. The image of Cruz with his face buried in his hands was that of someone who knows the road back is going to be long. In that moment, I imagine you’re not only thinking about the road back, but all that led up to that point in the first place. All of those moments. With Cruz, we’ve seen so many of them. I’d like to say my stomach would have knotted for anyone like it knotted as I watched his chest heave, but I can’t.