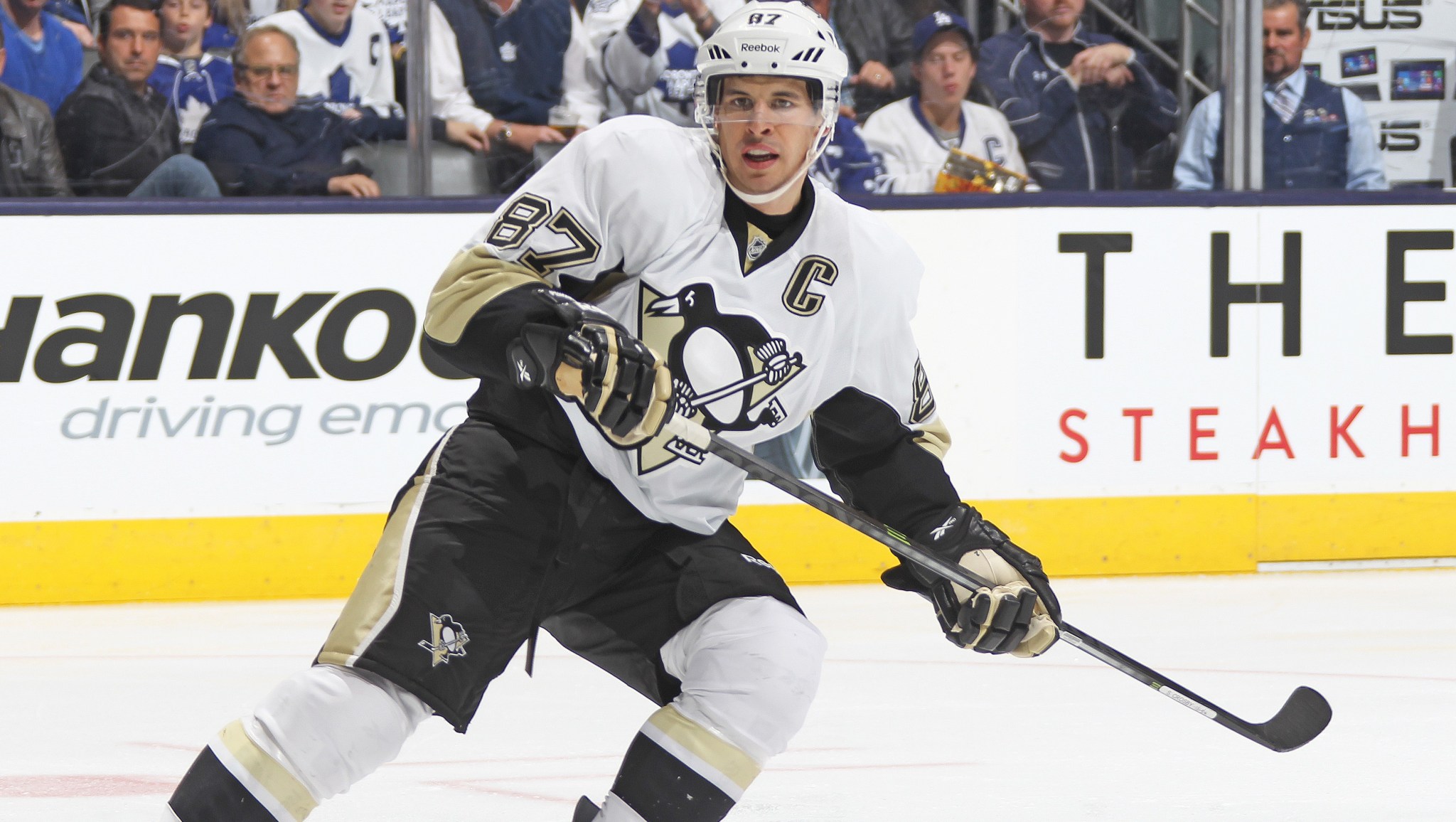 Theme of the Week: Not Overreacting

There are always lessons to be learned from a season’s first few nights; it just takes a while to figure out which ones. This time last year, we were all buzzing about the upstart Avalanche stomping the contending Ducks in a season-opening 6-1 blowout. It turned out that Colorado was for real — but so was Anaheim, which shrugged off the loss on the way to a 116-point season.

This year has offered up a few more surprises. But it’s been less than a week; most teams have played just two games, with a handful sitting at three. Every team will have good or bad three-game stretches a dozen times a year, and they tell us virtually nothing, just like much of this week’s action. We probably don’t know much yet. Don’t overreact to anything you’ve seen so far.

But that’s easier said than done, because the early days of a season magnify every flaw — and every strength. And so far, not many teams have looked stronger than the Pittsburgh Penguins.

They won an exciting 6-4 shootout against a very good Ducks team on Thursday, then toyed with a not-so-good Maple Leafs team en route to a 5-2 win on Saturday night. In both games, the Penguins looked unstoppable early on, jumping out to a 3-0 first-period lead. The Ducks were good enough to claw back and make a game of it, forcing the Penguins to hit the gas pedal again. The Maple Leafs, not so much.

Through two games, Pittsburgh’s stars have looked dominant. Sidney Crosby has six points, Evgeni Malkin has four, and new acquisition Patric Hornqvist has scored twice. Sophomore defenseman Olli Maatta had three assists in the opener. If there’s a downside, it’s that Marc-Andre Fleury has been merely OK, but that’s all he has needed to be.

New coach Mike Johnston has emphasized possession, moving away from a dump-and-chase strategy. He wants the team’s best players to keep the puck on their sticks, and for the first two games, that’s exactly what’s happened. The Penguins toyed with the Maple Leafs on Saturday night, to the point where Toronto fans booed the team off the ice, even tossing a jersey in protest.1

Afterward, in the hallway outside the Penguins’ dressing room, Johnston offered up praise for his high-powered offense. “You saw in the preseason, we had trouble scoring goals. I thought we were generating chances, we just weren’t converting,” he said. “But the last two games, we seem to be able to get out to a good start. The biggest thing for me tonight was how we finished. I thought the second period and into the third we were managing the puck a lot better than we did against Anaheim, and that’s where we really have to build.”

While it’s hard to watch Pittsburgh’s first two games without getting excited about this team’s chances, jaded Penguins fans may be able to manage it. This has been an excellent regular-season team for years, but it has become a franchise that is only ever judged based on what it does in the playoffs. Even in the aftermath of Saturday’s cakewalk in Toronto, talk in the Penguins locker room eventually turned to last year’s playoff disappointment. You get the sense that this team could go 82-0-0 and lose in the conference finals, and the season would be deemed a failure.

But for now, it’s hard not to be impressed. The Penguins are off until Thursday, when they’ll start a three-game homestand with a game against the Stars.

Boston Bruins (1-2-0, -4 goals differential): We’ll take our own advice about the dangers of overreacting and give the reigning Presidents’ Trophy winners some early-season respect by keeping them in the top five despite two early losses, including Saturday’s 4-0 decision on home ice to a surprisingly sharp-looking Capitals team.

Los Angeles Kings (1-1-1, -2): Likewise the defending Stanley Cup champs, despite getting smoked by the Sharks in an early showdown.

Chicago Blackhawks (2-0-0, +5): They needed a shootout to beat the Stars, and they don’t get much credit for smoking the Sabres, but two wins in two games is enough to keep the consensus favorites high on this week’s list.

San Jose Sharks (2-0-0, +7): Shutting out the Jets on Saturday may not impress many, but doing the same to the Kings on Wednesday — at L.A.’s banner-raising game, no less — was enough to push the Sharks into the top spot.

We’re obviously still weighing preseason expectations fairly heavily here, which is why a few teams with strong starts were left off the list. Half the Metro Division has started off 2-0-0, with the Penguins being joined by the Devils, Islanders, and Blue Jackets. Of those, the Devils have been the most interesting, scoring 11 goals in two games to tie the Penguins for the league lead. That’s impressive even if it hasn’t come against especially tough competition (the Flyers and Panthers, both of whom are winless), and it will be interesting to see what they can do against the Lightning tomorrow night.

The 2-0-0 Wild haven’t allowed a goal yet and make a strong case for a spot on the list, but let’s wait and see what they do against a team that isn’t the Avalanche. Still, it’s nice to see a team that suffered through inconsistent goaltending last year get back-to-back shutouts from 24-year-old Darcy Kuemper.

The toughest team to leave out was the Canadiens, who moved to 3-0-0 with Saturday’s 4-3 win over the Flyers. They’ve also beaten the Leafs and Capitals, so we haven’t seen them up against a playoff team yet, and all three wins have been by a single goal. But still, wins are wins, and the Habs are the only team in the league with three of them, not to mention the only Atlantic team with more than one. Things get tougher this week with a pair of playoff rematches, with games against the Lightning tonight and the Bruins on Wednesday.

Edmonton Oilers (0-1-1, -4): The Oilers had a chance at a decent start, opening against a pair of non-playoff teams. They showed some positive signs during losses to the Flames and Canucks, but would have liked to have come away with more than a single point. After tomorrow’s game in L.A., the schedule stays relatively easy for October, which could make this a make-or-break month.

Florida Panthers (0-1-1, -5): The Panthers looked awful on Saturday, dropping a 5-1 decision at home to the Devils. That’s not good, but there’s a chance that New Jersey may be better than we think.

Carolina Hurricanes (0-2-0, -3): They’ve been as bad as expected, dropping a pair to the Islanders, and now franchise player Eric Staal is hurt. His status isn’t known, but even if the injury is minor, there’s no indication that the Hurricanes can scare anyone.

Buffalo Sabres (0-2-0, -6): They went into the season as heavy favorites to finish dead last, and they’ve looked the part so far.

We’re heavily weighting preseason expectations here, too, so winless teams like the Avalanche and Stars are off the hook. The Avs came close, though, because they’ve looked absolutely awful in back-to-back shutout losses to the Wild. This feels like one of those cases where these two games are trying to tell us something, but we’re not sure what: Maybe the Avalanche are a lot worse than we thought, or maybe the Wild are just a lot better. 2

The Jets were expected to wind up firmly in the McDavid mix, but looked good beating the Coyotes in their opener. Arizona responded with a 3-2 overtime upset of the Kings on Saturday that earned backup Devan Dubnyk his first win since January,3 so they stay off the list too. And let’s not forget the Predators, who jumped out to a 2-0-0 start after beating the Senators on Thursday and the Stars on Saturday. With games against the Jets and Flames coming up, it’s not inconceivable that the Predators could be 4-0-0 heading into next weekend’s matchup with the Blackhawks.

The 0-2-1 Flyers made a strong push for an appearance. They’re the only winless team among those that have played three times, although at least they’ve been in every game right to the end. With a very tough next few weeks ahead — they host the Ducks, then travel to Dallas, Chicago, and Pittsburgh — we may need to find a spot for them sooner rather than later.

• Tied with Crosby for the league lead in scoring after opening weekend: Brock Nelson, with six points through two games. It’s OK to admit that you don’t know who he plays for.4

• Another Islander off to a hot start is defenseman Johnny Boychuk, acquired from the Bruins days before the season started. He’s sitting at four assists; the entire Bruins roster has scored three goals.

• The Ducks recovered nicely from their opening-game loss in Pittsburgh, beating the Red Wings on Saturday on a last-minute winner from Ryan Getzlaf. The goal was unassisted, although Detroit fans may want to award a helper to the referee who didn’t call Getzlaf for appearing to haul down Niklas Kronwall seconds before.

• The Wild’s good week continued on Sunday. They didn’t play, but did announce that they’ve locked up Jonas Brodin on a six-year deal.

• Stop me if you’ve heard this one before, but the Coyotes are about to have a new owner. This time it will be Andrew Barroway, who’s on the verge of finalizing a deal to purchase 51 percent of the franchise.

• The league made it official late on Friday: Chris Pronger is joining the department of player safety. He’ll do so despite remaining on the Flyers’ payroll, thanks to some CBA legalese that prevents him from retiring despite his career having been over for three years due to a concussion.

• Finally, the Caps are off to a nice little start under new coach Barry Trotz, earning three of a possible four points. Alexander Ovechkin has a pair of goals, and, much more importantly, has kept his +/- at an even zero.5

How Will Rick Carlisle Get the Mavericks Into a Crowded Western Conference Playoffs?