How Will Rick Carlisle Get the Mavericks Into a Crowded Western Conference Playoffs? 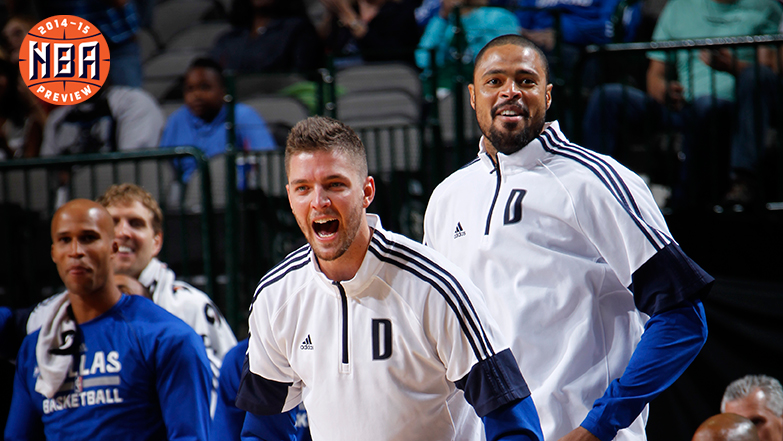 The Masked Man: So I’m not sure if you heard about this, but the Mavericks signed Chandler Parsons to a ridiculously big contract. I wholeheartedly endorse this move, though not because he’s going to be a superstar. It’s because the move is emblematic of the Mavericks’ larger decision to build this team around Rick Carlisle more than even Dirk Nowitzki.

Look how Donnie Nelson subtly downplays the potential of Parsons becoming a superstar, in favor of the functional skills he brings to the team: “We’ve always liked guys that are multiskilled and know what to do when they don’t have the ball, are a triple threat and all those old-school things. It’s a really good fit for us.” It’s the fit that’s key, because this is a coach’s team.

The biggest move of the offseason (Mr. Parsons aside) was reacquiring Tyson Chandler and giving up Jose Calderon in a move that gives the team some semblance of defensive stability at both bookends. Chandler is the kind of player you can design a whole defense around, and the Mavs now have passable defense at the point guard spot with Devin Harris, Jameer Nelson, and Ray Felton.

Hopefully this allows Carlisle to be more creative in the rest of his lineups, and I can’t wait to see what he does with the oddball cadre of versatile players (or, if you want to be mean, position-less players) to fill out the roster: Al-Farouq Aminu, Jae Crowder, Bernard James, Richard Jefferson, Brandan Wright, Charlie Villanueva, Greg Smith, Ricky Ledo. How are all of these guys getting minutes behind Nowitzki, Parsons, Monta Ellis, and Chandler? I have no idea, but I’m interested to see what Carlisle comes up with.

It’s a copycat league, and the past few years have proven that you need one of two things to win a championship: LeBron James or a Gregg Popovich. The Mavs might never lure a real free-agent superstar, so they’re placing their bets on the Pop route. I think — I hope — Carlisle is up to the task.

Kirk Goldsberry: You could make an argument the Dallas Mavericks are at least the sixth-best team in the West heading into the season. In fact, according to their futures odds, many sportsbooks are making that exact case. I wouldn’t say the Mavs are a shoo-in for the playoffs by any means, but if they stay healthy (big if, btw), I think they’ll get in at least as the 8-seed, and potentially as high as the 5 or 6.

Sure, they lost Jose Calderon, Shawn Marion, Vince Carter, and Samuel Dalembert, but they replaced those guys with Chandler Parsons, Tyson Chandler, Jameer Nelson, Raymond Felton, and Chandler from Friends. Oh, and they still have Dirk Nowitzki.

Here are the three main reasons I believe they will make the playoffs:

1. They should have a fantastic offense. Last season, they possessed the second-most efficient scoring offense in the NBA. With the additions of Parsons and Chandler, I think they’ll be right up there. I don’t have to tell anybody how I feel about Monta Ellis or Nowitzki.

2. Their defense can’t get much worse than it was last season, and with Chandler protecting the basket, it should improve in the most important tactical space on the floor — the restricted area.

3. They have the second-best coaching staff in the West. Sorry, Doc.

All in all, this is a team that made the playoffs last year, and I kind of think they are a better squad this year. Their projected starting lineup has beautiful potential basketball geometry, and I drink enough of the Carlisle Kool-Aid to believe they will realize that potential and score tons of points again.

Am I weird for thinking the Mavericks will be better this year than they were last year?

Jason Gallagher: How will Rick Carlisle make this weird Mavs roster into the 8-seed in the West?

To wonder if Carlisle can invoke in his current squad the same level of success as last year’s even weirder collection of misfits seems to be a no-brainer. Allow me to explain … 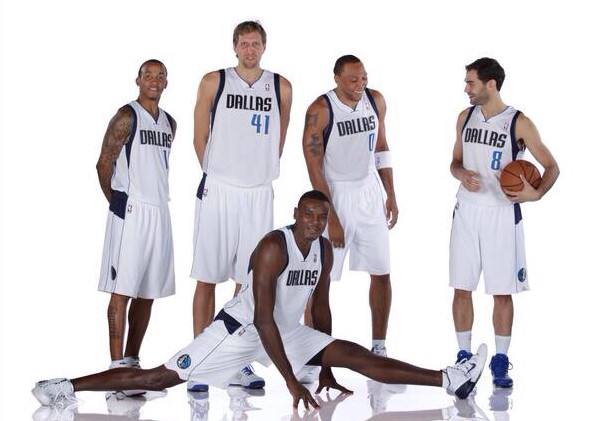 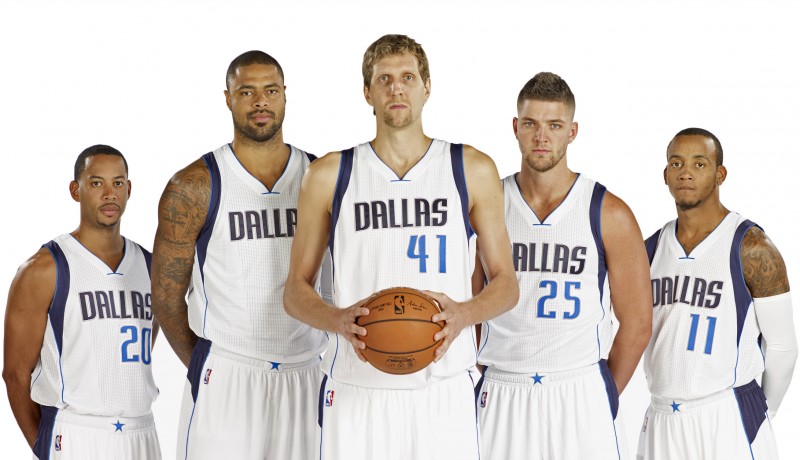 Carlisle molded Exhibit A into an 8-seed in one of the toughest conferences in NBA history. THAT TEAM. Look at them. Dallas’s starting center is doing a split. The first time I saw this picture, I cried a little, as I poured one out for the upcoming season. Turns out, that was a little premature because CARLISLE.

Now take a minute to look at Exhibit B. See what Carlisle has to work with this year? First off, notice how nobody is doing splits. I think that’s important to recognize, as we examine whether Tyson Chandler is an upgrade from Samuel Dalembert. Second, Chandler Parsons has been improving every year while playing under Kevin McHale. There’s no reason to think that won’t continue under the superior Carlisle. Next, Carlisle is a master at finding the upside in players. He now has a bench full of young dudes with so much upside he’s probably salivating just thinking about it.

DIRK-MONTA PICK-AND-ROLL IS STILL A THING

I could be overly excited, but to hell with the 8-seed. With Carlisle leading this roster, I think the Mavs could be fighting for a 4- or 5-seed. This last bit of research should hammer my point home. 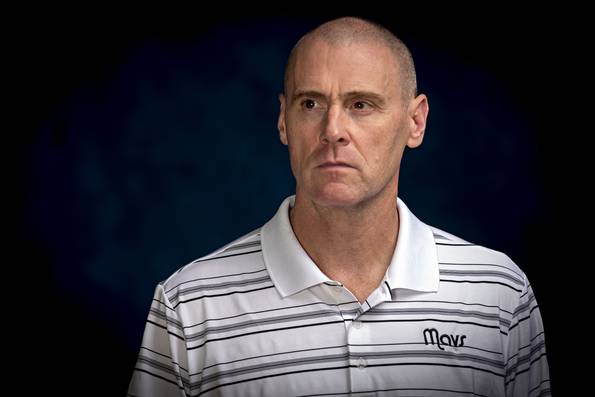