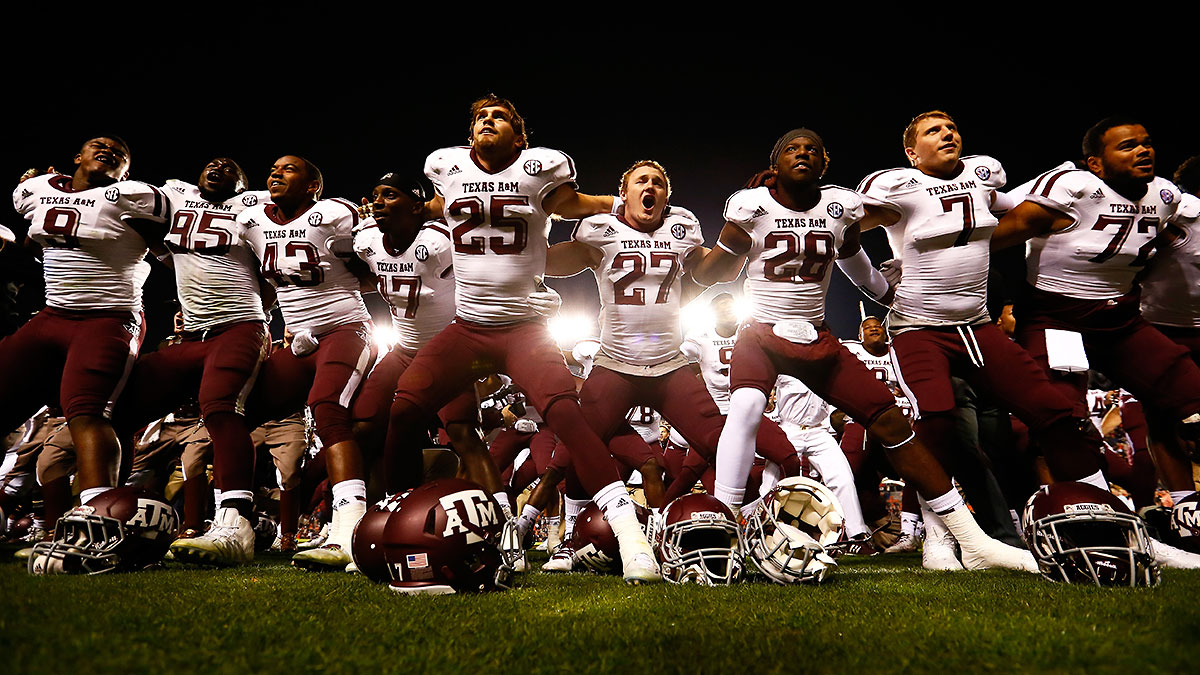 Celestial Recalibration of the Week: The Abyss Stares Back, and Then Gives You a Purple Nurple

Repeat after us: No one is safe; no one is great. Just looking at the teams that played in the final BCS National Championship provides an acceptable microcosm for the state of the sport after Week 11: Florida State’s injury luck has deserted it, as has Auburn’s outright witchcraft. But they’re not the only ones taking sickening dips on the November tilt-a-whirl. Four top-10 teams fell Saturday; far past wondering whether any team can finish undefeated, we’re now wondering how many one-loss programs will even be left for the committee to sift.

No one is safe; no one is great. It’s sort of queasily thrilling, isn’t it?

Just look at Pat Fitzgerald’s face after losing to Michigan because, among a host of other indignities, his quarterback fell down: 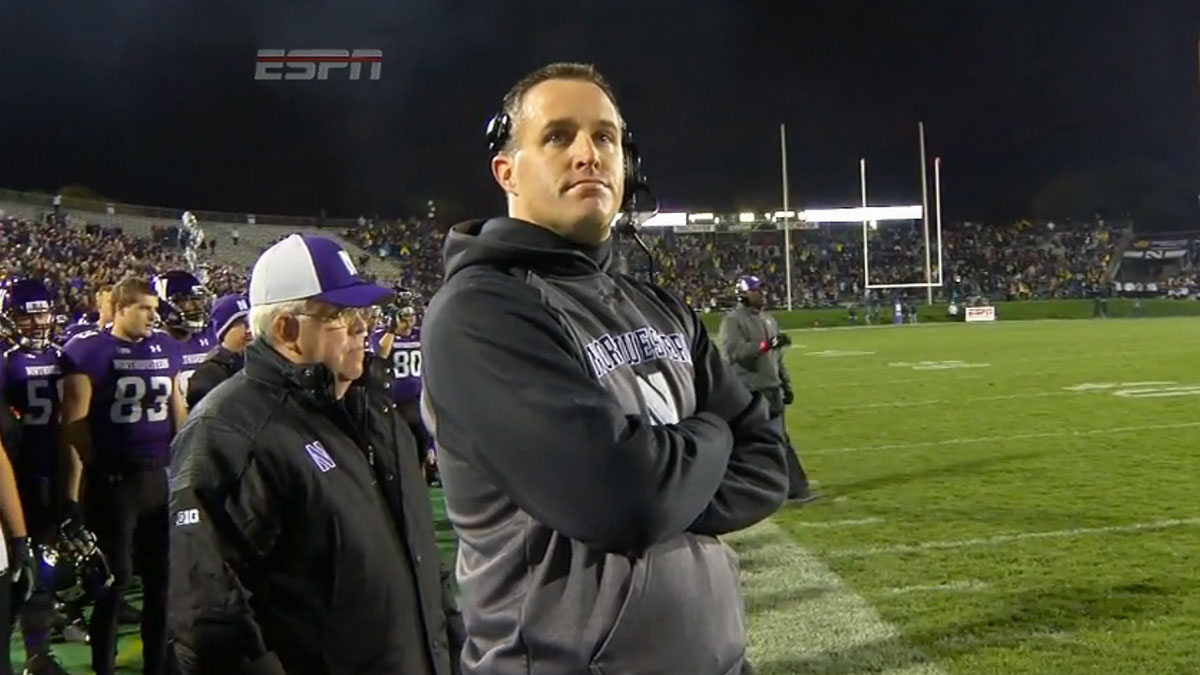 And just watch Everett Golson, forsaken by his offensive line and putting up pinball numbers in the turnover column in what’s already been a turnt-over season, throw one of the most deeply unfair pick-sixes we’ve ever seen:

It’s more queasy than thrilling for those guys, sure, but there are the feelings of Michigan and Arizona State to consider here as well. For every hung head, there’s one thrown back in elation. The universe is orderly like that. Comforting, isn’t it?

Rece Davis called Blake Sims “Big Hero 6” on Saturday night, but with respect to the body of work Sims has constructed this season, our Inflatable Hero Robot of the Week medal has to be pinned to the burly chest of Alabama’s offensive lineman turned tight end. We’re going to credit Greene with the win at LSU, because while several plays followed his trick catch to start overtime — including the actual game-winning score — who on earth has the spiritual resolve to come back from something like this?

The great thing about Big Ten rivalry games is that whenever anybody commenting on a given game resorts to the They Wanted It More trope to explain a particular outcome, there’s an actual It at stake. One is a cliché; one is unassailable truth. “Minnesota just wanted this large cast-bronze pig more.” Well, of course it did. Wouldn’t you?

Graven Idol of the Week: This Drowned Flat Screen

Rolling merrily along with our shrieking-into-the-void theme:

One of my roommates went to Auburn. pic.twitter.com/8iESdGSmAV

There’s a popular message-board sentiment — the insult value of which we have never really understood — in which Clemson is derisively referred to as “Auburn with a lake.” In return, here we have Auburn staging an immaculate Clemsoning, losing to Texas A&M thanks in part to two fumbles in the game’s waning clock ticks. Watching that many unlikelihoods that close together without the Tigers somehow benefiting from defiance of the laws of physics and averages and several major world religions felt like reading one of those really old, grisly fairy tales. We saw this unfold alongside a cluster of disbelieving reporters waiting for LSU-Bama to kick off, with many of them deeply convinced Auburn still had a 10-point win in it right up to 00:00.

You tried. You tried, and you are being awarded this scratch-and-sniff sticker for your foreheads, in the hopes that you will be encouraged next time to actually make your tries count for something.

There we were, set after the noon games to chide Georgia Tech for having the temerity to notch a fifth conference win and upset the balance of power in our quixotic quest for a seven-way tie in the ACC Coastal. And then there we were, determined after the middle slate to make the Arizona State fans deploying the O-VER-RA-TED chant against Notre Dame understand that regardless of truthiness, you devalue your own win when you do that! (This practice has no tangible effect on the world, but any time anybody does this anywhere, the logic is troubling. Don’t you want your opponents to look mighty, college football fans, making your teams by extension look even mightier? Aren’t y’all supposed to be in college?)

But no. No, the night games bore with them a creature infinitely more rare and beautiful: a play living in perfect embodiment of the Grape Job ideal. Welcome to history, Kaelin Clay:

What an immaculate piece of self-contained theater. Absolutely nobody’s in on it right away, not even Oregon. There’s a fan blocking the shot, preventing us from seeing anything out of the ordinary at first. There are fireworks and fight songs and a flurry of activity. And then, BLAMMO: 14-0 begets 7-7 begets 51-27. The universe is cold and unfeeling, but prone to occasional giggle-fits.

Talk about the abyss. Just let this marinate in your brainpan for a minute:

Duke is a football school now. There is irrefutable scientific evidence to back up this assertion. The universe is … drunk?