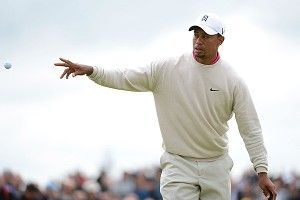 It’s cold up in Lancashire. Bring a sweater. Oh! I see you already did, golf pros. As de facto ruler of this blog, I say Tiger wins, because I’m into the off-white vibe with a flash of pink. But putting aside personal and sartorial preferences, I thought I should bring some experts into the fold here — David Cho and Robert Mays — to discuss the sweater game of the golfers at the British Open. 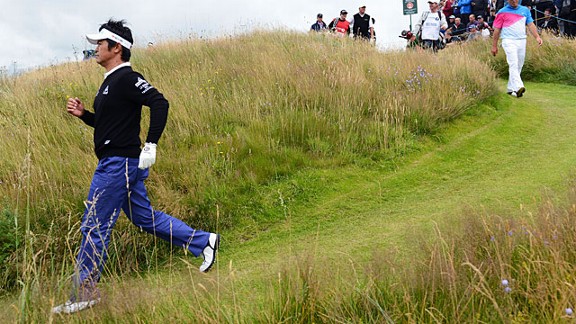 Chris Ryan: This guy is wilding out with this Le Coq Sportif thing. He’s got the little badges on it.

David Cho: Your commentary is the understatement of the year. Also, as someone who just went through four pages of pictures of these dudes wearing sweaters, let me just say, this small-ass picture is also a poor representation of how dope this sweater really is. Now, keep in mind we’re not talking dopest sweaters of all time, but dope within the context of the sweaters worn by these guys playing golf this weekend. In fact, this sweater is so good that as I finished going through the gallery of pictures, I Googled “Toshinori Muto sweater” to see if I could BUY IT (alas, to no avail). What’s so good about it? It starts with what you call “the little badges” (just for clarification, they’re patches, you bozo) — but they’re actually really classy-looking patches that are all on the shoulder, the chest, and the sleeve, and they just all look really cool. Now, I don’t know much about writing a fashion magazine (defer to current Grantland editor, former GQ editor, Sean Fennessey on that sort of thing), but I believe this is what they call a day-to-night sort of thing. That means that this sweater is so good that you could wear it in the morning to work and then keep it on for your dinner date at some gastropub. That’s right, you’re a quasi-dick who’s taking girls to gastropubs and calling them gastropubs instead of just calling it a restaurant like a normal person, but in spite of that, you’re still flying high because you didn’t have to go home to change clothes after your morning at work — a.k.a. DAY to MOTHERF—ING NIGHT. 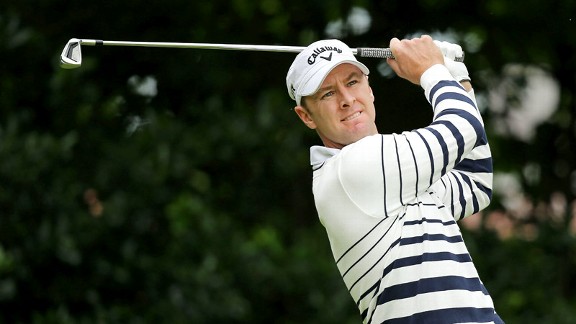 Ryan: Way to be a walking Saul Bass poster, Brendo.

Robert Mays: The white belt pulls it all together. 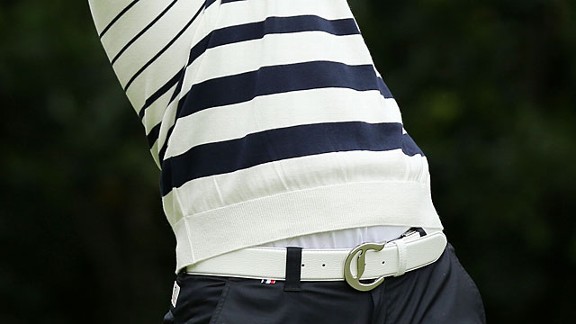 Mays: Most of my admiration here comes from jealousy. The whole widening-stripes thing just isn’t in play for us pear-shaped people.

Ryan: This is the best use of a white belt since Ian Svenonious in The Make Up. Shout-out to the eight people who are going to appreciate that reference.

Cho: I don’t know what you guys are talking about. This sweater is the dopest thing on this list without patches. Although there are some if-this-weren’t-on-a-dude-I-would-believe-it-was-made-by-Ann Taylor-LOFT vibes going on here, I still cosign the varying-size stripes. 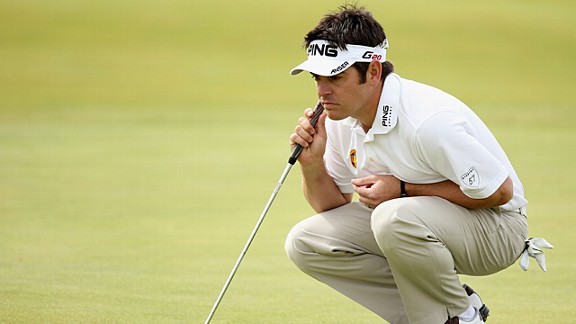 Cho: I’ll be honest, the reasoning for this high ranking is two-fold. First is the fact that he had the gumption to not even wear a sweater even though, per the picture above, he’s clearly VERY cold. Guy is legit shivering right there. Now, sure, maybe he thought, Hey, it’s summer, there’s no way I’ll need a sweater for this athletic competition! But I seriously doubt he doesn’t have someone in his entourage, or a mother, who’s on weather.com checking to see what the five-day forecast is like. Shout-out to Mrs. Oosthuizen for always looking out for her son and being prepared. The second statement I’m trying to make with this ranking is to point out that argyle is F-ing terrible. I don’t know what blind geometry major came up with it, and I don’t know how it became the de facto print for lame and ugly socks and sweaters, but it is really the dumbest shit of all time. I have no beef with diamonds, lines, or dotted lines individually, but really the combination brings out some sort of ire in me that was previously reserved for more egregious travesties (see: genocide, famine, etc.). 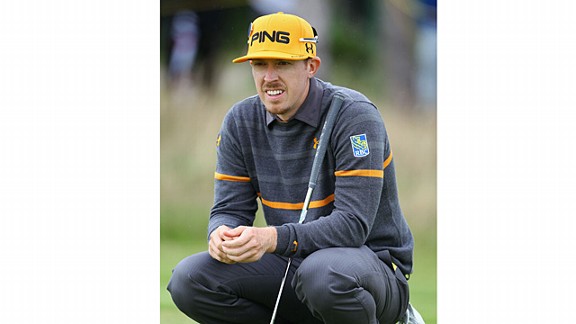 Ryan: I didn’t even know Under Armour made sweaters. Next time I’m on a hot date in, like, a meadow, and it gets cold and I pull the classic “Here, take my sweater” move, I’m going to be damn sure it’s an Under Armour sweater just so I can intimately whisper, “we must protect this house.” Bonus points to Hunter for threading the matching-sweater-flat-brimmed-Ping-hat combo. And the glasses hanging on the back of the head. That must warrant an Arby’s gift certificate at least.

Cho: Ditto on the Under Armour thing. In fact, I’m actually a little pissed I can’t make my own “protect this house” joke. That said, unlike you, I’m deducting points for the matching brim because this is a golf tournament, not a 2001 Nelly and the St. Lunatics video. If you want to emulate Slo Down, the member of the St. Lunatics who never actually rapped but just wore a series of masks and danced, this is neither the time nor place. Also, this is a huge digression, but why is Under Armour spelled like it’s from the U.K.? I know a simple Google query might tell me that it’s a British company, but I refuse to believe that a company that makes all of these aggro football, American football (USA! USA! USA!) gear and commercials is somehow allowed to spell their name that way. Make some UA monocles and then we can talk, until then, it’s going to be known as Under Armor to me. 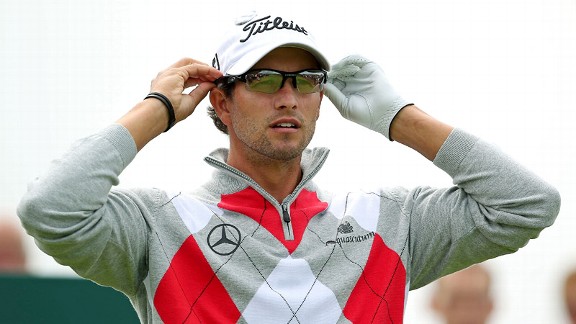 Mays: Here’s your Open Championship leader (after one round) in all his German-luxury-automobile-sponsored glory. I respect the argyle, but my question here is about the zipper-turtleneck situation. It’s too high, right? I feel like the sweater is trying to eat his face. 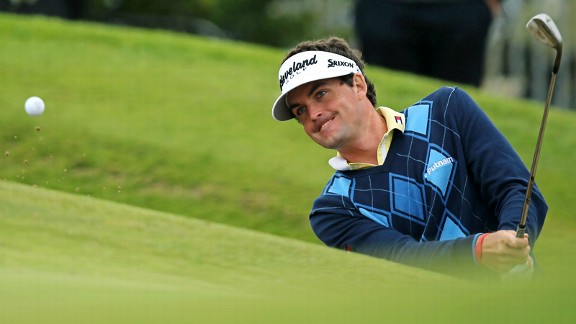 Mays: I want to know how Keegan Bradley broke into Roy Williams’s house to steal this.

Cho: Fuck you, argyle that is not sponsored by Mercedes Benz!!

About Last Night: Anyone Want a Claret Jug?