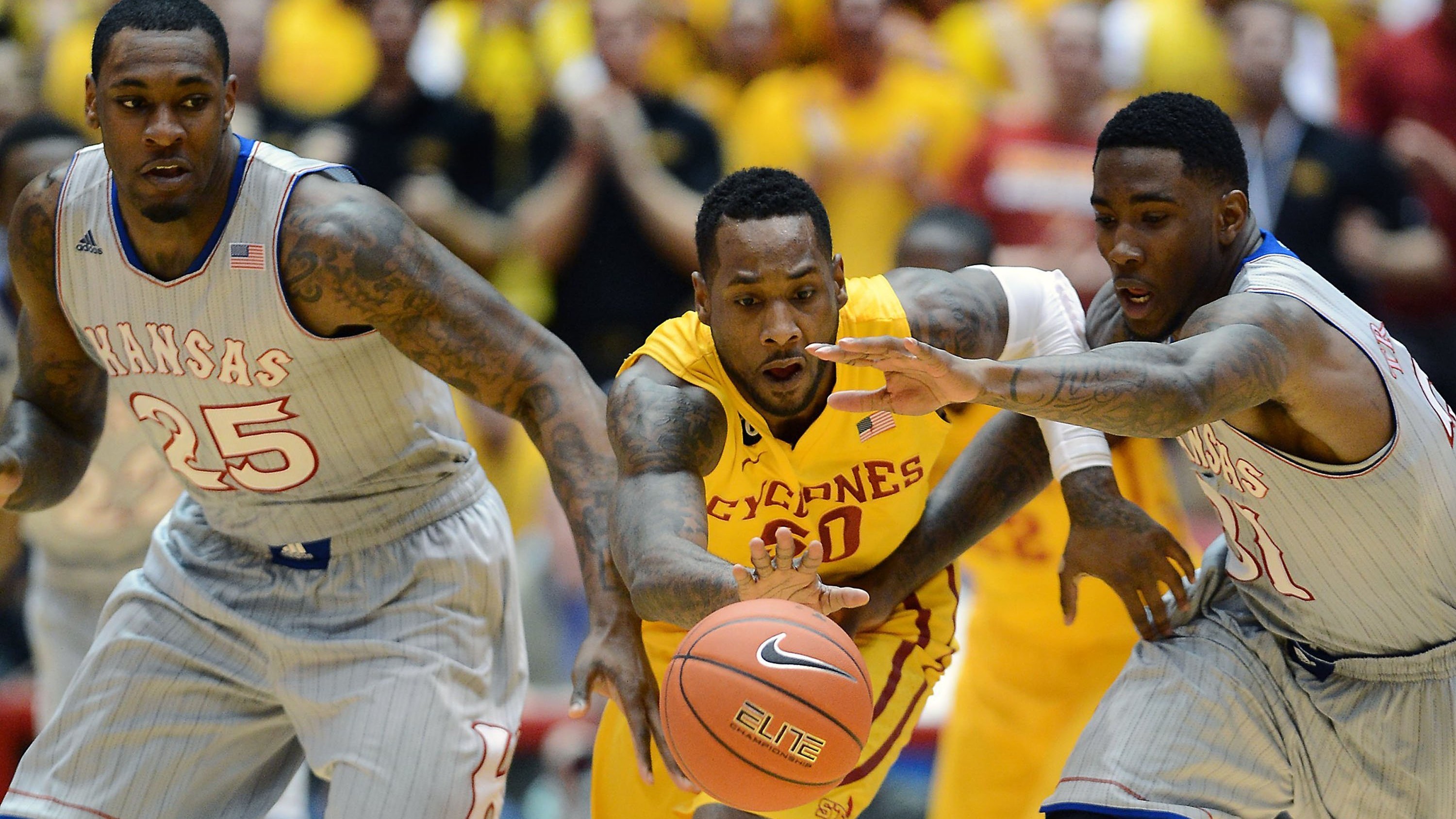 In case you were busy judging a man not by the content of his character but by the angle of his snapback, here’s what you missed in sports on Monday:

• Jayhawks big man Joel Embiid was dominant in the second half as the Kansas Jayhawks secured a 77-70 road win over the Iowa State Cyclones. Or should I say, Jayhawks Embiig man Joel Embiid? No … I definitely shouldn’t say that … that’s needlessly stupid … Moving on …

• The Tennessee Titans have named former Chargers offensive coordinator Ken Whisenhunt their new head coach. With the move, the Chargers now have a vacancy at offensive coordinator, and with the upheaval that’s happening over in Cleveland’s coaching staff there’s only one answer. That’s right, Norv Tur … no … I definitely shouldn’t say that … that’s needlessly cruel … Moving on again …

• The New York Knicks grabbed their fifth straight win, this time managing to beat Goran Dragic and the Phoenix Suns 98-96 in overtime. “I’m just glad to get vengeance on behalf of the brave crew of the Red October,” Knicks forward Carmelo Anthony said after the game. When asked if he thought Slovenian point guard Goran Dragic was Russian, or if he thought The Hunt for Red October was a true story, or if he made it to the end of The Hunt for Red October, or even if he had made it to the middle of The Hunt for Red October, Anthony furrowed his brow and explained, “No, man. The Red October is the name of my now-defunct year-round Halloween-themed basketball podcast, which was ruined when Dragic started his own Halloween-themed basketball podcast called Dragicula’s Awesome Podcast. That Slovenian son of a bitch put all 12 of my studio technicians out of work.” Anthony then shook his head and added, “But I will say the guy makes a damn good Halloween-themed basketball podcast. When Dragicula interviewed Kevin Boo-rant and Russell Deathbrook? Gold.”

• The Duke Blue Devils, who had stumbled to 23rd in the AP rankings, stabilized their season as they held on for a 69-65 win over the Virginia Cavaliers at Cameron Indoor Stadium. “It’s not been an easy season,” an emotional Duke head coach Mike Krzyzewski said after the game, “and that’s on me.” Krzyzewski then wiped a tear from his cheek as he cried, “How could I let us only have one Plumlee on the roster? What was I thinking? It’s all ruined. All of my work is ruined.” A visibly distraught Krzyzewski then added, “I don’t even know if this new Plumlee is a real Plumlee. For all I know he’s just some kid conning his way into Duke. We’re ruined. Ruined!”

• A late goal from Dustin Brown was the difference as goalie Jonathan Quick and the Los Angeles Kings shut out the Vancouver Canucks 1-0. “Man, that game had everything people love about hockey,” Quick said after the game, “glove saves, stick saves, kick saves, chest saves. Everything.”

• The Chicago Cubs unveiled Clark, their first mascot in almost 100 years. “This is ridiculous — I was an All-Star,” said former Giants first baseman Will Clark upon hearing of the Cubs’ decision. When told that the mascot was a cartoon bear, Clark punched the reporter who delivered the news before he could finish his sentence, which would have ended, “and it’s not you, so please don’t hit me, Will Clark. I really respect with hindsight your commitment to drawing walks in the pre-Moneyball era. Please, please don’t hit me, Will Clark.”

• Real Madrid forward Cristiano Ronaldo won his second FIFA Ballon d’Or, ending Lionel Messi’s four-year reign as the top player in world soccer. “Somos libres!” (We are free!) was the chant across Madrid as the people flooded the streets to celebrate their liberator. But their liberation was short-lived. “Por qué no decir ‘Somos livres’?” (“Don’t you mean,” switching menacingly to Portuguese, “‘We are free’?” Ronaldo asked the people as he stood in front of a giant picture of himself before immediately declaring his native tongue of Portuguese the new official language of Spain and unleashing the long-dormant Portuguese naval force against the people of the coastal cities of Barcelona and Málaga.)

• The city of Omaha thanked Peyton Manning after the Broncos quarterback loudly used their city’s name at the line of scrimmage to communicate snap counts to his offensive line. “But I did that first,” Giants quarterback Eli Manning said as he balled up his fists and kicked the ground, “why does Omaha thank Peyton — they should be thanking me!” But Eli’s petulance just elicited laughter from the children at the Lil’ Ballers Passing Camp that Eli was attending as the first part of the offseason penance his father Archie had prescribed after the Giants missed the playoffs.