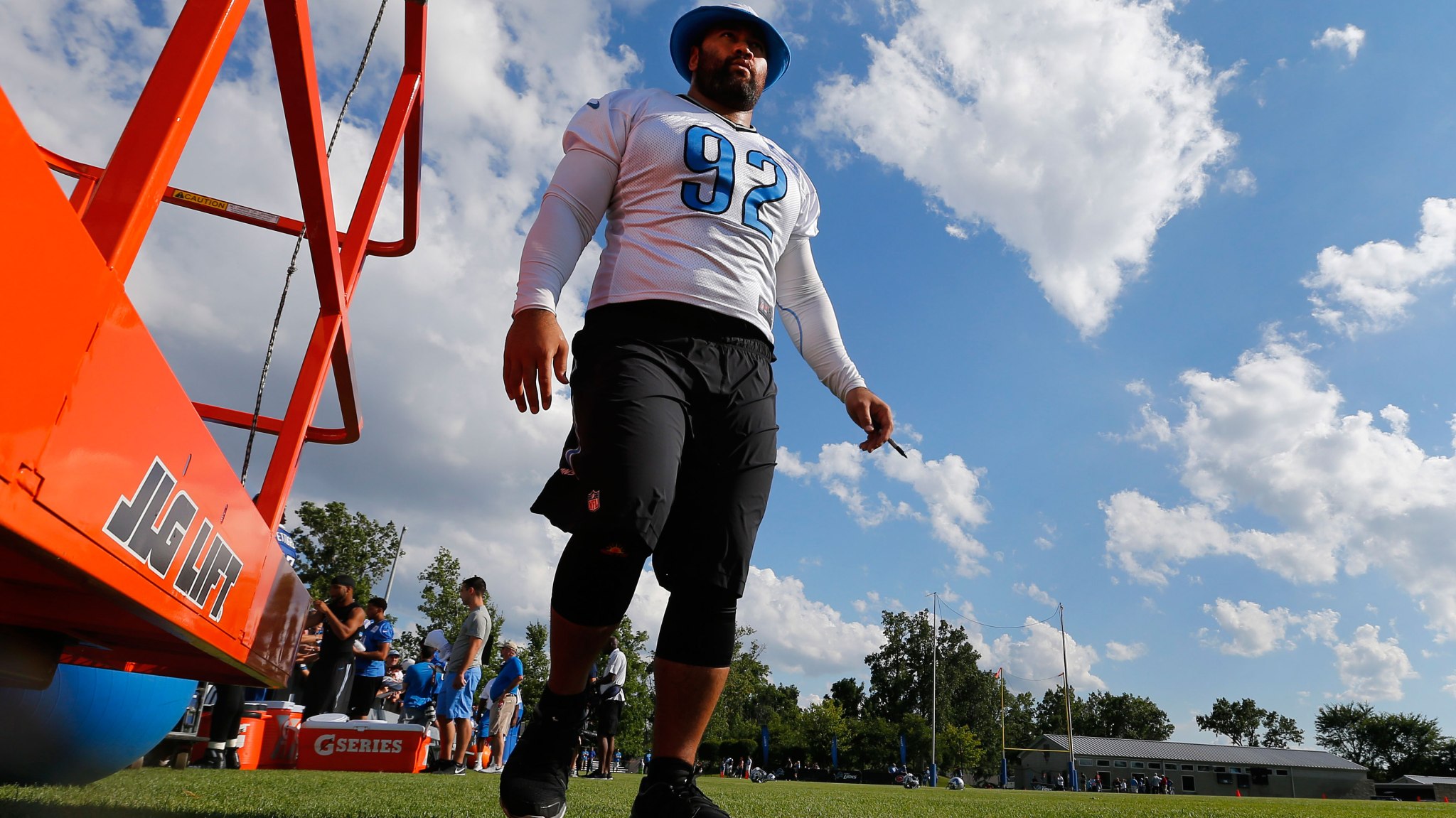 It was bad enough that the Lions were without Ndamukong Suh when training camp opened yesterday. Now, they’re down his replacement, too. Granted, the news that Haloti Ngata will start the season on the non-football injury list isn’t as bad as it sounds; Jim Caldwell told reporters after practice that Ngata strained a hamstring during a workout and that he’ll be “out for a little bit.” So, the Lions shouldn’t go too long without having a single Pro Bowl defensive tackle around, but just the idea of Ngata being out is a reminder of how tough post-Suh life will be in Detroit.

By now, the financial realities of why the Lions couldn’t bring Suh back are well known: The old CBA made it impossible to franchise him, and since the Lions have other monster contracts on their cap, they couldn’t offer the same kind of money as other teams.

It's almost here. For everything you need to know about the new season, follow all of Grantland's coverage.
There’s a chance Suh’s nearly $60 million guaranteed comes back to bite the Dolphins, but it’s easy to understand why they were willing to do just about anything to get him. Suh is one of the few truly transformative players in the NFL. His presence can change an entire defense, and he’s the main reason Detroit had become one of the best groups in the league on that side of the ball. Not only does Suh challenge Gerald McCoy as the best pass-rushing defensive tackle in the league, he’s also one of the best against the run. Against the Lions last year, anything on the ground was essentially a waste of a play. They finished first in run-defense DVOA and gave up fewer than 70 yards a game.

The run game, though, is where Ngata has the best chance to account for Suh’s absence. At 340 pounds, he takes up a lot more space, but Ngata has never just been hard to move. Instead, he’s a strong and devastating penetrator who also moves quicker laterally than any man that big should be allowed to.

Instead, it’s the passing game Detroit should be concerned about. Ngata’s ability to push the pocket and make plays on passing downs has always been underrated, but at this point of his career, he just isn’t close to Suh, who can fold a guard in half and blow right by him. If Detroit’s plan is for Ngata to play a lot of nose tackle, then the Lions still need a 3-technique type who can get pressure on quarterbacks — and that’s where we start grasping at straws. Nick Fairley was that player and more before getting hurt last year, and now he’s gone, too. The Lions’ other listed defensive tackles are Tyrunn Walker, Caraun Reid, and rookie Gabe Wright. If you don’t know who any of those people are, that’s OK. You probably shouldn’t.

It’s still early in camp, but with Ngata out, the Lions have been using Walker and 6-foot-7 defensive end Devin Taylor as their first-team defensive tackles. Taylor, at least, is intriguing. At 275 pounds, there’s a chance he’d be able to hold up as a 3-technique, and Ngata may be able to cover for his weaknesses against the run. But for now, intrigue is all the Lions have. Walker played fewer than 600 snaps in his three years with New Orleans, which is about 300 more than Reid got in Detroit as a rookie. Unless the experiment with Taylor pans out, the Lions will probably be looking to the edge for the bulk of their pass rush.

They may find it from Ziggy Ansah, who I mentioned last week as someone who could make a big jump this year, but the other options are less encouraging. Jason Jones, who’s currently on the PUP list, has always made his mark as a run defender, and the guys currently behind him and Ansah on the depth chart are career journeymen Darryl Tapp and Corey Wootton and 2014 fourth-round pick Larry Webster, who didn’t even see the field last year.

Suh was understandably the departure that drew everyone’s attention this offseason, but it was exacerbated by the loss of plenty of other linemen who played meaningful roles. Former no. 3 defensive tackle C.J. Mosley smartly joined Suh in Miami, where he’ll have the same cover that he enjoyed for two years in Detroit. And underrated pass-rusher George Johnson is now flanking another all-world defensive tackle in Tampa Bay.

The Lions have to replace nearly 1,500 snaps along their defensive line before you include the 900 or so that Suh played last year. That’s the hidden value in what Suh’s brought to Detroit’s defense since he arrived: How well he plays matters most, but how much he plays does, too. Since he came into the league, Suh’s been among the top five in snaps played among defensive tackles in four of his five seasons, including a ridiculous 1,000 plays his rookie year. He’s always on the field, and that gave Detroit a reliable base to build around.

In order to make up for Suh’s absence, especially against the pass, don’t be surprised if Teryl Austin, who was excellent during his first year as the defensive coordinator, blitzes more often. Detroit only blitzed on 25.5 percent of snaps last year, the 24th highest rate in the league, and Kyle Van Noy would be an interesting option if that number is to increase. Last year’s second-round pick played just 51 snaps after getting hurt prior to the season, but Van Noy was seen as a versatile option who showed flashes as a pass-rusher. Considering the coverage talents of linebacker DeAndre Levy, it would make sense to use Van Noy more as a blitzer.

With Suh gone, it’s natural to judge Ngata and Detroit’s defense against him, but if the Lions are to match last year’s defensive success, it might come from Levy and the guys behind the line. The Lions still have some stars on defense, and there’s reason to believe the play of the back seven can get even better. Getting linebacker Stephen Tulloch back from his torn ACL should help make up some of the ground lost in the run game, and continued improvement from cornerback Darius Slay could help to occasionally mask woes in the pass rush.

Still, for the D in Detroit to have a chance of matching last year’s level, Ngata needs to play. Players like Suh don’t come around often, but there’s nothing to be gained from wondering how that situation could have gone differently. Now it’s about figuring out how to navigate a world without him, and that starts by hoping that Ngata is back in pads sooner rather than later.

Seven Days in Flushing: Reliving One of the Craziest Weeks in New York Mets History