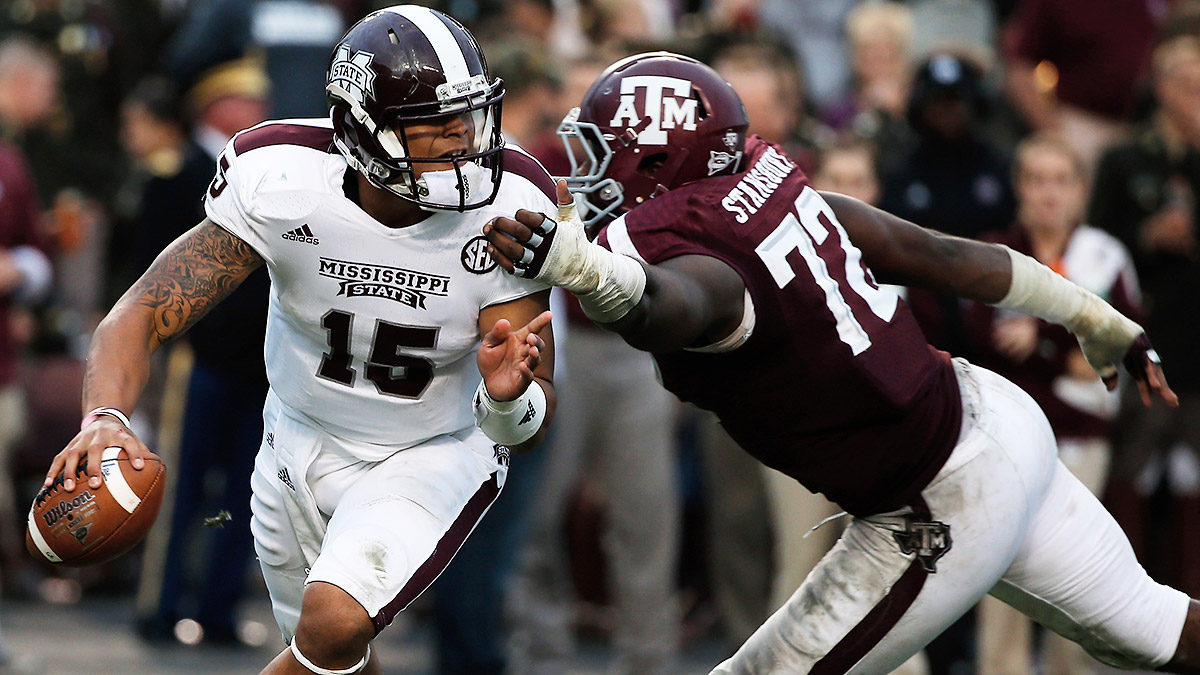 Brothers and sisters, prepare to fall face-first into a garden of earthly delights, and also of scorpions. Five SEC West teams enter Week 6 undefeated; all five play division games this weekend, and four of them are playing each other. All over the country, games are finally being played for something other than punching bag paychecks. Artfully distressed American artifact trophies are at stake. Playoff chances will be demolished left and right. The first full weekend of wall-to-wall meaningful action is almost here, and we would like it all to happen this very minute, if that’s not too much trouble. We’re climbing into a submarine, closing the hatch, and immersing ourselves in real actual meaningful football for the next two nights and all day Saturday, and we’re going to need some grimly glorious mood music:

How to watch: You should probably start driving to the Grove right this instant if you hope to get anywhere near there by the scheduled 3:30 p.m. Saturday kickoff. Should you fail, CBS has the broadcast.

Story line: How’s Bama quarterback Blake Sims’s shoulder? How are counterpart Bo Wallace’s interception demons? How will national receiving leader Amari Cooper hold up against Ole Miss’s thrash-happy defense? We’re currently nursing a pet theory that Alabama OC Lane Kiffin has stashed away an entire discrete game plan centered on tight end O.J. Howard that he won’t bust out until the Iron Bowl, just to make everybody mad; when you import your skill players in cases like so many oatmeal cream pies, you can afford to stash a few away. What other new offensive elements might the Tide turn loose against the Rebels?

How to watch: Combine a trip to Fort Worth with a jaunt to the Texas State Fair for some deep-fried sweet tea, or turn on Fox at 3:30 p.m. Saturday.

Story line: This year’s iteration of the Big 12 round-robin schedule slots both of Oklahoma’s highest-profile conference matchups late, but those games (against Baylor and Oklahoma State) are both in Norman. The scariest road tests on the Sooners’ slate begin Saturday at TCU and continue next week with the neutral-site game against Texas. The Week 6 bout will be the best competition either squad has faced thus far, with Oklahoma’s victory at West Virginia and TCU’s over Minnesota their shiniest pelts to date. Let’s learn some things, see what Horned Frogs QB Trevone Boykin looks like under the tutelage of co–offensive coordinators Doug Meacham and Sonny Cumbie, and continue to live in fear of Oklahoma linebacker Eric Striker.

How to watch: Again, most of the SEC West is converging on the Magnolia State this weekend, so better get a jump on traffic to Starkville right now. Don’t even take the time to close this tab. You have until noon Saturday, or you can turn on ESPN or click to WatchESPN.

Story line: Mississippi State showed in its upset over LSU what it’s prepared to do to an underripe defense. Dak Prescott can beat such a unit with his arm, or his feet, or with a handoff to Josh Robinson, and the Bulldogs are coming off a bye. There is, however, still the matter of defending Kenny Hill and friends. Not all of Texas A&M’s gaudy offensive stats were obtained against Lamar, Rice, and SMU; the Aggies are averaging more than seven yards per play versus league opponents. (Then again, those league opponents were South Carolina and Arkansas. We’re past ready for some clarity in this division.) 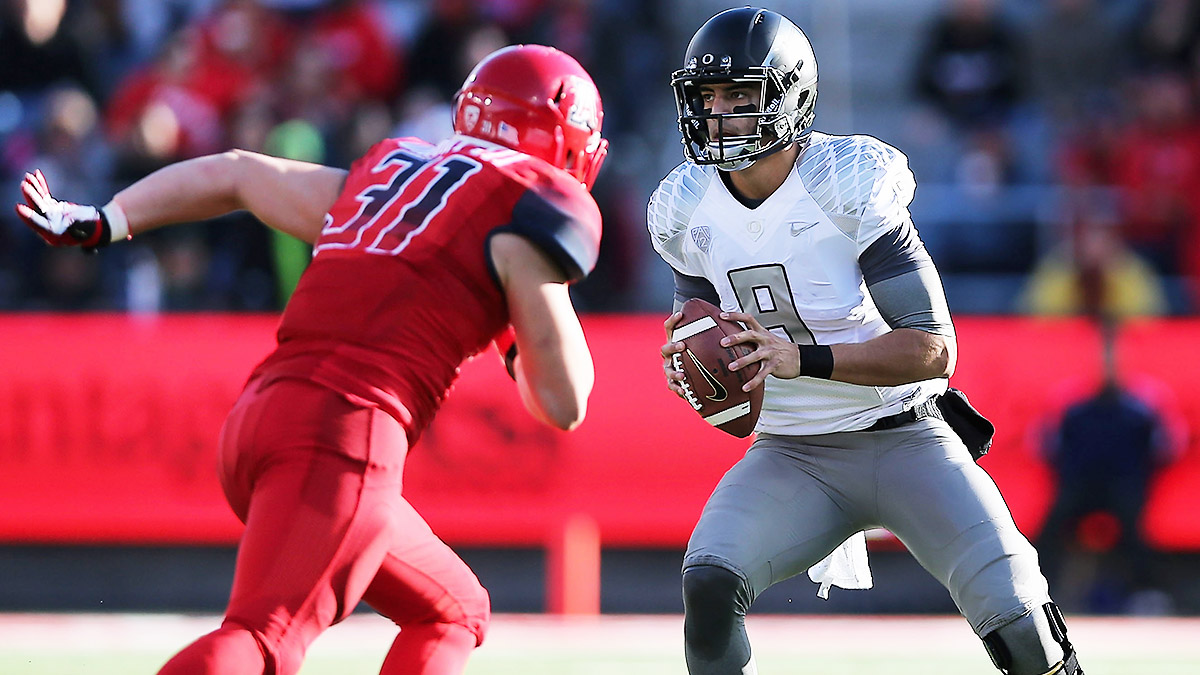 Weeknight college football of varying degrees of nutritional value, to be consumed at the user’s own risk.

On Thursday: You can watch Florida Atlantic play Florida International (7 p.m., check your local listings). As a presumably grown adult with agency, this is a life choice available to you. It’s just that you could also be attending something UCF is calling a “Dive-In Football” watch party for the Knights’ game at Houston, and that starts at the exact same time (ESPN/WatchESPN if passage to Orlando is too much to arrange). You could also take that time to make chili or something, because October, to prepare for Arizona at no. 2 Oregon (10:30 p.m., ESPN/WatchESPN), which is all of the following: the very first undefeated-on-undefeated action of Week 6, a game that will deal one of two legit-looking division contenders a conference loss, and a grudge match. It’s your life.

On Friday: Louisville at Syracuse (7 p.m., ESPN/WatchESPN) serves as an opening act for a pair of the very best kind of rivalry games: the kind that come with trophies that look like they were stolen off the walls of a Cracker Barrel. San Diego State visits Fresno State (10 p.m., CBSSN) in the Battle for the Old Oil Can,1 while Utah State and no. 18 BYU slug it out in Provo for the Old Wagon Wheel.2 It should be noted that the Wagon Wheel game looked much more compelling a few weeks ago; a dual-threat quarterbacking battle just won’t be the same without Chuckie Keeton (10:15 p.m., ESPN/WatchESPN). 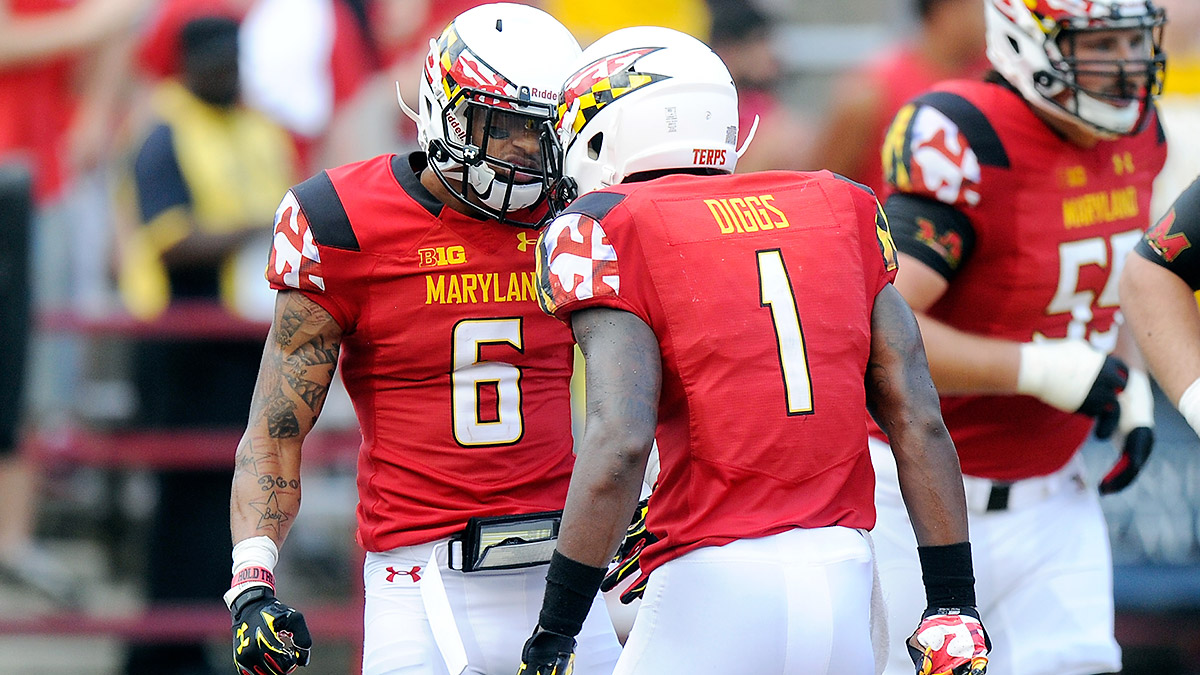 Highlights from a Week 6 undercard of such quality and depth that we frankly feel unworthy to behold it.

No. 20 Ohio State at Maryland (Noon, ABC): Star Terps receivers Stefon Diggs and Deon Long, who each broke a leg in Maryland’s loss to Wake Forest last year, are about to face a Buckeyes secondary that permitted Cincinnati’s Gunner Kiel to deliver a 352-yard, four-touchdown passing performance last week. Those scoring throws were of 60, 19, 83, and 78 yards, and none came in garbage time. Wheee!

No. 7 Baylor at Texas (3:30 p.m., ABC). The first sentient defensive challenge to the Bears’ playoff candidacy will be a stern one, and away from their lovely new lair. Still, saying “no, no, no, Texas has a chance against Baylor, y’all!” at all is still a spiritual adjustment:

When I first read the "Baylor is still Baylor" quote from a guy who arrived at Texas in 2010, I just assumed he meant it as a compliment.

No. 14 Stanford at no. 9 Notre Dame (3:30 p.m., NBC). With Michigan’s utter unraveling rudely shoving the Irish into the “AIN’T PLAYED NOBODY, PAAAOWL” pile, this contest with the Cardinal will be helpful to recalibrate Notre Dame’s merit. One key matchup to watch: Everett Golson and his younger receivers versus Stanford’s secondary. Turnovers also figure to loom large in the other direction; the Irish have forced 10 this season, while Stanford has committed nine. First to 10 points wins?

No. 15 LSU at no. 5 Auburn (7 p.m., ESPN/WatchESPN). We have concerns about Auburn’s offensive line, but when those are measured against the youth of LSU’s defensive front in the two-deep … and there we go trying to pin down what to expect from the Bayou Bengals again. Even more so than usual, the Tigers are a random number generator this year; some of the Ping-Pong balls have numbers, some are painted plaid, and some are painted intricately with zinnias. Just watch the damn thing. Let Go and Let Les.

No. 19 Nebraska at no. 10 Michigan State (8 p.m., ABC). Hopefully, this will prove to be a handy progress report for the Spartans and Spartan adherents: Four weeks removed from their second-half meltdown at Oregon, has their midgame adjustment regimen improved? Can Pat Narduzzi’s NFL-depleted defense contain Huskers workhorse Ameer Abdullah? And while we’re asking rhetorical questions, in what fiery Peloponnesian hell was this version of Connor Cook forged? Matt Hinton investigates. 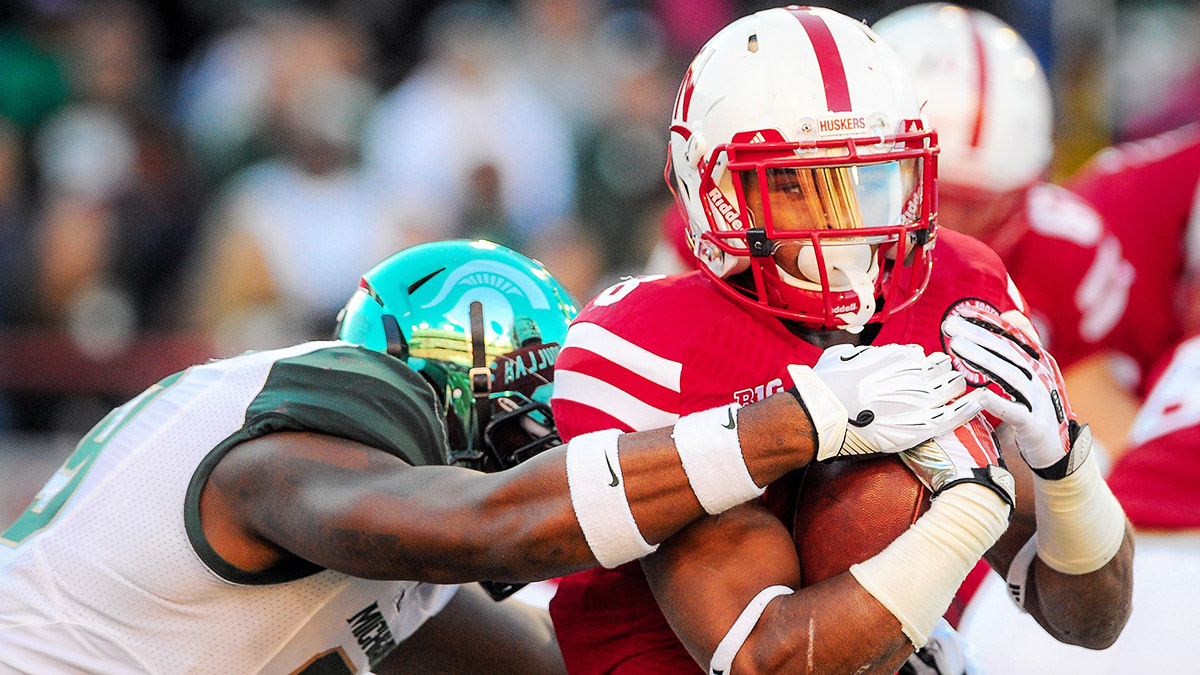 Which undefeated and winless teams are most likely to drop their zeroes this week? With eight of the 17 unbeaten squads4 in action this week playing each other, four are guaranteed to tumble down into the one-loss wagon. If we had to pick, we’d add Notre Dame (vs. Stanford) or Nebraska (at Michigan State) to that number. We’re very glad we don’t have to pick.

Meanwhile, at least one program is guaranteed to escape the winless well this week, with UMass and Miami (Ohio) playing one another (2:30 p.m., ESPN3). The least likely to emerge from the oh-fer ranks: SMU, which travels to East Carolina for something we are still academically obliged to call a football game.

Where might things get real weird this week? In Clemson, where the Tigers are presumably over any psychological scarring that occurred against Florida State, but where the visiting North Carolina State Wolfpack will still be freshly mad. Quarterbacks Deshaun Watson and Jacoby Brissett appear prepared to score at will, and neither defense appears of a mind to stop them. (3:30 p.m., ESPNU/WatchESPN)

Or in Knoxville, where the Gators and Vols will meet at midfield, compare fresh conference wounds, and maybe take a nice nap rather than risk repeating the events of last year’s meeting? (We found our notes from the 2013 game, and they begin like so: “A crime was committed today. The victim’s name was football.”) (Noon, SECN/WatchESPN)

Or — dare we suggest — in Lexington? Kentucky comes in with multiple suspensions, including for the team’s all-purpose yardage leader, and despite great strides in recruiting and great promise for the future under Mark Stoops, the Wildcats haven’t shaken the stigma of Kentucky Football just yet. South Carolina is better on paper and pixel. But. BUT. (7:30 p.m., SECN/WatchESPN)

Where’s our late game? Three 10:30 p.m. kickoffs are on offer this Saturday. One features Boise State, a team we are not super inclined to watch after last week. Higher entertainment potential lurks in Pullman, where Washington State hosts Cal for homecoming5 (P12N), and particularly in Pasadena, where no. 8 UCLA welcomes Utah, and the rest of us see if the Bruins can build on last week’s walloping of the Sun Devils.

Heading up to Morgantown to see if West Virginia can gain its first conference win of the season while facing Kansas,6 in the Jayhawks’ first game without Charlie Weis? Don’t go without these crucial mustache maintenance instructions from Mountaineers punter and elite facial hair enthusiast Nick O’Toole.

Baseball’s Big Chance: Two Great Games and a Crack in the NFL’s Shield