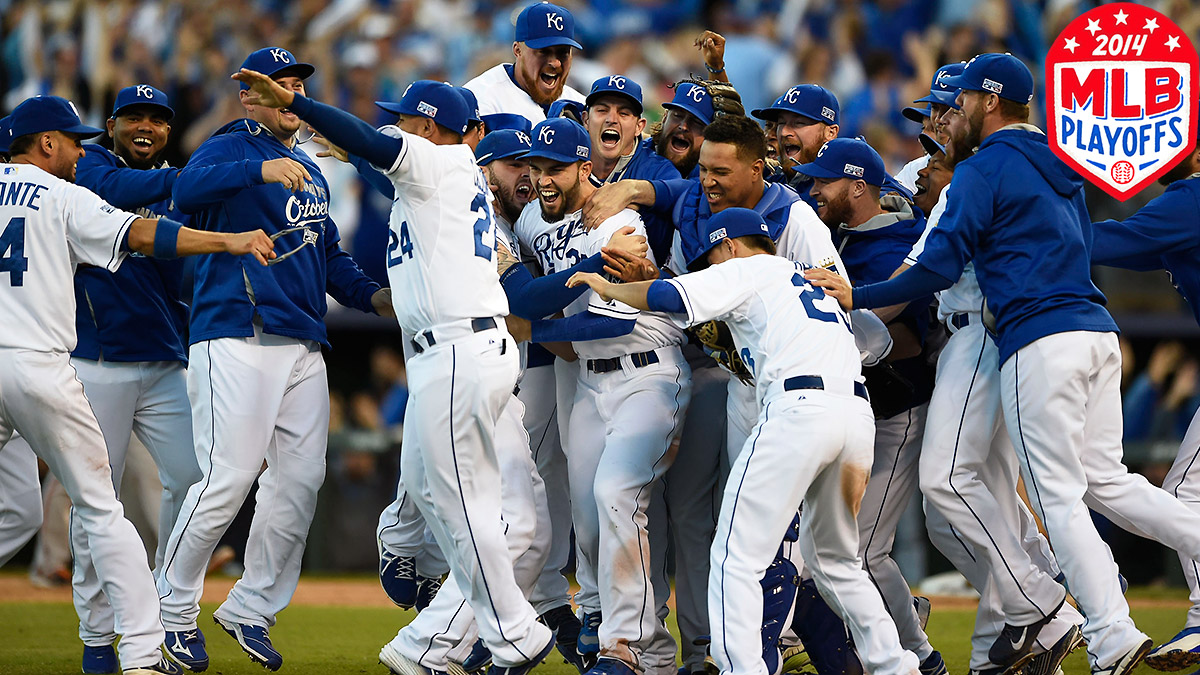 They played baseball last night. In Kansas City, the Royals won the pennant for the first time since 1985; in San Francisco, it took 13 pitchers and nearly four hours to set up a win-or-go-home Game 5 for St. Louis.

Eight of those 11 wins have come this postseason, and because this is a sports story, there’s a temptation to draw sweeping conclusions from what amounts to a little more than a week’s worth of games: Going to the World Series vindicates Ned Yost’s managerial tactics, the James Shields trade, and Dayton Moore’s earlier mistakes. And flags fly forever, so it might.

All of our postseason coverage!
But not everything has to be a debate and end with a conclusion. The Royals don’t play tactically perfect baseball. And that’s awesome, because tactically perfect baseball — with conservative baserunning, deep counts, walks, and home runs — is ugly. It’s boring. The Royals do all the exciting parts of the game well: They steal bases, they play uniformly sublime defense, they have about seven relief pitchers with mid-90s fastballs and preposterous sliders.

The end result: eight wins in eight games, six of them by one run or in extra innings.

The Royals aren’t using one of the three good starting pitchers they have (Danny Duffy), and it doesn’t matter, because suddenly Mike Moustakas thinks he’s Home Run Baker, and because screw you if you think you can get a fly ball to drop between Alex Gordon, Jarrod Dyson, and Lorenzo Cain. Just when the sport has been studied and scrutinized and quantified to within an inch of solving it, something bizarre and beautiful, like these Royals, comes along.

Kansas City advanced to the World Series by winning a game in which it started Jason Vargas, and in which the sum total of its offense came from the first four batters of the game on an infield single, a hit batter, a bunt, and a throwing error on a fielder’s choice.

Look at that sequence. What the hell kind of conclusion do you think we can draw from that?

The Royals are steaming into the World Series like they picked up a star in Mario Kart, and whether they face the Giants or the Cardinals, they’ll be a nationwide sentimental favorite the likes of which the Fall Classic hasn’t seen in at least a decade. The Royals aren’t here because of strategy or because someone deserves it, because that’s not how playoff baseball works. But they’re in the World Series, and the only appropriate reaction is to raise your hands over your head and shout at the top of your lungs. There’s no other way to greet the beautiful and inexplicable.

The Giants went up 3-1 on the Cardinals in what wound up looking like a college football game: It was a back-and-forth affair that turned on a couple of simple mistakes and took four hours without going to overtime or being particularly high-scoring.

The lesson to take from Game 4 is the reinforcement of that old baseball truism: There is nowhere to hide on a baseball field — the ball will find you. We saw this in the early going. Gregor Blanco “doubled” off Jon Jay’s glove in the bottom of the first inning, then came in to score. In the top of the second, Kolten Wong “doubled” off Blanco’s glove, then came in to score himself.1

That’s not to take anything away from Wong, who continued to make like a burning chiropterologist and swing a hot bat. Wong’s third-inning home run put a bow on the Cardinals’ wholesale beatdown of Ryan Vogelsong, who gave up four runs in three innings. The Cardinals’ diminutive second baseman is now slugging better than 1.000 in the playoffs, and if erasing the bad memories of Pete Kozma were as easy as, say, exorcising demons from a fig tree, Wong would have done that by now.

Unfortunately for the Cardinals, we’d forgotten all about Wong’s heroics by the time the game ended. While not all the blame for this loss rests with Matt Adams, during the later stages of the game, he put on a classic demonstration of not having anywhere to hide. With one out in the bottom of the sixth, runners on second and third and the Cardinals up by one, Blanco hit a hard grounder to Adams, who was playing in. Adams stumbled, and his late, weak throw home — combined with bad positioning from catcher Tony Cruz and a great slide by Juan Perez — allowed the tying run to score. The next batter, Joe Panik, grounded to first, but instead of throwing home to cut off the lead runner, Adams tagged first and tried to go for the inning-ending double play at second. His throw was off-line, and even if it hadn’t been, Brandon Crawford probably would have scored before the ball got to second anyway. The Giants scored three runs total in the sixth to make it 6-4.

Half an inning later, Adams found himself at the plate, facing a 3-0 count from Javier Lopez. With runners on first and second and two out, Adams represented the go-ahead run. He took what should have been ball four, but plate umpire Mark Carlson gave Lopez the automatic 3-0 strike. Two pitches later, Adams grounded out to end the inning, and anyone who hadn’t already wanted to wrap Adams in a blanket and hug him certainly did by then. Neither team seriously threatened again.

Those three plays from Adams — the two bad throws in the sixth, and the groundout in the seventh — were three of the five highest-leverage plays of the game. They swung the contest, and since the game was the difference between the Cardinals tying the series and having to beat Madison Bumgarner on the road to keep their season going, those three plays could very well have swung the pennant.

The ball will find you, no matter how hard you try to hide.

Do the Raptors Have Too Much Depth?