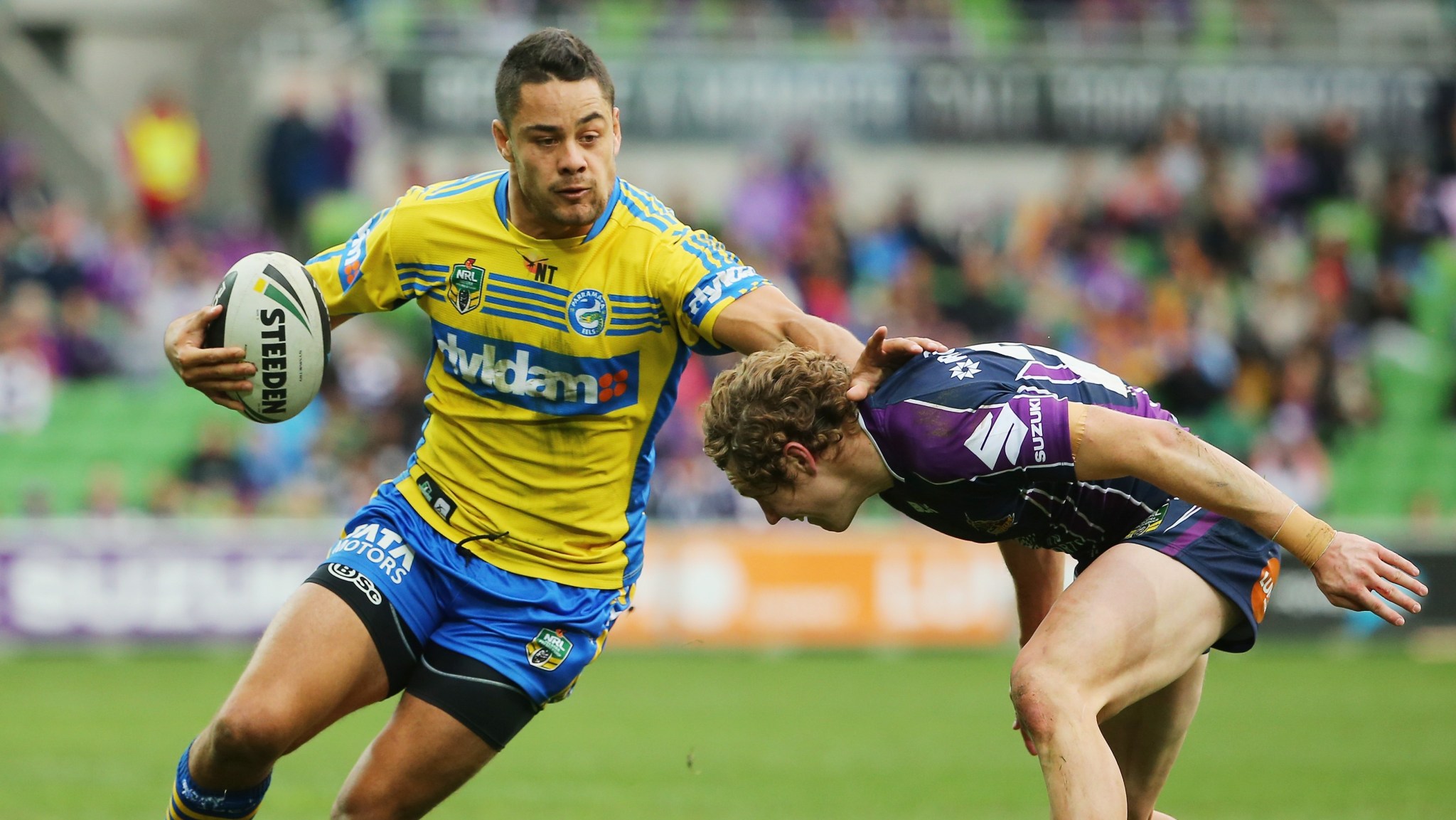 Who Is He? Jarryd Hayne, a superstar in Australia’s National Rugby League for the Parramatta Eels

Rugby? Rugby! Or rugby league, technically, which is different.

Where Is He From? Sydney, New South Wales, Australia

Why are we talking about him? This week, he announced he’s walking away from the game to chase his dream of playing in the NFL. As he wrote in an open letter to fans:

For the past 24 months I’ve been thinking about having a crack in the NFL, and over the last 12 months I’ve been seriously considering it. Today I can officially announce that I will be heading to the United States to pursue an opportunity to play American Football. I will be withdrawing from the Kangaroos Four Nations side immediately, and accepting a conditional release from the Eels to make the move overseas … It’s always been a dream of mine to play in the NFL, and at my age, this is my one and only chance at having a crack at playing there.

His Game in 25 Words or Fewer: He’s a fullback, he’s one of the highest-paid players in the National Rugby League, and that’s literally all I know. (Says the Sydney Herald, “This is a young man, who from the age of 15, has been just about first picked in every rugby league team he’s ever represented.”)

What Does He Know About the NFL? He’s been playing fantasy football.

And he enjoys NFL Memes. So that’s a good start.

Are There Precedents Here? In 2006, rugby league player Willie Mason had a tryout with the Jets that went nowhere. Just last year, the Colts made headlines when they brought in Kenyan rugby player Daniel Adongo from South Africa and added him to the practice squad as a project at defensive end. Sports Illustrated chronicled the transition and Indy’s hopes for his future –“People love the crap out of him around here,” said his defensive coordinator. But in August 2014, he was waived and sent to injured reserve with a groin injury. The project’s on hold for now. 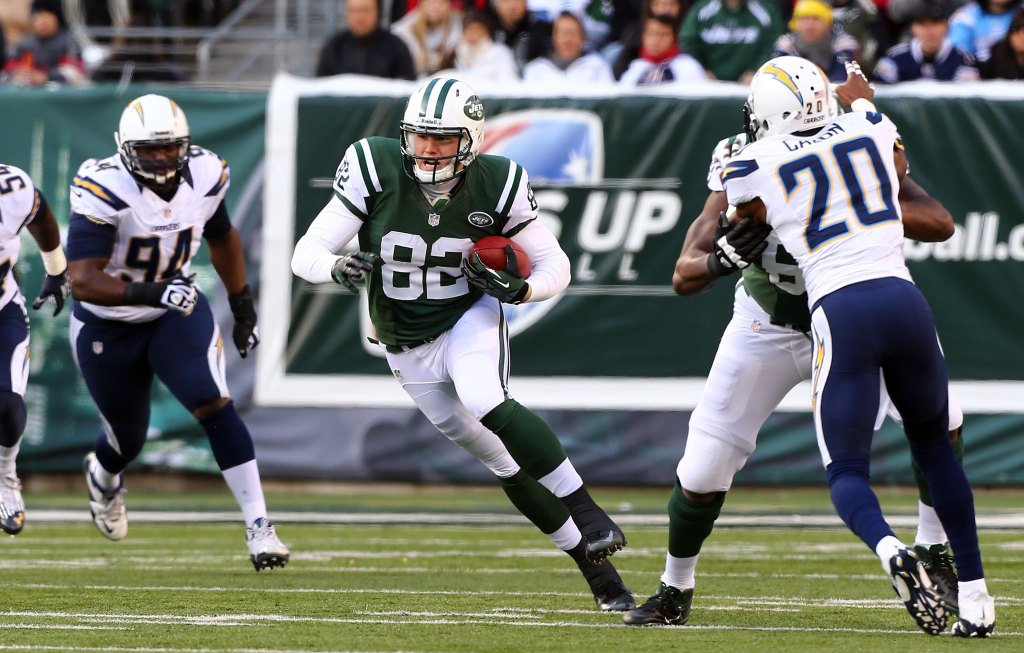 In New York, the Jets brought in 6-foot-7, 240-pound Hayden Smith to play tight end in 2012, and he became the first professional rugby player to play in the NFL. His career included five game appearances, with one catch for 16 yards. He was cut by the Jets last year, failed to catch on with Tampa Bay, and went back to Australia to play rugby.

Smith has zero regrets. “It is an amazing journey to have been a part of and you just take life experience from it,” he told The Telegraph. “It took a lot of work and wasn’t easy and I grew as a person by taking myself outside my comfort zone.”

But Those Aren’t Really Precedents. No, not really. Neither of those players was as dominant as Hayne. He just walked away from a multi-million dollar contract extension that would’ve been the richest deal in the history of the National Rugby League.

How Is This Being Received in Australia? With shock, mostly. And lots of support. And the caption here, introducing us to Chicago Bulls running back Matt Forte. 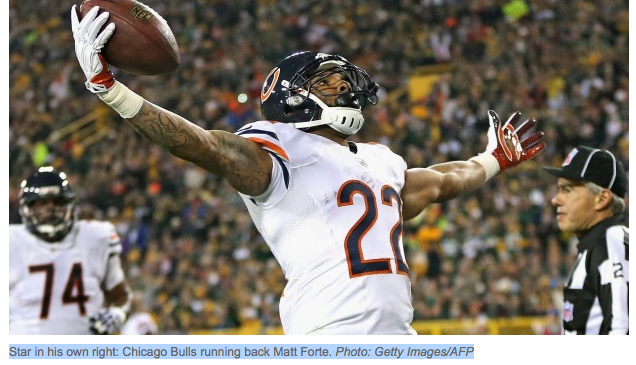 How Did This Happen? “It wasn’t easy,” Hayne said at the press conference announcing this move. “I think that’s what people need to understand, like this isn’t going to be an easy transition. That’s why it took so long to decide.”

Hayne’s been interested in this for a while. Two years ago, he began secret training sessions with the “gridiron team” at the University of Technology Sydney, whose coach saw that he “took a big shine” to the game.

This summer, Reggie Bush was shown highlights by Fox Sports Australia and said, “He actually looks like an NFL running back. Looks like he could come play with us tomorrow.” This quote will definitely be included in every story about Hayne’s decision, but I don’t know. It’s probably less an endorsement and more a polite way to play along with the Australian interviewing him.

Then in September, his team visited Seahawks practice and the University of Washington, and he saw training facilities up close, and this was apparently enough to push things over the edge. Last week, he posted this cryptic tweet:

Id rather live with failure, then die we regret.

Now here we are.

Why You Should Know Him: Because this is totally awesome. If you were to come up with a comparison from America, it might be a little like LeBron abruptly leaving basketball to try football. Or Jordan doing the same with baseball. But both of those sports at least happen in the same country. This is a bigger leap. Imagine 26-year-old LeSean McCoy leaving the Eagles tomorrow to go try to play rugby next year.

Hayne’s just hitting his prime, he’s ignoring the chance for a record-breaking contract, and he’s heading to Los Angeles without speaking to any NFL teams. All to follow a path that was already pretty impossible to begin with. As the Jets’ Smith remembers, “It took me months to be able to coherently understand what was going on and that was after putting in 12 or 14-hour long days. The playbook would contain hundreds of plays and thousands of varieties. You only have a couple of seconds to react once we snap the ball. You are also dealing with some incredible athletes so it is a pretty tough environment.”

There are 10 different reasons this shouldn’t work at all, and several examples where it hasn’t. That’s what makes it so much fun. It’s ambitious at best, and probably closer on the spectrum to insanity, which only confirms everything I’ve always assumed about rugby players.

Now Hayne will head to America, train in Los Angeles, probably enter the 2015 NFL Combine, and we’ll take things from there. The odds of him catching on as a full-time running back are slim, but kick returner and punt returner is possible. If it doesn’t work, he’ll go back to the Eels in a few years. Regardless, for anyone who’s ever wanted to watch LeBron play tight end for the Browns, or Usain Bolt play wide receiver, this is as close as we’ll get. That alone should have everyone rooting for him.

Let’s do this. Let’s go. All aboard the Hayne Plane. Wherever it lands.