MLB Overnight: The Royals Beat the O’s, the Giants Beat the Cardinals, and the God of the North Wind Spoke 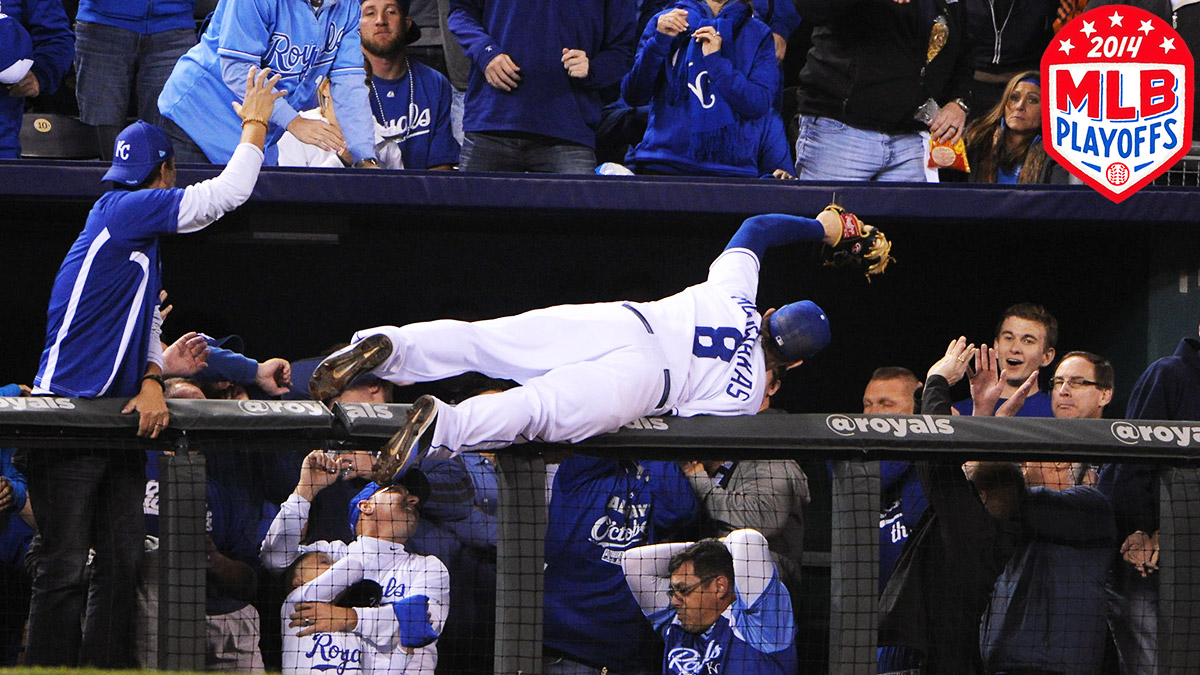 They played baseball on Tuesday night. The Giants went up 2-1 in the NLCS. The Royals went up 3-0 in the ALCS. And I became a god.

I am Boreas, god of the north wind. At my whim, seasons and civilizations rise and fall. It is I who turn summer to winter, and it was I who destroyed the Persian fleet at anchor. Be still and humble in my presence, for I am mighty. Your silence will be your salvation.

For far too long, a barrage of baseballs has assailed the waters of San Francisco Bay, and the gods have grown restless. It is for this reason that I unleashed a steady, howling wind from right-center field Tuesday night, to protect the water from the siege, and to punish the mortals for their arrogance.

What hubris, Mike Matheny, to start Randal Grichuk and leave Peter Bourjos, Defender of the Outfield and Preventer of Runs, on the bench. You tempted fate as you mocked Travis Ishikawa. Your Cardinals were brought low, as by my caprice, Ishikawa’s fly ball was blown into the gap for a two-run double.

Grichuk pursued and pursued, but never overtook his quarry, forever reaching like Tantalus as the bases cleared. (Still, I am a just god, and Grichuk was later redeemed with a game-tying home run.)

All of our postseason coverage!
The vengeance of the gods rains down on all men. The winds at my command bring rain upon the young and the old, the righteous and the wicked alike. And so, too, on both the Cardinals and the Giants. For Matheny was not alone in his hubris. In even-numbered years, the Giants have come to believe that we gods look upon them with particular favor, having visited the unexpected blessings of Panik and Vogelsong upon them, and having brought upon their enemies the most horrific plagues imaginable: Cody Ross and Brian Wilson.

But not always. As Grichuk searched in vain for the fly ball, so, too, did Hunter Pence, who was once favored of the gods, but on Tuesday ran in search of his own uncatchable prey: Kolten Wong’s two-run triple. Pence ended farther from the ball than when he started, all the way turning frenetically like the seasons I command.

But was it I who humbled Randy Choate, the relief pitcher who was created with the ancient Titans and who has witnessed the turning of the seasons since the world was young? Did my winds relieve him of his command and compel him to throw the ball away on a bunt from Gregor Blanco with the winning run on in the bottom of the 10th?

I am a powerful god and a just god, but I am not a mischievous god. I have humbled the arrogant men of baseball, but I have made their battle a fair one. Man was fallible long before I became involved with baseball; I had no hand in the collapse of the ancient House of Choate.

A likable team that plays exciting baseball, just broke a 28-year postseason drought, and hails from Middle America is going to have a lot of things to feel good about when it wins. On the eve of Kansas City’s return to the World Series, third baseman Mike Moustakas deserves special mention.

Moustakas is Kansas City’s narrative played out on a smaller scale. Back when the Royals were supposed to have assembled one of the best farm systems in recent history, Moustakas was one of their stars, a former no. 2 overall pick and a top-10 prospect slugging .600 in the high minors at age 21. He was poised to be a superstar, and the Royals were primed to break through as a team. But Moustakas never hit, and when he did turn into a decent big leaguer, it was as a defense-first player with a barely passable bat. It was just like how the Royals finally made the playoffs not as the slugging juggernaut they’d expected to be, but as a speed-and-defense outfit. They made it three years later than they expected, and when they did, they were overshadowed, at least at first, by the Tigers and Orioles. It was just like how Eric Hosmer’s struggles and eventual transformation overshadowed Moustakas’s.

Now, the Royals are playing their best baseball at just the right time, and you could say Moustakas, who’s hit four home runs this postseason and played outstanding defense, has been their brightest star.

Moustakas went 0-for-3 in Game 3, but he made two spectacular plays to keep the Royals close (in an inexplicably low-scoring game, considering Jeremy Guthrie and Wei-Yin Chen started it).

The first came in the fourth inning, when Moustakas laid out for a Steve Pearce liner bound at least for the outfield, possibly delivering extra bases. That was routine compared to what came later.

With the game tied at 1 in the sixth inning, Adam Jones — who might show up for the postseason at some point, or might not — popped up a foul ball behind third base. Moustakas tracked it, paused at the railing, then leapt into the box seats to make a catch that will probably be on the cover of the Royals’ eventual commemorative DVD.

The image of Moustakas being lifted from the stands on the shoulders of adoring fans — like Rudy, or Mr. November — wasn’t the play that won the game or the series for Kansas City, but it’ll do just fine as a microcosm.