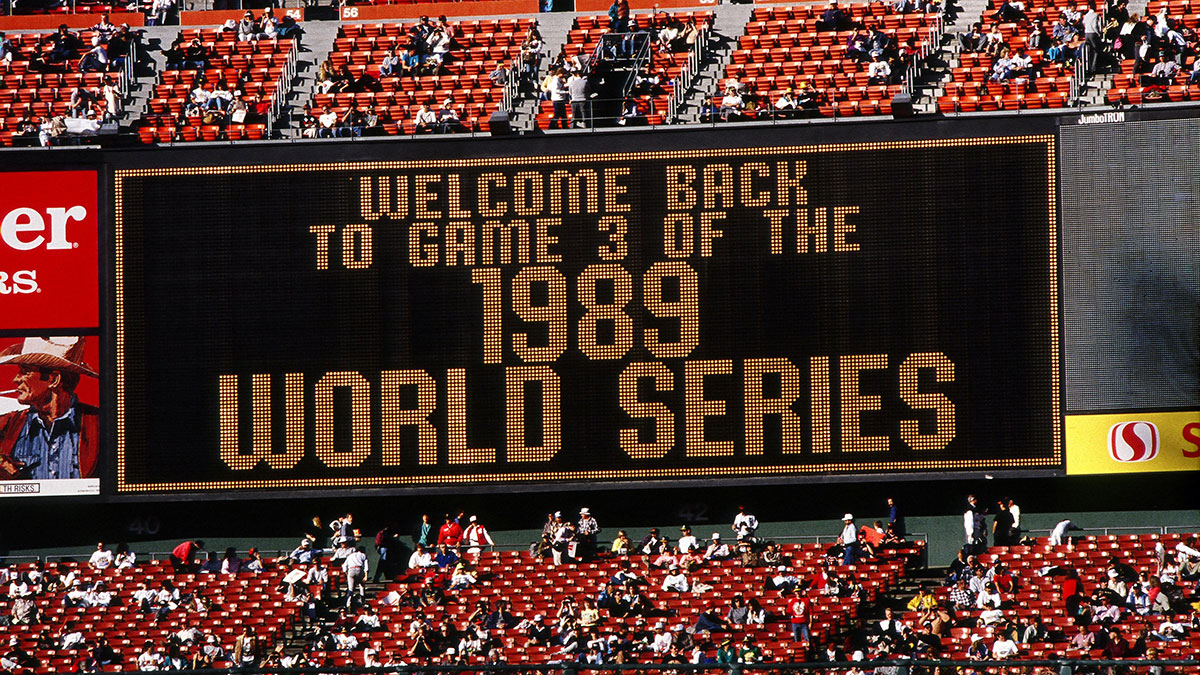 This Friday marks the 25th anniversary of the Loma Prieta earthquake that rocked parts of Northern California. The tremor occurred only minutes before Game 3 of the 1989 World Series between Bay Area opponents the San Francisco Giants and Oakland Athletics. The latest 30 for 30 film, The Day the Series Stopped (airing tonight at 10 p.m. ET on ESPN), tells the story of players, officials, and the citizens affected by the 6.9-magnitude quake through archival footage.

Last October, we published “Rocked,” an oral history of the 1989 World Series by Bryan Curtis and Patricia Lee. The following is an excerpt:

Brett Butler, Giants outfielder: My brother was in the upper deck. He’d gotten up to get a hot dog. When he came back, part of the roof had fallen in his seat.

George Vecsey, columnist, New York Times: There was like a lip, an overhang on the upper deck — it was like just-poured cement. I thought, Gee, if that breaks loose it’s going to slide down and decapitate the whole section.

The Day the Series Stopped airs tonight at 10 p.m. ET on ESPN.

MLB Overnight: The Royals Beat the O’s, the Giants Beat the Cardinals, and the God of the North Wind Spoke