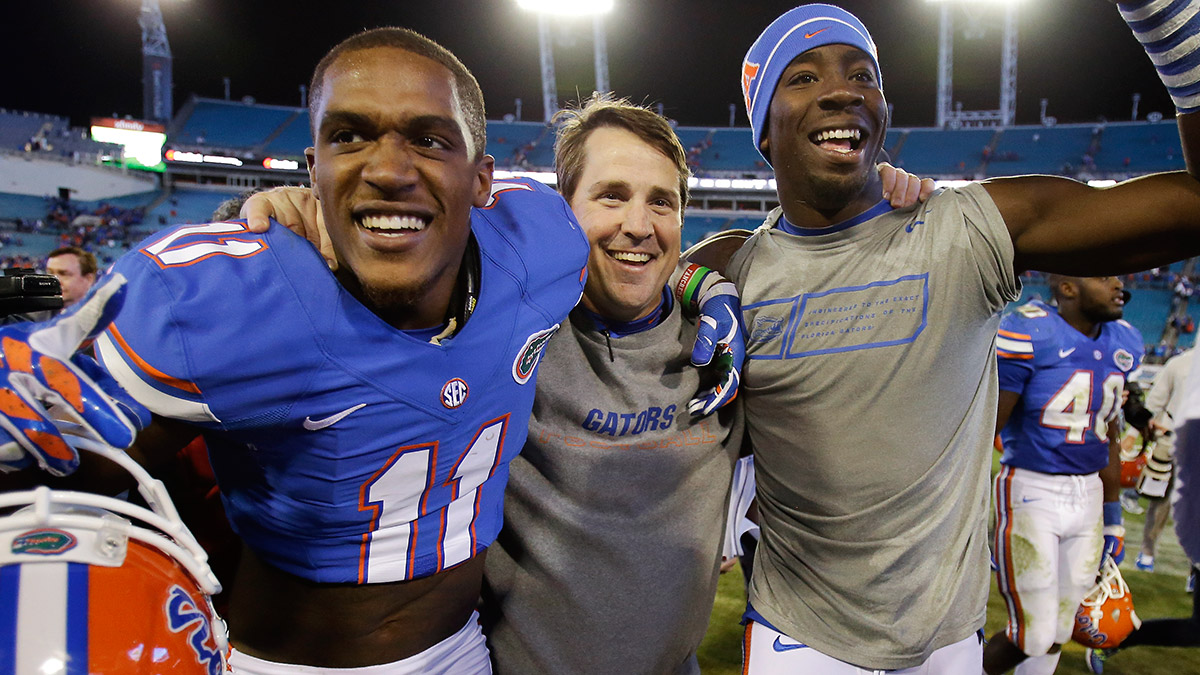 Celestial Recalibration of the Week: “I Got a Rock”

Sometimes you’re Charlie Brown, and your grasp of spatial reasoning tatters your costume. Sometimes you’re Linus, flattened under the gourd-weight of your own beliefs. And every once in a very great while, you’re the no. 1 team in the country, and you need a last-minute interception to avoid an upset courtesy of the team that last won a conference game in 2012. We’ve all been in weird places. And if we haven’t, this year seems a particularly opportune time to go there.

With roughly a third of the season remaining, all of the following scenarios are still possible: a five-way tie for first place in the Big 12; Duke spoiling a seven-way tie for first place in the ACC Coastal; and the UCLA-Oregon Pac-12 title game we first predicted and then wrote off. Colorado State could end up in an access bowl. Western Michigan is bowl-eligible and it’s barely November. And the Florida Gators are still technically in play for the SEC championship game.

Of course they are.

But the personnel losses stand out the most this week: Star Ole Miss receiver Laquon Treadwell, whose final play against Auburn was reversed from game-winning touchdown to victory-snatching fumble and who sustained a gruesome fibula fracture on the catch-and-run; Notre Dame walk-on linebacker turned defensive captain Joe Schmidt, who’s out for the remainder of what’s still a high-potential season for the Irish with a fractured and dislocated ankle; and Washington State quarterback Connor Halliday, whose career was taking off at last but ended Saturday in a howl of pain on his home turf, with a broken leg. Their teams are poorer, and our experiences paler, without their presences. Godspeed, all of you.

He’s not everybody’s favorite dude, and that “dream job” thing won’t ever go away — ever — but give the guy his due: Edsall, in the space of one postgame afternoon, got off a “That’s not who we are” as though he truly believes intentions and not actions determine defining characteristics, then dropped a “Let the rivalry begin” after a win that moved his team to 2-35-1 all-time versus Penn State. Edsall’s straight-faced heel game is without peer.

Graven Idol of the Week: The Most Opportune Referee Alignment in Recorded Human History

A copy of this photograph should be included in the orientation packet of every major-college football program, to be held aloft at appropriate moments. It should be as common in homes of football fans as fire extinguishers. It would be all right if it were inlaid into a marble mosaic on the lobby floor of NCAA headquarters. It’s not asking a lot.

Because in our national quest to plumb the depths of Floridian misery, we’ve found something else Muschamp is not good at: Being a sleeper agent for Georgia.

Get your holiday orders in early.