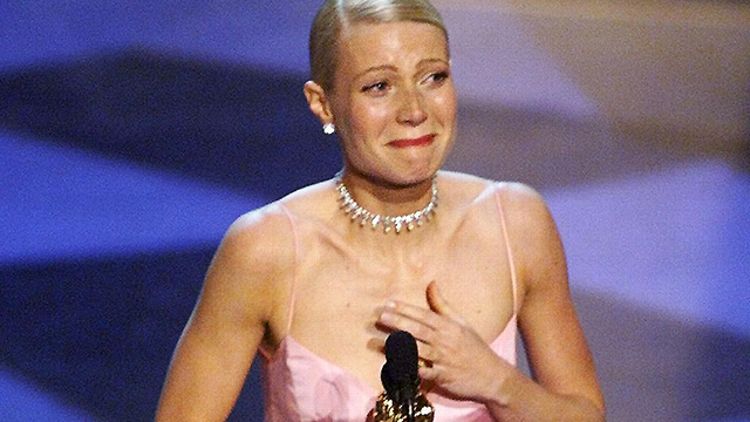 As our Oscar Travesty Bracket draws to a close (vote now in our finals round!), the Grantland staff takes a moment to honor the travesties that didn’t make the final cut. These may not be the most big-name snubs or the most high-profile humiliations, but they’re the ones closest to our hearts. So before we crown the Travesty of Travesties tomorrow, give us a moment here to grieve.

Bill Simmons: John Travolta’s Saturday Night Fever performance was one of the great “Nobody else on the planet could have done it” performances of the last 40 years. Which ultimately is how all Academy Award candidacies should be judged (at least in my opinion). Name me the last conversation you had about Richard Dreyfuss in The Goodbye Girl. You can’t. Travolta owned this movie, made it iconic (with help from the Bee Gees), created an unforgettable character and kept the disco era alive for five extra years. Maybe he didn’t win the Oscar, but at least YouTube appreciates him.

Bill Barnwell: One tragic oversight from the Oscar Oversight Committee was throwing possible snubs-to-be into the bracket over Adrien Brody creepily forcing himself on Halle Berry after winning Best Actor in 2003. I can forgive a guy for being smitten with Berry and being caught up in the moment, but consent is still a cool thing to have on your side after you’ve won an Oscar, right? And Brody’s post-makeout comment, “I bet they didn’t tell you that was in the gift bag”? That’s some shit even the Workaholics dudes wouldn’t try to pull off on Valentine’s Day. And I won’t even get into the fact that Brody won the Oscar for his role in a freaking Roman Polanski movie.

Fortunately, Creep Don’t Lie. Brody’s career since winning the Oscar has been middling; he’s now a mid-level member of the Wes Anderson troupe and, alongside M. Night Shyamalan after starring in The Village, a reminder of just how stupid we were in 2004. His most memorable role of the past few years is as one of three shaving buddies in Andre 3000’s proof-of-life Gillette commercial. THIS IS WHAT YOU GET WHEN YOU MESS WITH DANIEL DAY-LEWIS AND DON’T GIVE HIM THE OSCAR FOR BEST ACTOR, ACADEMY.

Sean Fennessey: When we began assembling candidates for the Oscar Travesties Bracket, a select few entered a star chamber and rewatched this. And it was grim. As Paltrow quivers and quakes her way through this thunderdome of pretension (“The greatest one who ever was, Meryl Streep” — TURN IT OFF), we can see the earliest formulations of what would come: Shallow Hal, GOOP, The Coldplay Marriage, those Glee cameos, the weird friendship with Mario Batali, the existence-questioning double dates with Hov and B, the forced chemistry with Iron Man. We knew she would become unmanageable soon, and maybe we should have foreseen all of these developments. We only have ourselves to blame for this monster.

Mark Lisanti: Lebowski is too often marginalized as a “cult movie” or a “stoner movie.” The former categorization is fair in that it takes into account the slow burn of its popularity; the latter completely misses the point. Yes, The Dude smokes a lot of weed, and it’s an indelible part of his character, but nobody calls O Brother, Where Art Thou? a “pomade movie” or No Country for Old Men a “coin-flipping movie.”

The Big Lebowski is, however, a perfect movie. And it went totally unrecognized during the Shakespeare in Love Oscars, which, you may have heard, were pretty controversial.

Academy members: May The Jesus have mercy on your eternal souls.

Emily Yoshida: This isn’t even the rudest example of the 77th Academy Awards’ efforts to trim down the ceremony’s run time — that would be when the presenters walked back to the shadowy corner where they stick the Animated Short nominees’ folding chairs and forced the winners to give their speeches right there in the aisle; if the technology had been slightly better in 2005, I’m sure the producers would have let the presenters shoot the segments on their iPhones. Host Chris Rock would later compare the bizarre presentation method to a McDonald’s drive-through, which was pretty much accurate. Now, quick, let’s go back to telling the people at home how valuable and magical the cinema is through a series of high-budget interpretive dances, but for heaven’s sake, don’t make them wait for some out-of-shape sound editor to walk 30 feet to a podium.

Sarah Larimer: Are you kidding me? Get out of here with this. If the Academy has to have a Best Original Song category (debatable), can it at least pretend to care about the vote? These are the Muppets. Show a little respect. At the 52nd Academy Awards, “Rainbow Connection” — a song that I’m fairly certain still makes my mother, a grown human, cry — lost to “It Goes Like It Goes,” a song I had never actually listened to until Tuesday night. Very cool. Kermit and his banjo would eventually be avenged three decades later, when Bret McKenzie’s “Man or Muppet” won in 2012. “It’s an honor to get this because ‘Rainbow Connection’ didn’t win an Oscar, but there’s no doubt that that song is, you know, an absolute, timeless classic, and this is nothing in comparison,” McKenzie said at the time. Truth, Bret McKenzie. It is an absolute, timeless classic. Oh, brother. What a disaster!

Rafe Bartholomew: Without checking the nominations, I feel pretty safe in assuming that “Fight to Survive” from Bloodsport was snubbed in the Best Song category at the 1988 Oscars. Every time I hear this, my brain says “matté,” I start mumbling “KU-MI-TE! KU-MI-TE!” and I know that I have no choice but to spend the next 90 minutes watching Forest Whitaker stab dumplings with chopsticks, Bolo Yeung bounce his pecs, and JCVD practice his splits. OK U-S-A!

Charles P. Pierce: There is nothing at all to love about the 1982 Best Picture competition. At its best, Hollywood literally created three distinct film genres: the Western, the fantasy, and the romantic comedy. In 1982, the two latter categories were represented by, respectively, E.T. and Tootsie, both of which are easily at the top of any list of the best in their individual genres. (Given the current Apatowing, and the endless parade of bro-dude-wallowing, Tootsie might well be said to be the last great romantic comedy aimed at anyone with an IQ higher than that of a racquetball.) Given a chance to honor either one of them — and, therefore, its own history — the Academy chose to hand the trophy to … Gandhi, an earnest and endless plod through the seriousness that the Academy insists comes along with a British accent, even when, as in this case, the British are the villains. (Gandhi‘s win, of course, was preceded by the 1981 Best Picture award handed to the inexcusable Chariots of Fire.) Here’s what I think: E.T. was more entertaining, and Dustin Hoffman looked better in a robe than Ben Kingsley did.

Dan Silver: The King’s Speech beating The Social Network was included on our Oscar Travesties Ballot, but for me, this mockery was only the poisoned cherry atop the vinegar-and-sewer-flavored ice cream sundae that was the 83rd Academy Awards. As I’ve matured mentally and emotionally, I’ve worked to no longer react like a manic undersexed teenager to the announcements of the Oscar nominations and winners. And I think I’ve gotten quite good at it, to the point where the act of watching the awards show now feels more like a mandatory annual task so I can retain my treasured membership to the Douchey Cinephile Guild. But I’m only human, and as such I’m predisposed to slip up. And the Oscar moment that most violently knocked me off the restraint wagon was Tom Hooper beating David Fincher.

I am not one of those people who thinks Fincher can do no wrong (partial lie; I’ll defend Alien 3 and Panic Room to the death, but seeing a single frame of The Curious Case of Benjamin Button puts me right to sleep), but I am one of those people who thinks The Social Network is one of the finest American-made films of the 21st century. Fincher interwove and seamlessly joined the plot, visuals, and ohhh the beautiful score with the underlying themes, in the tradition of such great forebears as Citizen Kane, The Graduate, and even Fincher’s own Fight Club. My ire was brought on because I genuinely believed Fincher and The Social Network were going to break the time-honored Oscar tradition of the best man losing. But instead, custom abode and D.F. was beaten by a guy whose “fresh take” on the period piece was to employ an overabundance of handheld action and Dutch angles. (Note: Like Luis Gonzalez singling off Mariano Rivera, the clip above is one of those things I couldn’t bring myself to actually watch. It just hurts too much.)