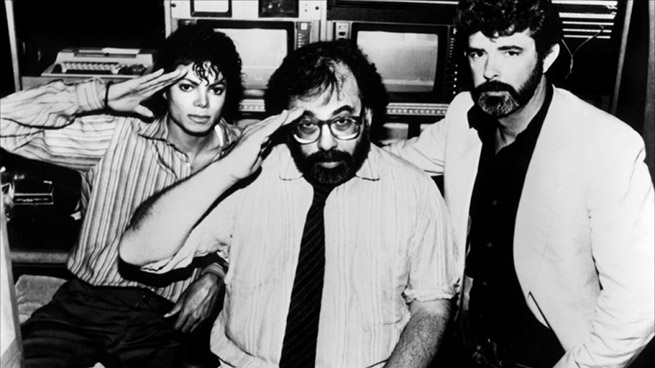 While it’s certainly not the worst thing that can happen to a human by a long shot, few things sour the mood in quite the same way as a disappointing film by a beloved director. You’re out 12 bucks, and you have to clear out the rest of your weekend to rewatch their good stuff again, just to paper over all the bad vibes. That is, until your friends at Grantland arrive to help you relive cringey disappointment all over again.

Daniel Silver: The way I tend to my DVD collection is a cross between Rob Gordon’s LP collection in High Fidelity and Don Corleone and his orange grove. It’s vast, inexplicably organized (by distribution company and their current and former subsidiaries), and cultivated with great care. And I’ll purchase almost any film to complete a director’s CV. If there’s a missing entry, it’s a pretty solid barometer of how I feel about that film. So as one goes from the Columbia shelves to the 20th Century Fox shelves to the Warner Bros. shelves checking off filmography boxes of the great Lawrence Kasdan, the one glaring omission is Dreamcatcher.

On paper, this should have been a murderers’ row of a cast and crew: directed by four-time Academy Award nominee Kasdan, based on source material from Stephen King, written by Kasdan and Hollywood stalwart William Goldman (who also adapted King’s Misery), and starring Morgan Freeman and a quartet of up-and-coming solid character actors (Timothy Olyphant, Damian Lewis, Jason Lee, and Thomas Jane). But [insert sounds of gagging and disgust here] … the film was just awful. Not even Lewis’s goofy faces could save this plodding mess of an action-sci-fi-thriller, with plot holes the size of the film’s ultimate box-office loss (it cost approximately $68 million, and made $34 million domestically). At the time, I took this film’s shoddiness personally (shocked?). I didn’t understand how Kasdan, a guy appreciated by both geeks (for his writing work on the original Star Wars trilogy and Raiders of the Lost Ark) and the “respected” film community (for films like Body Heat, The Big Chill, Silverado, and The Accidental Tourist), could surround himself with such formidable talent and still serve up a stinker. Well, I tend to take the path of least resistance on that one, and just simply try to ignore it. So from now till forever, there will also be a missing piece to my Lawrence Kasdan collection.

netw3rk: Perhaps it’s unfair to pin 2003’s Hulk solely on Ang Lee. Lee — known at the time for character-driven period pieces like The Ice Storm, Ride With the Devil, and Sense and Sensibility — was tasked here with adapting a comic book character who mostly just roars and breaks things. Lee compensated for that by turning the Dr. Banner parts of the movie into a daddy issues–centric dirge that tried to retcon the source of Bruce Banner’s rage to a barely remembered childhood trauma. It’s an interesting idea that just kind of turned half the movie into a midlife-crisis therapy slog. The other half — the “Hulk breaks stuff” half — is marred by 2003-era CGI effects just not being up to the task of making stuff not look cheesy. Then there were weird choices, like above, where Lee would put in comic panel–stylized effects, complete with onomatopoeic “POWS!,” just to remind you that you are watching a comic book movie.

Mark Lisanti: It’s sort of impossible to overstate how terrible Captain EO is. And maybe it’s technically outside the boundaries of this little good directors/bad movies exercise we’re doing, as it’s not a “feature film” as we generally understand the term, and you could make an argument that it’s “for kids, shut up, you cranky old bag of dust” that I might not fight too fiercely. Perhaps your mileage varies on multimillion-dollar cinematic amusement park experiences featuring overindulged pop stars cruising around the galaxy on a ship full of conjoined Alfs and sickly Mos Eisley rejects. Maybe you’re partial to a Borged-up Anjelica Huston dangling from some wires. There’s dancing; you might like the dancing. You won’t be judged here. No one’s going to steal your childhood. That was not a Michael Jackson reference.

Just remember: Francis Ford Coppola directed this. And it actually plays better in a YouTube window than it does in Disneyland’s (disclosure: Hi, corporate bosses, you own this website!) resurrected EOdome, which you can visit any time you’re in the Anaheim or Orlando neighborhoods, if you’d like to be made queasy by outdated 3-D effects and vaguely disoriented by “rumbling” seats that feel like they’re constantly being kicked by an asthmatic fourth-grader. But at least you can pin this on executive producer George Lucas if you’re so inclined, as more early evidence his Star Wars success had driven him creatively insane. We can choose to remember FFC as perfect. Tucker: The Man and His Dream is kind of underrated.

This is my favorite Rotten Tomatoes (17 percent) review: “Barf.”

Zach Dionne: In 2001, David Wain made Wet Hot American Summer. For many people of a certain age — the “too young to know about The State” crowd (… hi) — it was a post-Sandler introduction to comedy, a crash course in how it felt to watch boundaries pushed and hilarity ensue without Hollywood sap and lowest-common-denominator gags smeared all over the place. It was also an introduction to so many funny faces we’d watch for years to come. Mainly, it was cool.

Wain didn’t direct any other films for six years, until The Ten, which was not cool. It was that group of a certain age’s first chance to go to the local art house for the communal Wain experience. But instead of a new cult classic, we got 90 minutes of funny and unfunny actors in funny and unfunny sketches that used Paul Rudd to highlight how incoherent they were. The weaker bits felt interminable — looking at you Ken Marino and “The Goof,” and you, Liev Schreiber and Joe Lo Truglio and “CAT Scan” — and the good bits were unmemorable. This clip above, the second sketch in the movie, captures the unevenness and disappointment completely.

Andy Greenwald: All of Wes Anderson’s movies are about children in one form or another. So I suppose it’s admirable that in 2007’s The Darjeeling Limited, he tried his best to think like a grown-up. Unfortunately, the messy adult realities of sex, death, and disappointment can’t be lovingly constrained in beautiful dollhouse sets nor properly expressed in elegant fonts and curated soundtracks. Darjeeling is about three bickering brothers on a “spiritual quest” in India. It’s drop-dead gorgeous to look at but painful to think about, particularly when Anderson steers into the skid of his cultural myopia. It’s a strange thing for a movie nominally about tourism to feel so much like tourism as well. Darjeeling isn’t a terrible film; it’s just wildly frustrating, like sitting in the back seat while one of Anderson’s trademark precocious adolescents tries to drive. It took a Yankee Racer trip into cartoons and the past for Anderson to get his mojo back. Leaving your comfort zone is often a good thing. But sometimes returning to it is even better.

Emily Yoshida: I thought maybe this movie would achieve some sort of nostalgic Frasier-esque charm in the nearly two decades since its release and decade or so since I last forced myself to watch it while in an Altman completist jag in college.

I’ll be honest, I had to hit stop after the harpsichord-accompanied female degradation started and Linda Hunt shook her fists at her assailant like an angry cartoon bulldog. This is a running gag, if I remember accurately, which I never will, because I will watch A Prairie Home Companion (sorry) one time for every Lohan DUI before I attempt to reassess this tired mess again.

Bryan Curtis: “From the director of Chinatown and Tess comes a comedy spectacular …” Pirates (1986), from Roman Polanski, is an archetypal bad movie by a good director. Let us count the ways. One, it’s terrible. Watch the clip. To play “Red,” the lead pirate, Walter Matthau grew a mangy beard and donned the peg leg and spoke — I’m assuming it wasn’t a dub — in a wavering British accent. Despite all that, we are faced with an inescapable truth: Walter Matthau is playing a pirate in a comedy spectacular by the director of Tess.

Two, Pirates does not feel like a Polanski movie, unless Polanski did some uncredited reshoots on Hook. Pirates was filmed when Polanski was in “exile” for the rape charges he faced in California. It didn’t turn out to be much of an exile. In France, Polanski was hailed as a genius, reportedly dated Nastassja Kinski, and was given millions to make movies. (Pirates cost more than $30 million.) It’d be nice to add another joke here, maybe about Renny Harlin and Cutthroat Island. But two decades later, the Pirates casting process resulted in more sordid allegations against Polanski. Pirates is only for biographers, pirate completists, and the morbidly curious.