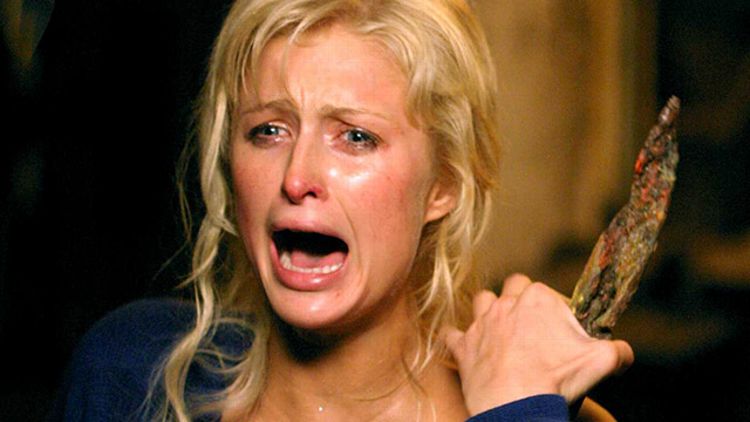 This weekend, Carrie, like so many other classic horror films before it, gets a modern update starring Chloë Grace Moretz and Julianne Moore. And we’re honestly not sure what to expect. History has proven that these things generally go badly, but in the right hands, a reinterpretation of a great scary movie can really work. Here are our picks for best, worst, and best-worst horror remakes.

Sean Fennessey: They’ll tell you it was 28 Days Later that reignited the zombie boom and brought us to these Walking Dead megalith times. Don’t believe it. That’s a great movie, and a surprise hit. And Danny Boyle and Alex Garland deserve their due for forwarding the fast zombie movement. But the American product that clinched it came courtesy of a promising young filmmaker named Zack Snyder. What a shame about Snyder. He has so many dreams, so many visions of grandeur, so many budgets to manage now, when he should have just stuck to horror all along. Somehow zombie apocalypse is less upsetting than super-aliens-bash-each-other-into-Manhattan-skyscrapers apocalypse. Somebody get this guy a good werewolf script.

Mark Lisanti: Did you click the play button? You did? What the hell is wrong with you? Did you know that the original version has Rutger Hauer? I mean, yeah, Ned Stark, I get the temptation. But the original had Rutger Hauer. And C. THOMAS HOWELL. C. THOMAS. HOWELL. And a severed finger in a side of french fries.

Just hit stop on that one and hit play on this one. Don’t mess with perfection. I don’t even know why they bothered to remake it. It’s like trying to grow a mouse’s ear on the back of David.

Tess Lynch: Marlon Brando wore so many different hats — and veils, and buckets — in this 1996 remake of The Island of Dr. Moreau, even though he didn’t get a ton of screen time. It was so bad, yet I think about it often, mostly when I’m daydreaming how I’d like to dress when I’m in my eighties (loose white tunics and tropical vests) or composing duets to perform with my mini-me. Leonardo DiCaprio is so brave for attempting his own updated version of the H.G. Wells classic. There have been more good adaptations than bad ones, but boy was this one bad.

Daniel Silver: When I was just a wee cinephile, Wes Craven and Sean S. Cunningham’s The Last House on the Left (1972) was the über-elite of horror films. This is pre-Wiki anything, so the stories of it being censored and banned across the globe only made the film that much more buzzworthy. To this day, I deeply admire its simplicity. Both from a production and narrative standpoint (shot primarily handheld, in very few locations, with minimal characters), and its unflinching depiction of emotional, mental, and physical brutality.

The 2009 remake came at a time when torture porn horror was a full-blown virus, infecting every needless reboot of classic horror films like The Texas Chain Saw Massacre, Halloween, Friday the 13th, and The Hills Have Eyes. So despite the supposed involvement of Craven and Cunningham I was incredulous. But then came the trailer. And, oh my, what a trailer it was. Next to the original Alien, this is my favorite trailer of all time, and it convinced me to trust the remake. By the 90-second mark, when most horror movie trailers would dip into hackneyed rhythmic editing and bombastic sound design, this trailer goes the other way, using the eerie, almost childlike Taken by Trees cover of “Sweet Child O’ Mine.” It was more ominous and disturbing than any of the horror movie trailers shown alongside it.

This approach carried over into the actual film as well. Gone was the almost voyeuristic feeling of the original, replaced with more locked-down, composed visuals. Consequently, the remake is slightly too polished in its production value for my taste. But the cast is great (always love me some Dillahunt, and yes, that’s Aaron Paul), and the filmmakers are very respectful in their interpretation of the original’s story, theme, and tone. As far as successful remakes go, I place this one right alongside Cape Fear, Cronenberg’s The Fly, and Carpenter’s The Thing.

netw3rk: Of all the jump-scares and science-gore moments in John Carpenter’s The Thing — a remake of Howard Hawks’s 1951 sci-fi picture The Thing From Another World — this one is the best. What’s great about The Thing is the way its monster’s abilities allow the story to avoid the horror trope of characters wandering off by themselves. The alien life-form hunting the residents of this isolated arctic outpost can shapeshift its appearance and take on the personality of any organism it touches. This means that instead of needing to rely on some plot device to get characters to split away from the group in order to become victims, The Thing can be in the same room as all the characters. It can be one of the characters, and the paranoid tension that generates is really cool. Eventually, our hero MacReady figures out that each individual piece of the alien is self-aware, right down to the blood cells. So he rigs up a simple blood test to figure out which person isn’t what they appear to be …

Zach Dionne: The Omen, the one that premiered on 6/6/06 and came as close to retroactively ruining a classic as possible, was one of the most agonizing theatergoing experiences I’ve ever had. I dragged at least a dozen friends along, hoping, for some reason that had nothing to do with Liev Schreiber or Julia Stiles, that a new Omen could be good, or at least fun. I can’t tell you note for note why it was so awful, mostly because I just celebrated my seventh anniversary of blocking out the whole situation, but this stoned, simmering rage-monster on YouTube can eloquently walk you through it. He has seen the original more than 150 times and he has so much to say. (Conclusion, at nine-ish minutes: “I’m sick of seeing red. The original Omen didn’t show you red on every fuckin’ scene. This is stupid. Stupid. I’m gonna have to smoke a bowl, this is ridiculous. This is fuckin’ ridiculous, this whole movie. These kills were cool, though. I will admit the kills were cool [coughs].” Also, the 1976 original is just chilling on YouTube.

Amos Barshad: The year was 2005, the Pacers had just decimated the Celtics in Game 7 of their first-round series, and me and my dudes stumbled out on Causeway — bereft, confused, all but alone in the world. And there was only one salve that seemed to make sense: get boozed and go to a late showing of the remake of House of Wax. This was when people were still putting Paris Hilton in movies, which feels just delightfully archaic now, but the big pull for us, as I recall, was that the trailer featured some fresh-faced young man gazing about in horror, during some big reveal, and actually delivering the words “All of these people are made out of wax!”

We loved it so much, and couldn’t stop repeating it every three minutes. Slug brew, stare off into the middle distance, “All of these people are made out of wax!” and repeat. There was a powerful, simple elegance there; also, it was certainly healthier than imagining strangling Jeff Foster over and over. Anyway: I just rewatched the trailer, and no one actually says “All of these people are made out of wax!” We made it up? In retrospect, pretty weird thing to do! But, look, it was a really bad loss, and a very vulnerable time for us. And so? If we made up dialogue to House Of Wax, and Paris Hilton getting gratuitously and viciously speared through the forehead did, in fact, made us feel a bit better? That’s not something I feel the need to apologize for.

TL;DR: Hey, check out Paris Hilton getting gratuitously and viciously speared through the forehead.