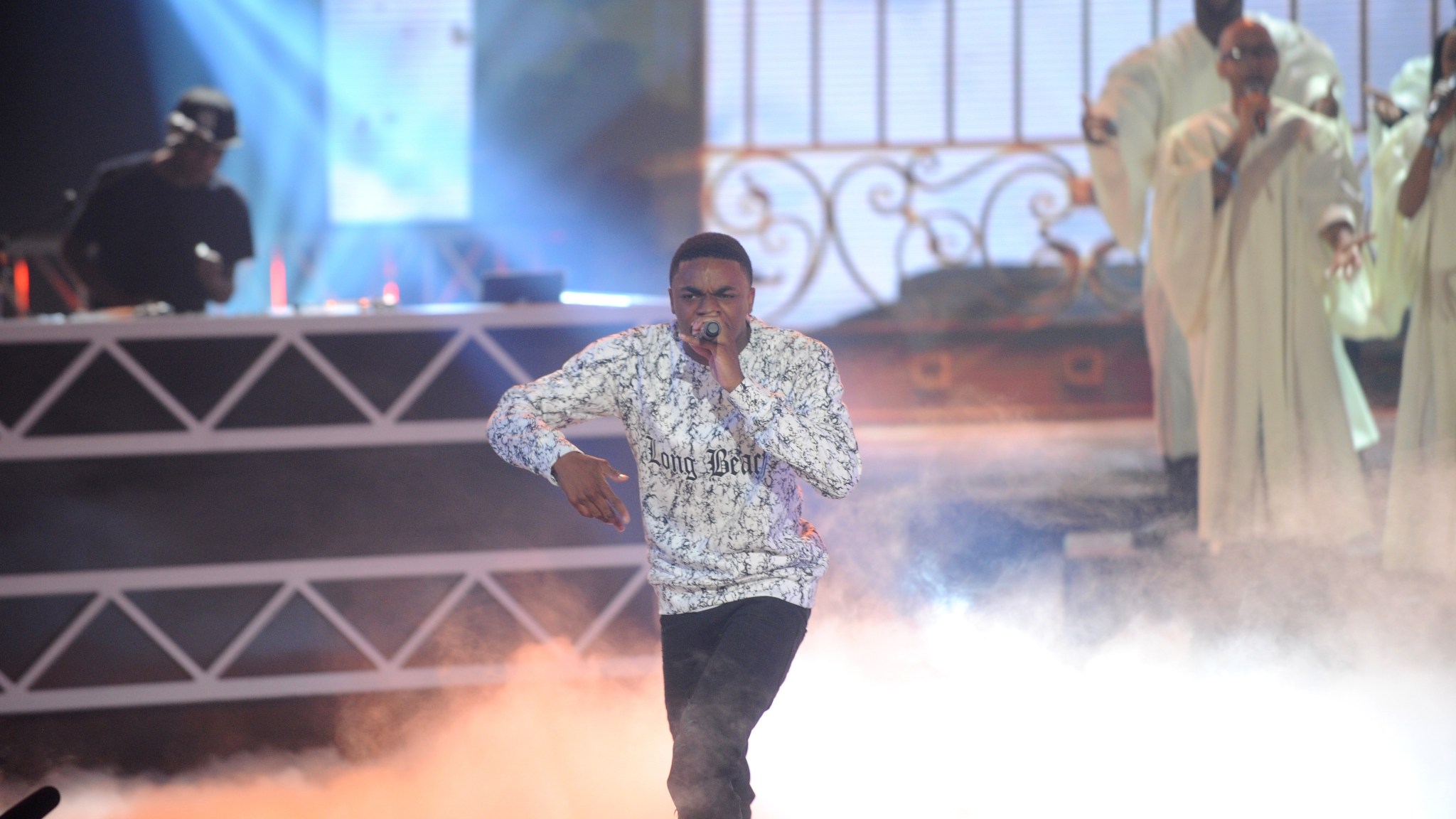 In the last few months, we’ve been uncommonly blessed with a glut of new bangers from promising young rappers across the board and across the country. (OK, OK, mostly from the Atlanta part of “across the country.”) And seeing as we here at Grantland aspire to be nothing if not minorly, intermittently, and fleetingly helpful, we thought it might be nice to go ahead and catalogue, in brief, some of these fresh punim. Herewith, a consumer guide to finding your new favorite rapper.

We’re already on the record as being in the bag for young Cali kid Vince Staples; as his new EP Hell Can Wait now demonstrates, we were right to be. Vinny’s official Def Jam debut is just seven songs, and that’s counting the monstrous “Blue Suede” and the potent “Hands Up,” both grooves you may have already worn through on your vinyl. 1 But the leanness is a great move: Hell is B.S.-free, just cooked-down dread and heat. And yes, Vin, screaming out that you’re “probably finna go to hell anyway” is certainly one way to freak out a priest.

The phrase “J. Cole protégé” may not necessarily engender goodwill, but don’t let that let you sleep on Cozz. The 20-year-old MC, now signed to Cole’s Dreamville, feels like a particular type of post-Kendrick L.A. kid. On his debut, Cozz & Effect, there’s a wearied, troubled bent to his shit-talking, but that doesn’t make it any less incessant or face-punch-y; on the standout “I’m the Man,” Cozz brings exactly the kind of completely unearned FUCK-YOU-ALL rambunctiousness I always wanna hear from brand-new rappers. (Perhaps he was taking private lessons from Riff Raff?) And let’s not overlook the low-key brilliance of giving yourself a rap name that can be easily punned off of.

The Rich Gang tape — a full-length collaboration between Young Thug and Rich Homie “Yep. Yep. Yep. STILL GOING IN” Quan, with just the right sprinkling of Birdman spazzing about, like, Viking stove tops and high-end Nespresso machines and shit — is another one you may already be quite familiar with. In which case, you are living life right. Technically, Thugger leans idiosyncratic and Quan’s the populist, but it’s not like both of these dudes don’t know how to drawl their way into an earworm melody on anything from the hook to the verse to the intro to the bridge to the goddamn pre-chorus. Which means this is just some supremely, unabashedly catchy gangster shit right here (“I came right out of Haiti with rabies and scabies on my baaaaby”??!!!!!). Also, on “Givenchy,” Birdman brags about his “golden toilets” but pronounces it “golden turlets,” and that’s pretty cool.

In the last few years, we’ve gotten some truly great minimalist boom-bap from some ex-industry also-rans. First Roc Marciano, who used to run around with Busta’s Flipmode, became an underground don with the (legally-obligated-to-be-described-as) steely Marcberg. Then Ka, who enjoyed minor backpack-rap fame in the early ’90s, resurrected himself with an even-more-hushed take on the style. Now the Stifler-and-mushrooms-loving Retch is carrying the torch. His mixtape Polo Sporting Goods, from late last year, sampled Israeli folk and and nabbed Bronsolino guest verses and augured great things. Well, here comes “Amedei Porcelana,” off the upcoming Finesse the World, to get us amped again. By the way, as Retch explained to The Village Voice, “Ademei Porcelana is like the world’s most expensive chocolate. The word doesn’t really relate to the song that much — that’s just how I name my songs, you know — but that’s what it stems from. How does Ademei Porcelana chocolate taste? Shit, like any other chocolate.” Jesus, this bangs.

The Atlanta collective centered around Awful Records (including lovable weirdos like Archibald Slim and Lord Narf) is being pushed as the new Odd Future, which makes Awful ringleader Father the new Tyler, the Creator. But let’s forget about their theoretical empire-building for now and focus on the tunes: Young Hot Ebony, the Father tape from September, is cool, detached, and wonderful.

“Look at Wrist,” co-starring the kid Makonnen, is the breakout, which makes its aggressively lazy video all the more endearing.

(Possible pre-production discussion point: “Bro we got an office chair and a Zack Morris phone bro what more do we need?!”)

“Why Can’t I Cry $$$” — “Why can’t I cry money instead of tears” — is straight-facedly absurd and it slays me. “Dossier” — “Who is you? Let me check your dossier / oh she cool, pass the Courvoisier” — is goofily schizophrenic. But “2 Dead, 6 Wounded” is the one. “Two dead, six wounded,” Father chants, in his dead-eyed trance, giving us the straight newspaper headline, before going in with the greatest flat affect you’ll get this side of Martin Starr: “That’s what you get for not rollingasaunit / Why you claiming Buddhist? / just a second ago hollering out ‘let’s do this’ / ‘oh my crew this’ / ‘oh my crew that’ / but according to these bitches, boy, you Judas / last time I checked you ain’t even have no bullets / so don’t be coming around talking about your shooters.” Good luck getting it out of your head for the next two weeks.

“I got clowned at school,” Atlanta’s Rome Fortune tells Complex in a recent interview, while rocking only the top half of a sleeveless polo. “People didn’t really fuck with it. They thought it was weak.” In retrospect, that his study hall peers didn’t immediately gravitate to his music was both auspicious and sensible. He is a bit out there.

On the new Small VVorld, Rome pulls in outside genre folks like Blood Diamonds and Bassnectar for production, but, as Stereogum writes, “The end results don’t sound like EDM festival-bait. Instead, these guys are doing some of their most diffuse, evocative work, never mashing the tempo but instead using their synth-beeps and bass-swells doing more contemplative things with them.” And let me say: Some of this is just lovely.

OG Maco, Rome’s buddy and fellow ATLien, is currently enjoying the breakout radio success of his piano-key-plonking delight “U Guessed It.” His most recent tape, Live Life, is from February, but 2 Dope Boyz says he’s now “prepping an upcoming collaborative mixtape alongside [producer] Cardo slated to arrive some time next week.” In the meanwhile, might we interest you in some AutoTune?

Man, another dude from Atlanta. What are they putting in the water in Fulton County?! I guess some kind of top secret government serum that makes you rap in good and interesting ways?!